Now You Know Everything About Music Licensing for Films 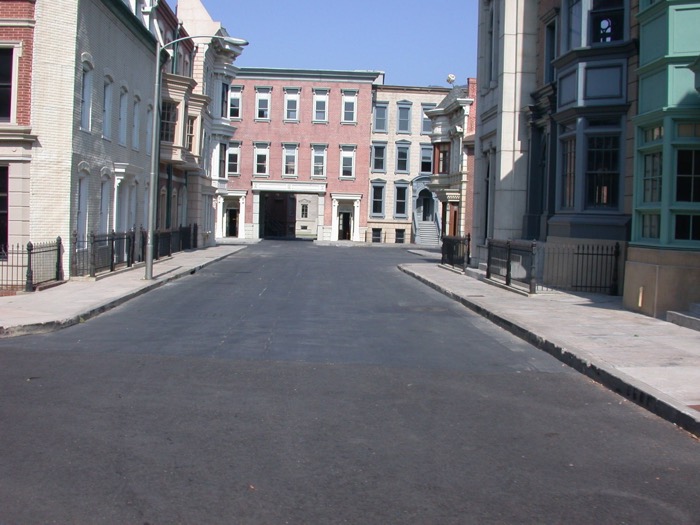 This is the sixth installment of an 11-part series on music industry agreements by attorney and legal author Steve Gordon, author of The Future of the Music Business (Hal Leonard 4th Ed 2015).  Steve’s earlier installments covered contracts for indie producers, synchronization licensing, management agreements, music publishing agreements, and production agreements (from hell).  Robert Seigel is a co-author of this piece.

Composer agreements have two forms: the creation of a movie’s music and the recording and music licensing of an unreleased song. If you are a filmmaker seeking previously recorded and commercially released music, you may be interested in reading Part II of my book, The Future of the Music Business, which includes a comprehensive discussion on how to clear music for movies.

Producers should be aware of at least one fact: licensing popular prerecorded music can be very expensive!

For instance, one of the authors of this article recently received a quote of $50,000 for a Tom Petty song for a feature film, even though the movie was a low budget Dutch language film with small commercial potential.

This article aims to help musicians who have been offered the chance to write new music for a film. For filmmakers reading this, know that hiring a composer for your movie can save you a great deal of money.

The key terms of a contract between a film producer and a composer are:

In a normal agreement, the composer will do or supervise the music production in addition to writing it. The filmmaker pays the composer for this and sometimes pays for costs associated with production. This includes studio time, engineers, mixers, arrangers, and recording equipment rental. The composer’s fee may also factor in these costs as a Package Deal.

Package deals often occur with low budget movies. The producer pays to compensate the composer and covers all recording costs. The composers uses this money to pay for musicians, arrangers, studio time, and rentals, and keeps the rest. If the composer goes over budget, they pay for the costs of such overages.

However, package deals exclude certain costs that the producer assumes. If the producer hires another composer to redo the score, the producer must pay the new composer music licensing fees. The composer should try to limit the right of the producer to demand changes after delivery and to negotiate a “kill fee” in case the producer rejects the score.

Package deals often work well when a composer is using few instruments and relies on synthesizers and her own equipment and recording facilities.

Work for Hire vs. Exclusive License

A work for hire contract gives the producer total control of the music and the recordings. The producer can use or change the music in any manner. They have the right to include the music in the trailers, marketing materials, advertisements, and any other promotion for the movie.

The producer can also act as a music publisher and label by licensing the music to third parties, even if these parties have no connection to the movie. For example, the producer could license the music to anyone that might want to use it in a commercial.

While the composer has no say in the use or the music and won’t share in the profit from music licensing to third parties, they may be entitled to compensation in at least one form, like public performance.

In the U.S., there is no public performance income from movie showings in theaters, nor from distribution of DVDs or permanent downloads. However, there are royalties from showing the movie on TV or internet video on demand websites (e.g., Netflix).

Cue sheets log all music in a production and are the primary means by which PROs track the use of music in films and TV. The composer should be very careful to prepare and present these to his or her performance rights organization (PRO) to ensure that he or she will be credited. Without filing the cue sheet, the PRO will not compensate the composer.

Other ‘Work for Hire’ Considerations

Work for hire deals are standard and usually non-negotiable when a major studio hires composers. These major studios usually pay large fees. An independent producer who offers a composer a more financially modest offer will usually allow the composer to keep her music rights or at least share in the income in addition to royalties.

If a producer cannot afford to pay a composer’s customary fee, the composer may agree to a reduced fee. This allows the composer to keep publishing rights. If the composer’s music is licensed, the composer could negotiate to receive their songwriter’s fee and part of the publisher’s.

Since producers are usually not music publishers looking to exploit music rights, they may offer a reduced fee to a composer. If this happens, the composer grants an exclusive license for the music to be used in the movie and other promotional materials while gaining the right to use the music in other projects.

The producer may also negotiate the right to make a soundtrack album for the movie. The composer agreement can go into detail on compensation for the album. Alternatively, the producer and composer can discuss this payment when they guarantee the album’s release.

The agreement may set a limit to the amount of the movie’s music used in an album. This is to prevent an album of the composer’s music from competing with the soundtrack album. If a composer creates his or her own album and uses the some of the movie’s music, there will usually be a requirement to credit the movie.

Before accepting the final score, the producer has the right to request certain changes to the music. The producer also has the right to not use the score provided that they paid the composer. This is known as a “play or pay” clause and entertainment business deals use the clause frequently.

Composers should negotiate their credit carefully because good credit can mean higher fees for future works. A good option for credit negotiation is single card credit. This means that only the composer’s name will appear on the scene during the main credit sequence.

Getting music for movies can take different forms. This last agreement is for composers who have written but not produced a specific (single) song. The filmmaker wants the composer to record the song to put in a music video for the end credits. In this deal, the composer has a great deal of leverage because the song already exists. In this situation, the composer can negotiate a license rather than work for hire.

If the filmmaker wants the composer to write an original song, the contract would look more like a work for hire.

The first contract is a standard pro-film producer form of agreement. It makes all the music a composer creates and records a work for hire for the filmmaker. It also gives the filmmaker the right to demand that the composer make an unlimited number of changes in the music without the film producer paying more compensation.

The second agreement is much more composer-friendly. It is not a work for hire agreement. Instead, the merely grants the filmmaker the right to use the music in his movie and retains all other rights. The composer agrees not to license the music for another full length film for a period of time.

I hope this article makes your movie music licensing a far easier process, while giving you far greater options and leverage.

Thanks for reading! Steve.

Steven R. Gordon, Esq. ([email protected], www.stevegordonlaw.com) is an entertainment attorney specializing in music, television, film and video. His clients include artists, songwriters, producers, managers, indie labels, music publishers as well as TV and film producers, and digital music entrepreneurs. He provides music and sample clearance services for producers of any kind of project involving music. Mr. Gordon is also the author of The Future of the Music Business (Hal Leonard 4th ed. 2015).

The authors gratefully acknowledge the assistance of Ryanne Perio, Esq. in the preparation of this article. Ryanne is an associate at Manatt, Phelps & Phillips, LLP where she focuses on intellectual property litigation. They would also like to thank Clémence Barbet-Gros, a graduate law student at Lyon University, France, and Sonia Hanson, a recent graduate of the University of Minnesota Law School.