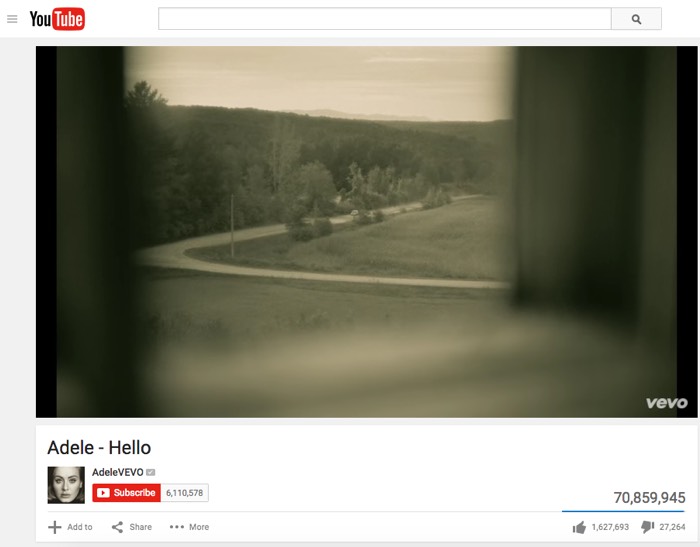 The Adele video, released on Friday, surpassed 23.2 million views within the first 24 hours on YouTube.  That edges out Taylor Swift’s “Bad Blood,” which reached 20.1 million within its first 24.  Other first-day heavy hitters include ‘Anaconda’ by Nicki Minaj, which cleared 19.6 million on day one.


‘Hello,’ released on YouTube subset Vevo, has already surpassed 70 million views as of Monday morning.  Incidentally, the track is also available on Spotify, and early Nielsen data suggests a record-breaking iTunes download figure as well.  Looking ahead, it remains unclear if Adele’s upcoming album, 25, due in November, will be serviced to Spotify or other streaming services.  In the case of Apple Music, a hand-in-glove relationship with streaming and downloads could complicate any withholding strategy.

Back in 2011, Adele famously withheld her alum from Spotify for more than 18 months, based on Spotify’s refusal to limit access to the album to premium subscribers.