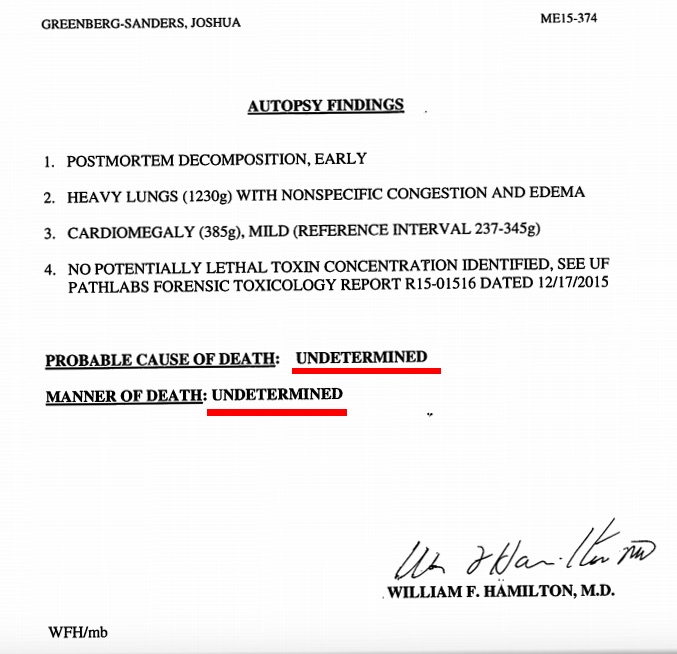 Despite incredibly suspicious circumstances, the death of Grooveshark co-founder Josh Greenberg has been ruled a ‘no suicide’ by coroners. The Josh Greenberg autopsy findings have now been officially released.

In an autopsy report leaked Tuesday afternoon to Digital Music News, Greenberg’s abrupt death was mysteriously identified as ‘Undetermined,’ with no abnormal concentrations of toxins or other unusual post-mortem conditions found.

According to official Josh Greenberg autopsy statistics, less than 5% of deaths carry this mysterious non-designation.  And a vast majority of deaths are linked to one or multiple known causes.  In situations involving otherwise-healthy twenty-somethings, the causes of death are typically violent, extreme, or suicidal. 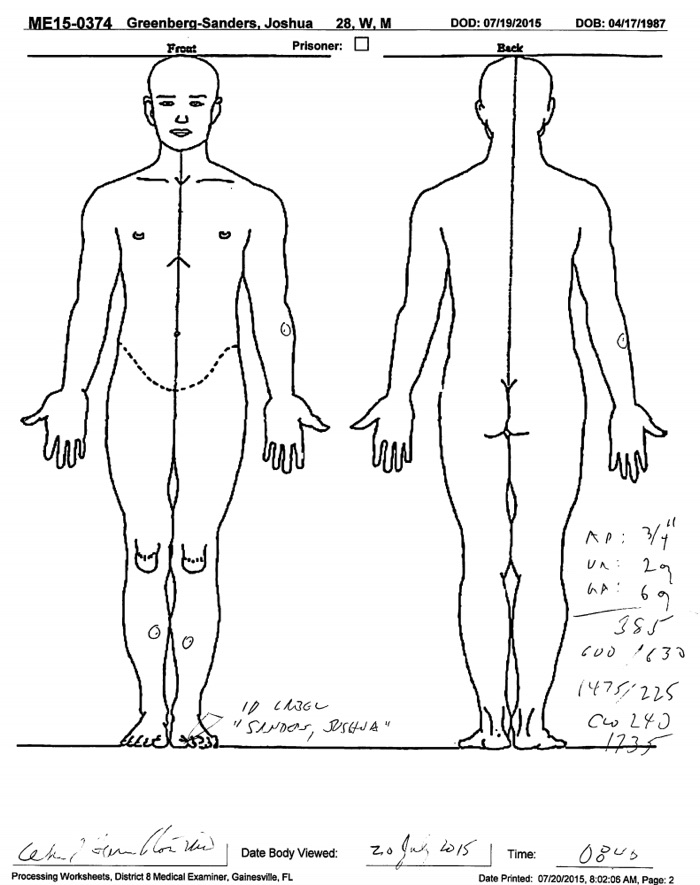 Then, there’s the strange timing of it all.  Greenberg was found dead on July 20th of this year, less than three months after Grooveshark was brutally forced out of existence by a US federal court ruling.  Grooveshark and its parent, Escape Media, battled for years against an expensive and fierce major label legal assault that was once described as ‘legal jihad’.  Escape, alongside law firm Rosenberg & Giger, was ultimately unable to defend against massive copyright liability charges.

Soon after the ruling, Grooveshark was forced offline, with a shameful apology note replacing a once-sleek, highly-trafficked interface.  Parent company Escape Media was ultimately dissolved, with Greenberg, co-founder Sam Tarantino, and other principles also losing their trademarks and other intellectual capital.

Greenberg, an otherwise healthy 28-year-old, was found dead by his girlfriend soon thereafter, with Gainesville cops reporting ‘no evidence of suicide’.  Greenberg’s mother also rushed to her son’s defense, noting that the once-proud entrepreneur had no addictions or high-risk habits.

That was corroborated by the University of Florida Pathology Laboratories, as well as toxicology findings from NMS Labs in Willow Grove, Pennsylvania.  In the end, the only toxic substances floating in Greenberg’s slightly-decomposed body were cannabinoids and various THC compounds, hardly to stuff of desperate suicide.  “No potentially lethal toxin concentration identified,” the report concluded.