How Beats by Dre Made Selling Out Okay…

If you asked a hundred people to describe a typical ‘80s music video, no doubt you would get a lot of the same answers: Cheap special effects; Loud, ridiculous outfits and hairdos; Cheesy pantomime and stilted acting; Confusing, surreal imagery; and so on.

It may take the benefit hindsight to identify the hallmarks of music videos in the 2010s, but one is already apparent: Beats by Dre.

If you’ve spent any time watching music videos since the rise of YouTube, you have no doubt seen Dre’s products littering the cultural landscape.  Beats headphones, earbuds and portable speakers have become an all-too-common fixture in the mainstream pop music video world. 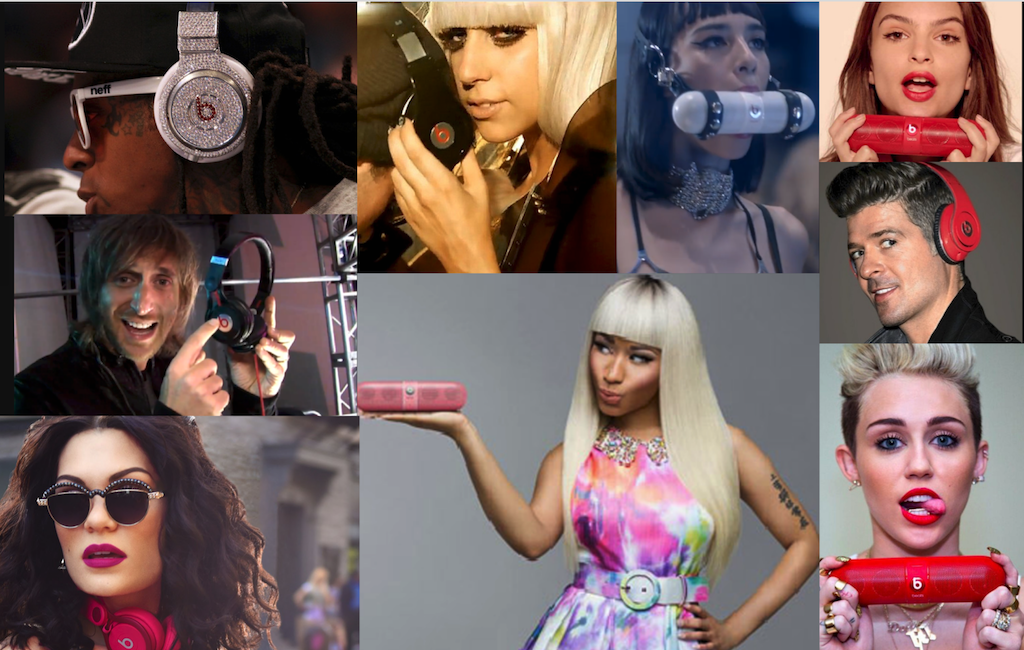 If you only saw it once, it’d be easy to miss.  They typically only take up a second or so of screen time, and as such probably wouldn’t have made much of an impact.  Instead, Dre was able to sell Beats to Apple at the end of 2014 for a whopping $3 billion.  Despite a reputation among audiophiles for being overhyped and overpriced, Beats have become the most known brand of audio equipment, using the same strategy that GEICO uses to advertise its insurance: Quantity is quality.

Just as GEICO blanketed the airwaves with ads, Beats by Dre has made its priority to be in every music video from 2006 to the end of history. Genre doesn’t matter, as long as it reaches a lot of viewers; artists as diverse as Miley Cyrus, Lil Wayne and Dierks Bentley have all let Dre use their music as a backdrop for his product.

Dre is the most notable example of someone using popular music as an advertisement opportunity, but he’s hardly the only corporate brand to do so.  To be clear, this is not the same thing as artists earning money from product endorsements, which is not new; as early as the ‘50s, Elvis Presley was recording a jingle for doughnuts.  Instead, the dominant trend is that the music itself functions as an advertisement.  This isn’t artists simply name-dropping brands they personally like either (which rappers have done since the dawn of the genre); companies instead are actively paying artists to mention their products in their songs.
It can be as blatant as Busta Rhymes’ “Pass the Courvoisier,” but it can be more subtle: Wrigley’s Gum paid Chris Brown a sizable sum to insert their slogan “Double your pleasure, double your fun” into “Forever,” one of the biggest hit songs of 2008.

Last night’s Super Bowl ad where a cell phone company forces Drake to alter the lyrics of “Hotline Bling” was more true-to-life than a lot of its viewers realized.

And whereas once this would be considered “selling out,” more and more artists see no issue with it nor experience any backlash. As just one of many examples, Pitbull began his smash hit “Give Me Everything” by openly boasting about his endorsement deal with Kodak. (The Pitbull Seal of Approval was not enough to keep Kodak from filing bankruptcy a year later. Perhaps this was not a wise use of Kodak’s money.)

In 1989, Neil Young proudly trumpeted his refusal to accept sponsorships deals in his video for “This Note’s for You,” which openly mocked Michael Jackson and Whitney Houston for selling Pepsi.  Young was celebrated in purist circles for sticking to his principles, but the idea of any artist taking such a stand now only seems quaint – even more so in the streaming era, where the already-difficult task of earning a living off of music seems ever harder. 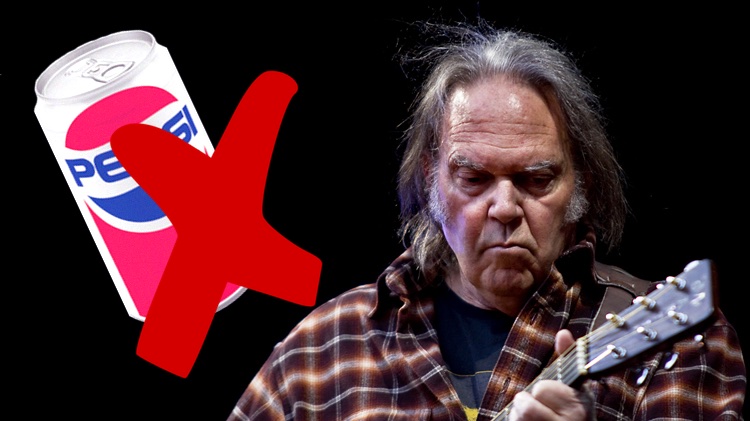 Compared to musicians literally letting advertisers dictate their artistic output, the increasing product placement in music videos seems like a reasonable concession to commerce.  After all, music videos are essentially advertisements themselves, for the artist.  But as advertisements go, they’re expensive to make and there’s no guarantee that they’ll reach any eyeballs, and you can’t buy airtime for a music video like you can with a commercial.

More importantly, the budget for them typically comes directly out of the artists’ royalties (TLC cited the expense of their beloved, groundbreaking videos in the mid-‘90s as one reason they had to file for bankruptcy). In a time of massively decreased revenue for the music industry, it’s little surprise that more and more big-name artists are looking to outside sponsorships to help cover their expenses.

Lady Gaga made flashy spectacular music videos one of her hallmarks, but from the very beginning, even before her videos became ambitious, they were using Dre’s product placement checks to cover some of the budget. But it would be a different Gaga video, “Telephone,” that would bring the practice to its absolute pinnacle.

Gaga’s eight-minute-long video was notable for many reasons, but one of them was its blatant, unashamed product placement, including such unglamorous sponsors as Miracle Whip, Wonder Bread and the dating website PlentyOfFish.com. To put it mildly, it was distracting, so much so that one could miss that a Beats laptop was featured in it as well.

“Telephone” was not an experiment to be repeated, and very few videos have let brands break the flow of the video like that since. (One exception is All Time Low’s “I Feel Like Dancin’,” which tried to use a ‘Wayne’s World’-style self-aware sendup of its paid endorsement of Rockstar Energy.  Whether this was successful is up to you, but the song and video certainly didn’t set the world on fire.)  Instead, artists are using more seamlessly integratabtle products like shoes, perfume, cars, fancy alcohols… and of course Beats headphones, a thoroughly logical choice of prop for a music video. (There’s probably an amusing alternate universe where instead of Beats, it was Miracle Whip that dominated to the music videos of the 2010s.)

That said, it can still get obtrusive.  In David Fincher’s Rat Pack-themed video for Justin Timberlake’s “Suit & Tie,” JT scrolls through some sheet music on a distinctly modern tablet. Alicia Keys’ “Girl on Fire” features Alicia as a housewife and mother circa the 1950s, but she still listens to music on state-of-the-art Sony headphones from an mp3 player. (Previously in the video she listened to music on an old transistor radio. It’s hard to believe that up-to-date electronics and designer sunglasses were really part of the director’s vision.)

Again, music videos are essentially advertisements themselves.  Very few see them as an artistic product in themselves, so product placement is seen as less of an intrusion the way it is for TV shows and movies. (Ask any Marvel fan about the Fantastic Four shilling for Dodge in the middle of “Rise of the Silver Surfer,” an extreme low point in an already-terrible movie.)

If you’d like to learn how the headphones are in terms of quality, check out this review.

Still, there may be backlash yet. The new frontier in advertising is retroactively inserting product placement into the videos of the past. Imagine it; you could soon be seeing Michael Jackson wearing some Beats in one of his classic videos. Viewers have been mostly accepting of products in their videos, but this may yet be one ad too far.

Todd Nathanson (aka: Todd in the Shadows) has been making video reviews of pop songs and one hit wonders from throughout the ages since 2009. Check out his channel!