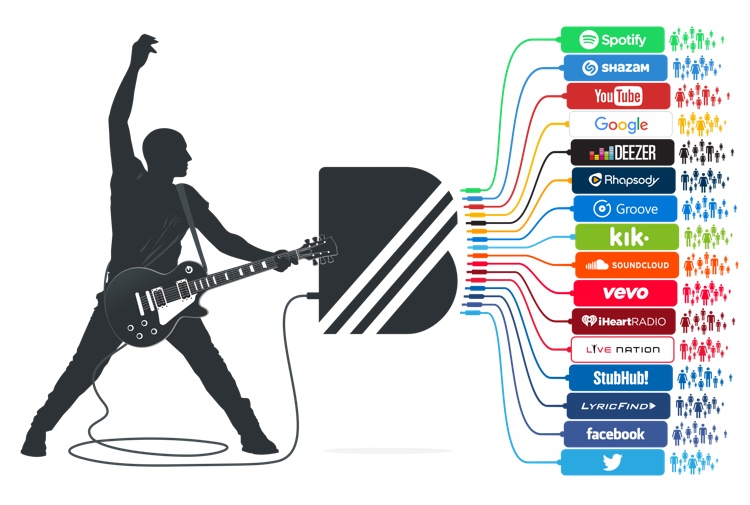 YouTube is one of the worst-paying platforms for artists.  Now, they own your trusted syndication partner.

BandPage shuttles millions of visitors monthly to artist pages, thanks to a broad network of promotional and distribution partners.  It’s a really important and critical tool for about 500,000 artists, big and small, many of whom have relied on the agnostic distribution ally to reach their incredibly decentralized fanbases and make more money.

Now, one of those distribution endpoints has acquired BandPage for peanuts: YouTube.  According to details leaked by TechCrunch moments ago, the company was dumped for $8 million, with most common shareholders getting nothing.  Bandpage’s investors, on the other hand, get to cut their losses: since inception, BandPage has raised nearly $30 million.  “Several sources I contacted refused to speak due to strict orders not to discuss the financial terms,” TechCrunch investigatory journalist Josh Constine relayed.

“It makes sense that the company would try to keep it under wraps since the price was so low.”

That write-off will probably leave artists out in the cold.  For starters, the fire-sale introduces the question of whether your complicated, BandPage-orchestrated distribution setup is about to get turned upside down.  And the answer is that it will probably undergo a bunch of changes you hate.

The reason is simple: Google, and YouTube, are in direct competition with many of the platforms serviced by BandPage.  Every morning, YouTube executives think of ways to absolutely crush competitors like Facebook and Spotify, both of whom happen to have critical, pre-existing relationships with BandPage.

The same is true for Instagram, Twitter, and a bunch of other important outlets that interfere with Google’s broader competitive agenda.

Speaking of Facebook, this isn’t the first time BandPage has been totally turned upside down.  Several years ago, BandPage was known as RootMusic, the hottest artist page builder for Facebook.  Then one day, Facebook killed tabs in favor of Timeline, and RootMusic was nearly destroyed.

The pivoted BandPage never quite recovered, and its investors have been looking for an out.  Earlier today, they got it: “Today, we take a big step forward in our mission to create a better future for musicians around the world,” the company blogged.  “We are very excited to announce that BandPage is joining YouTube, a move which dramatically accelerates our shared goal of helping musicians everywhere thrive.”

According to BandPage, the YouTube deal will accentuate, not hamper, the company’s ability to build careers across a number of YouTube competitors.  “BandPage is dedicated to helping musicians build their careers by growing their fan bases and increasing their revenue on the largest digital music services in the world,” the company said.

“By joining forces with the team at YouTube, we can help artists reach their fans in more powerful ways than ever before.”

YouTube is notoriously hostile towards artists, though most trade needed exposure for insultingly-low artist payouts.  That includes mega-superstars like Taylor Swift, who have no problem withholding content from Spotify but still play ball with YouTube on some level.  And the reason is this: skip YouTube, and you skip the largest platform in music, by a dramatically large margin.  The royalties suck, but the cost of not being on YouTube are probably worse.

That said, YouTube does have a number of self-publishing tools for artists, including ContentID revenue-sharing aspects that make it easy to manage collections.  The just-launched Red, a premium platform, offers hope of better payouts.  “YouTube already offers a global distribution platform for any artist to be discovered and some of the best self-publishing tools for musicians and other creators,” BandPage continued.  “The team has a lot of things planned to help musicians succeed on the platform, and more broadly across the BandPage network.”

So maybe it all makes sense in the end.  “There’s still a lot that we can do to help musicians, and we can accomplish so much more together,” BandPage waxed.