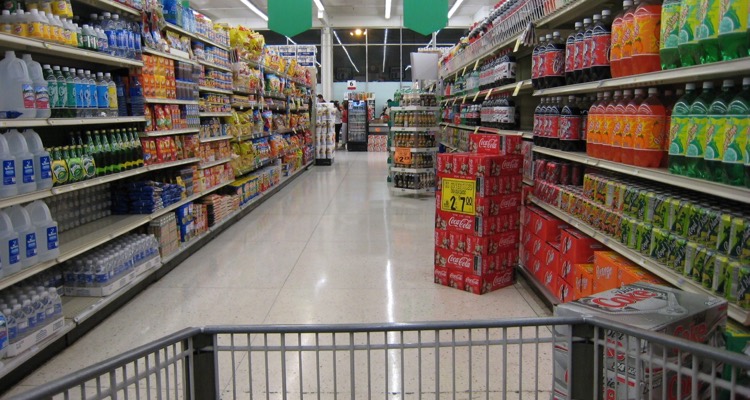 Vinyl sales have been exploding for nearly a decade, but where can you buy a record these days? If you’re in Britain, try aisle 17 of your local supermarket.

The music industry witnessed another massive increase in the sale of vinyl in 2015, with a 29.8% boom in the US alone according to Nielsen Music.  Over the past decade, sales in this format have been growing steadily: 6.1 million records were sold in 2013, 9.2 million in 2014, followed by nearly 12 million in 2015— which marks the 10th straight year of vinyl sales growth, according to Nielsen SoundScan.

Nielsen Music also says that independent record stores have driven the sales, accounting for 45% of all vinyl sales in the US.  That’s a refreshing boost: while most traditional record stores are crumbling, it’s exciting to see the opening of stores dedicated to vinyl.

But increasingly, LPs are popping up in non-music retailers.   In November last year, Barnes & Noble opened vinyl sections in each of its 650 stores.  But multinational trend-setter Urban Outfitters has been in this game for years, and now claims to be the largest vinyl retailer in America.

But it’s not just in the US that vinyl is growing, it’s also booming in the UK.

Retailers — of all stripes — are responding.  In December 2015, Tesco — the biggest supermarket chain in the UK — decided to stock a range on vinyl albums after a successful trial during the summer.

”Our trial selling vinyl this summer was a real success with all our stock selling out and this really proved to us just how popular the vinyl album format is again with music fans,” says Michael Mulligan, Music Buyer.

The supermarket giant now stocks classics like Born in the USA by Bruce Springsteen, Legend by Bob Marley, and Purple Rain by Prince, amongst several others across 40 of their stores.  Now, Sainsbury’s – another UK-based mega-supermarket in the UK — has announced plans to stock vinyl across 171 stores.

“There is an enduring love for this format with music fans and we’re delighted to offer an ongoing selection of titles for everyone, from contemporary releases to much-loved classics”, says Pete Selby,Head of Music and Books, Sainsbury’s.

This is all being buoyed by a similar nostalgia rush across the pond.  In the UK, vinyl sales have grown year-on-year since 2007, reaching a massive 1.3 million in 2014, the highest annual total since 1995.

So what does this mean for artists? 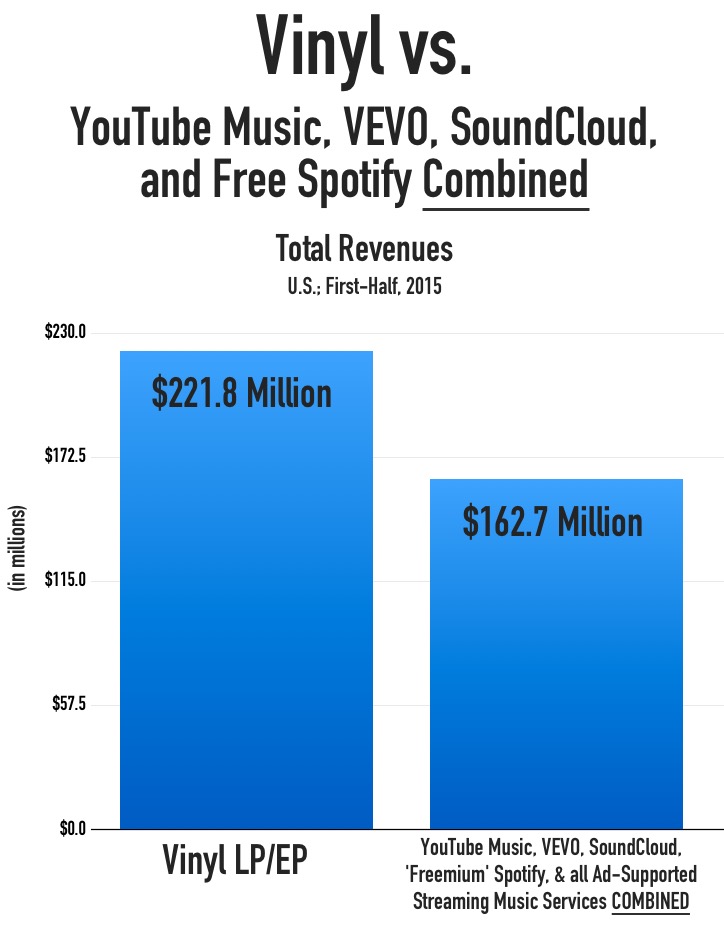 This is now starting to seriously benefit artists, both in the US and UK.  Indeed, vinyl is the only other growth area in the music industry besides streaming.  But vinyl is generating more revenue than all ad-supported on-demand streaming music services, combined.  This includes YouTube Music, VEVO, SoundCloud, free Spotify, and all ad-supported, on-demand streaming music platforms.

That’s a trend that’s likely to continue, especially with supermarkets — not to mention a full range of other retail categories — jumping on the profit train.