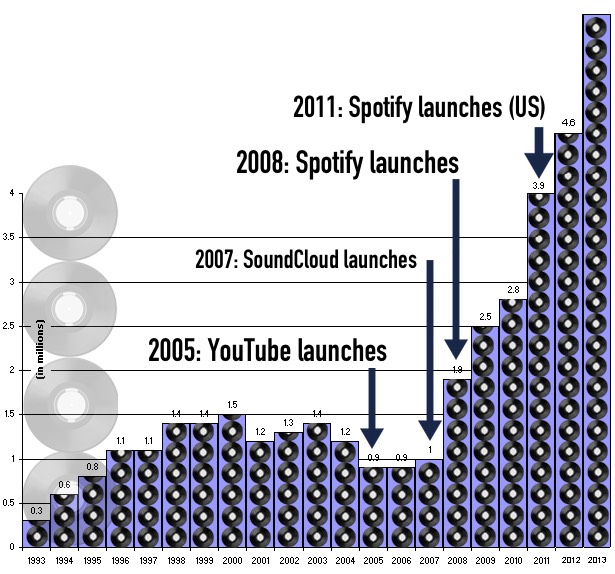 According to a new ICM poll, streaming is playing a huge role in vinyl’s resurgence.

The poll, initially shared by the BBC this morning, shows that music streaming sites help to drive vinyl sales.  The survey indicates that nearly half of the customers that purchased vinyl had already listened to the album or EP first via a music streaming service. 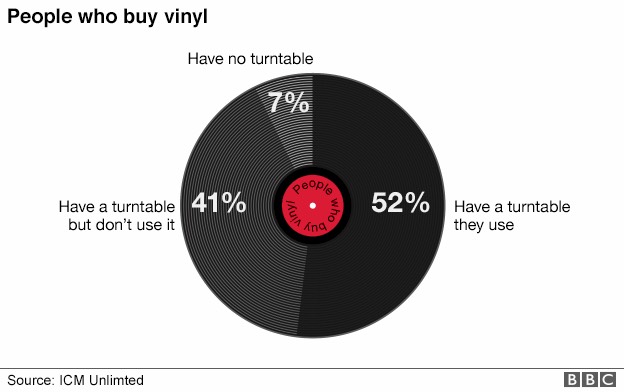 The key is the ability to preview, especially for such a big-ticket, one-off purchase.  Indeed, it’s impossible to find a vinyl buyer that isn’t constantly listening to music, often for free.  That was corroborated by the study, which found that music fans are using platforms like YouTube, Soundcloud and ad-supported tiers on services like Spotify to sample music before they decide if they want to invest in a physical purchase or not.

But the study also found that the most frequent vinyl buyer is a free-access streamer, a discovery that suggests that free music has the ability to ‘drive real-world sales’.

Jake Bugg, an English musician, singer and songwriter says, “I stream music because it’s such a handy tool that, if somebody mentions a record, you can get it up straight there on your phone.  And if I really like it, I will go out and buy the record. I like vinyl…”

The research from the poll proposes that people are using free streaming platforms to simply scope out what music they are willing to spend money on.  And once the users have decided what music they like, they go out and purchase a physical copy in the form of vinyl.

Then, there’s what’s happening outside the survey.  Maybe this data is obvious: streaming services like YouTube, Soundcloud, and Spotify launched in 2005, 2007 and 2008 respectively, which is around the same time that vinyl started booming.

The above graph displays a continuous increase in LP sales between 2007 and 2013, when US-based vinyl sales surpassed 6 million units.  Since then, LPs (and EPs) have continued to grow reaching over 9 million in 2014 and over 11 million in 2015.

Prior to 2007, LP sales were up and down with little consistency or trend.

So this is interesting…

The study comes as free music streaming is coming under heavy fire, with artists claiming that it de-values music and drives down album sales.  That also includes heavy criticism against platforms like free Spotify, YouTube, and SoundCloud, all of whom are being pressured to curtail or outright end their ‘freemium’ tiers.

But what if that hurts vinyl sales in the process?