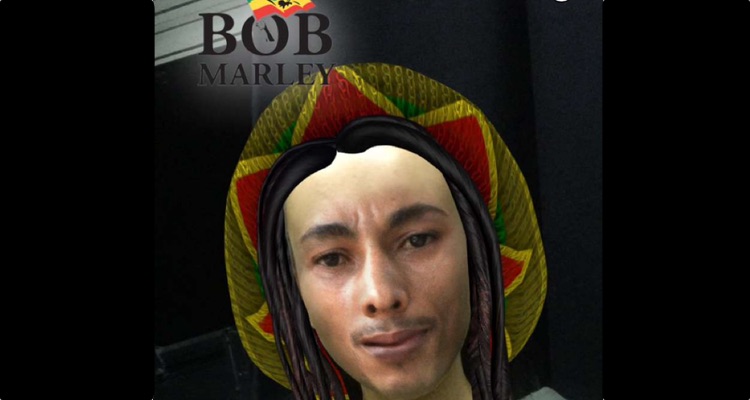 Snapchat under fire for its 4/20 filter…

April 20th, also known as 4/20, is now a national cannabis smoking day and informal national holiday.  And in true Snapchat style, the social media platform has come up with a filter for the occasion: a Bob Marley selfie filter.

Sounds fund, but Snapchat never expected the backlash that they would receive.  Shortly after launching the filter of Bob Marley’s face, people took to other social media outlets to share their opinions.  Most of the talk has been negative, with people going crazy over the ‘disrespectful’ representation.

Across piles of complaints, users of Snapchat found the filter offensive, and aired their disappointment on Snapchat’s decision to use ‘blackface’ and tarnish Marley’s legacy.  One Twitter user brings up a valid point that the app didn’t roll out a Bob Marley filter on the reggae singer’s birthday, on the day he passed, or even during black history month.

So why did they do it for a national marijuana smoking day?

Snapchat didn’t seem to think it was a bad idea, but have since released a statement, first posted on Wired.

“The lens we launched today was created in partnership with the Bob Marley Estate, and gives people a new way to share their appreciation for Bob Marley and his music. Millions of Snapchatters have enjoyed Bob Marley’s music, and we respect his life and achievements.”

What are your thoughts?

Some of the tweets are below…