Running My Record Store In New York Is Becoming a Nightmare 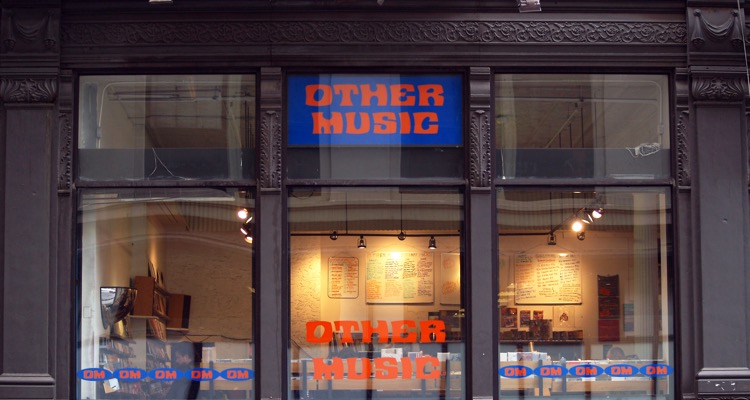 Why Other Music, one of Manhattan’s legendary independent record stores, is deciding to close its doors.

Just when we thought vinyl was creating a resurgence in independent record retailing, there’s this.  It turns out that one of the most legendary record stores in New York City, Other Music, has now decided to shut down this summer.

This was posted on the record shop’s official website less than 24 hours ago:

It is with heavy hearts that we share the news that after more than 20 years in New York City, Other Music will be closing our doors on Saturday, June 25th. It’s been an incredible run for us, and we cannot thank you enough for the support and inspiration that you’ve given us over these past two decades. We’ve learned so much from you and are so grateful to have had your trust, curiosity, and passion as we’ve discovered and explored so much great music together since we first opened back in December of 1995. Times have changed, and soon we will be moving on, but in the coming weeks we hope you’ll come by and see us, dig through our racks, and reminisce about what has been a truly special era for all of us. We’ll also be announcing more events and celebrations soon, so stay tuned. Once again, thank you, from the bottom of our hearts.

– All of us at Other Music

But why?  The real reason, according to co-owner Josh Madell, is largely financial.  “We still do a ton of business — probably more than most stores in the country,” Madell told the New York Times. “It’s just the economics of it actually supporting us — we don’t see a future in it.”

According to Madell, revenues have been halved since ’95, dropping to roughly $1.5 million annually.  And rent, once $6,000 a month, has double (with increased taxes to boot).

“We’re trying to step back before it becomes a nightmare.”

But wait: what about that huge resurgence in high-priced vinyl?  What about all of those newer vinyl-heavy stores popping up, in places like Malibu Beach and Denver?  And what about seemingly strong record stores like Rough Trade NYC in Brooklyn?

Those are happening, though Madell pointed to a number of issues at play.  One is location: Other Records is on the Lower East Side, perhaps known for its artistic legacy more than its current-day hipness.  Back in 1995, when Other opened, Brooklyn hadn’t exploded into its current-day music Renaissance.  These days, it’s probably the first place a tastemaker record store would decide to open.

But regardless of location, there’s a competitive edge that brick-n-mortar record stores can never regain: expertise.  Back in the era that ended around High Fidelity, clerks were the self-appointed curators that guided buyers through the stacks of options, a role that has now been replaced by an information overflow online.  Perhaps clerks and owners can still curate, but the critical role of describing music to people is now obsolete; it’s simply too easy to press play on a smartphone to get a preview.

Perhaps the plight of Other Music puts the real vinyl resurgence into proper perspective.  “Pre-internet we were a mecca for people,” Madell continued. “They would come to New York with $300 in their pocket because they’d heard or read about some records that they’d never seen anywhere.”

Fast-forward to the future that is now, and music fans are typically factoring vinyl into a broader musical universe that includes streaming.  And if you think it’s hard getting someone to pay $9.99 a month, try $300 a visit.