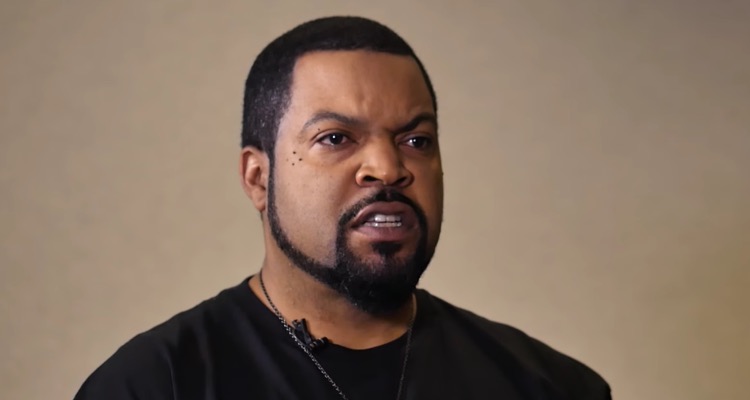 Ice Cube, one of the first rappers to speak out against police brutality, is pinning some of the blame for the current crisis on Hillary Clinton.  The rapper pointed to 1990s-era efforts to step up police enforcement and combat urban gangs, with extremely damaging rhetoric that affected poor, marginalized communities.

That includes the use of words like ‘superpredators’ to describe gang members, a buzz-term employed by Clinton at the time.  “To call your own citizens ‘superpredators’ is pretty harsh and a pretty big indictment,” Ice Cube said during a recent Bloomberg interview. “It’s really not solving the problem, it’s just making it worse.”

“Now the authorities feel like their justified in how they treat these so-called ‘superpredators.’”

The comments closely follow Ice Cube’s refusal to stop performing his 80s-era classic, ‘F*ck Tha Police,’ penned with rap group N.W.A to address issues of police treatment against poor, largely African-American citizens.  That has drawn controversy in the wake of a string of retaliatory shootings against police officers.

Ice Cube, whose career surged beyond rap and into film after the group split apart, recently enjoyed a refreshed surge of popularity following the release of ‘Straight Outta Compton’.  Cube, a critical member of N.W.A, pushed a gritty, unapologetic ‘gangster rap’ to the forefront, one that raised rap to an entirely new level and was documented in the film.

Throughout, N.W.A and other ‘gangster rappers’ received heavy criticism for their unvarnished, gritty lyrics, with violence, misogyny, and anti-police rhetoric central themes in their music.  That controversy helped to sell more records, though Cube traces the anger back to what was happening in the streets at that time.  The frustrations then, like now, often involved law enforcement.  “The LAPD did a war on gangs,” Cube said. “But if I’m a black kid that’s not in a gang but I look like a gang member to this white officer, than it’s a war on me.”

Suddenly, these issues are front-and-center in a contentious presidential election, with many wondering just where Clinton stands.  But unlike earlier periods, a growing number of artists are weighing in on the issues, a group that includes superstars like Beyonce.  That level of activism has been largely absent for decades, and according to Ice Cube, has never been rewarded by labels, radio stations, or other gatekeepers.

For Cube, neither party can duck the blame for the current crisis.  “And for some reason, the Democrats feel they’re exempt from these [Black Lives Matter] protests like ‘we’re Democrats, why are you talking to us like this, go talk to the Republicans,’” Cube continued.  “No, no.  Everybody’s a little guilty of turning their back or passing bad legislation and everyone should be called out on it.”