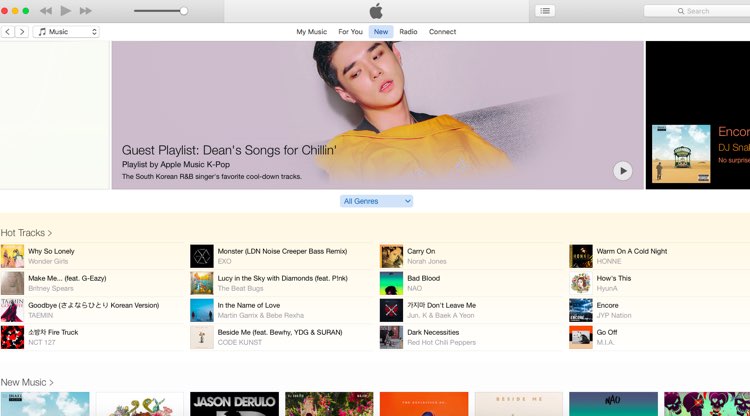 Three months ago, Apple said they had no plans to drop music downloads from the iTunes Store. Now, it’s happening in one of the largest music markets in the world.

In May of this year, sources to Digital Music News pointed to plans by Apple to drop music downloads from the iTunes Store within 2-3 years.  That information was flatly denied by Apple, though now, music downloads are already being nixed in South Korea, one of the largest music markets in the world.

Early this morning, Apple Music hit the critical South Korean market, land of K-pop, Samsung phablets, and ultra-fast broadband.  But paid music downloads, once a critical component of the iTunes Store, are nowhere to be found in the iTunes upgrade.  Instead, users are being funneled into an Apple Music streaming subscription, with prices landing at roughly $7.99 a month for individual plans and $11.99 a month for family plans.

Similar to major music markets like the US, Apple Music is offering a three-month trial period, though artists can expect drastically lower royalty payments during that period (as first reported by Digital Music News).  Here’s a quick look at what a major album looks like in the iTunes Korea app this morning: 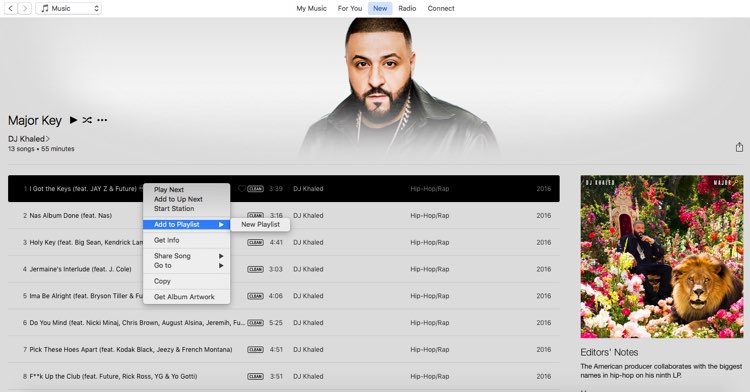 That follows a curious development in China, where Apple Music launched without an iTunes complement.  Which means, no iTunes-powered music downloads, and yet another example of Apple moving beyond one-off track sales.

Apple Music is seriously late to South Korea, which is the eighth largest music market in the world.  Unlike the United States, where just three major labels account for roughly two-thirds of all music downloaded and streamed, Korea is dominated by independents.  Accordingly, Apple is swinging big with 30 million tracks, but lacks a huge quantity of critical K-pop catalog.

According to sources in South Korea speaking to DMN, Apple is apparently experiencing difficulties negotiating with heavy-hitters in the country.  “They couldn’t get all the major players on board,” one source relayed, while noting Korea is “a tough nut to crack” for an American company like Apple.  Separately, the Korea Herald is reporting that Apple “failed to negotiate with local music firms aside from the big three of S.M. Entertainment, YG Entertainment and JYP,” a gap based largely on disagreements on royalty splits.

That said, the Herald also reported that Apple is likely to pay far higher royalties to artists, based on industry sources.  That could put pressure on local players, most of whom are paying minimum, legally-required royalty rates.  Separately, one Korean insider pointed DMN to a history of bundling massive amounts of downloads with cut-rate streaming packages, a move that dramatically devalue recorded music.

Korea is the 110th market rollout for Apple Music, and closely follows a launch in Israel.  But unlike Korea, Israel is offering ‘millions of DRM-free downloads,’ alongside movie and TV downloads.

Now, the $100 million question is when Apple will dump downloads in markets like the United States, not to mention Europe and smaller countries like Israel.  In 2016, paid music downloads are experiencing double-digit declines, with both Sony Music Entertainment and Warner Music Group reporting drastic collapses in the format.  Meanwhile, iTunes has become a ‘bloatware’ mess of conflicting services and overlapping passwords, with music downloads directly competing with Apple Music streams and quickly receding into obsolescence.

All of which suggests that music downloads are sunsetting, with a possible retirement likely in a few short years.  And the best part is… you heard it first on Digital Music News.

More as this story develops!