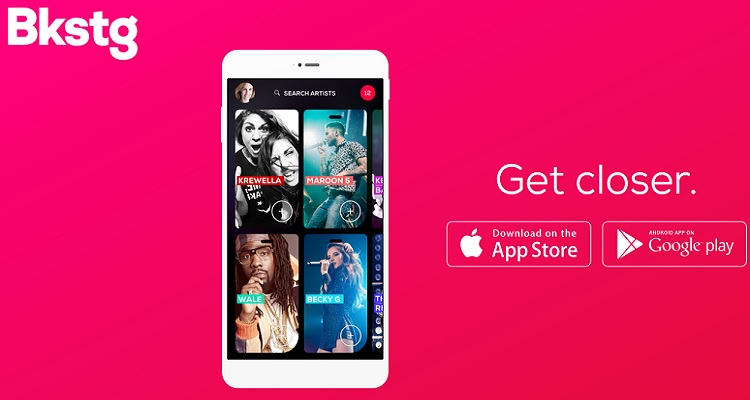 The social music startup scene hasn’t been doing so hot.

The UK Business Insider reported in July that UK-based Crowdmix would be going into administration, leaving 130 jobs up in the air.  Staff will be without their June pay due to failing to pay their vendors.

Now, a tweet is confirming the news that two top executives at social media driven music startup Bkstg, namely CEO Ran Harnevo and President and Chief Revenue Officer Erika Nardini have parted ways with the company.  In the tweet that links to his Facebook post, Harnevo writes:

“After 18 fulfilling months, I’ve decided it’s my time to hit the road and open a new chapter. More to come on that. I strongly believe in the mission Bkstg set to itself – helping artists and their fans to connect directly, on one platform – and wish its amazing employees to keep on pursuing the mission and grow the product globally. Moving on is never an easy decision, but I just knew it’s my time, and I’m pumped to go out there and keep on creating.

This is also a great opportunity to wish Erika Ayers Nardini… success on her new role as CEO of Barstool Sports. Erika was my partner the last year and a half, a dear friend, and I’m so happy and proud for her ballsy decision to lead an amazing (and super manly) media company.”

In a statement to Music Business Worldwide, L.A.-based Bkstg stated that this exit comes due to Harnevo and Nardini’s “lack of music industry experience [becoming] an issue… given [our] deepening relationship with the key music stakeholders.”

Unlike Crowdmix, Bkstg has been a success story so far since it started.  Harnevo had left AOL’s video business and started up the company, and in July 2015, it was reported that he had attracted $20 million in funding to launch Bkstg.   The idea behind the company is simple: artists would use the platform to attract and connect with their own fans, and Bkstg would only ask from a cut of any revenue they generate through the platform, like ticket sales, merchandise, or their very own livestreams. Today, Bkstg is on track to report close to $10 million in revenue in this year, and 120 artists on the platform.  On Justin Bieber’s Purpose World Tour’s web page, Bkstg is listed as a VIP partner.

It’s still unknown how these departures will affect the company.  Bkstg has also gained notoriety on top company review site Glassdoor for its apparent poor management from supposedly ex-employees of the companies, with the latest negative review stating, “pretty much a terrible company run by deceitful liars whose only interest is exploiting their employees to eventually sell the app to the next moron.”

Erika Nardini’s LinkedIn profile lists her at the CEO of Barstool Sports, and still lists her as working with Bkstg, but in a separate posting, it states that she worked with the company up until June of this year.  Ran Harnevo’s LinkedIn profile has him working with Bkstg up until August.  In a cheeky, almost sarcastic posting on LinkedIn, Harnevo currently states he’s working with a company called “Some Time Off,” with a current job description, “I’ve founded Some Time Off a few minutes ago, so that i can take some time off.  I believe in the mission of Some Time Off, and plan to do the best i can to not do much… exploring new opportunities.  More to come.”