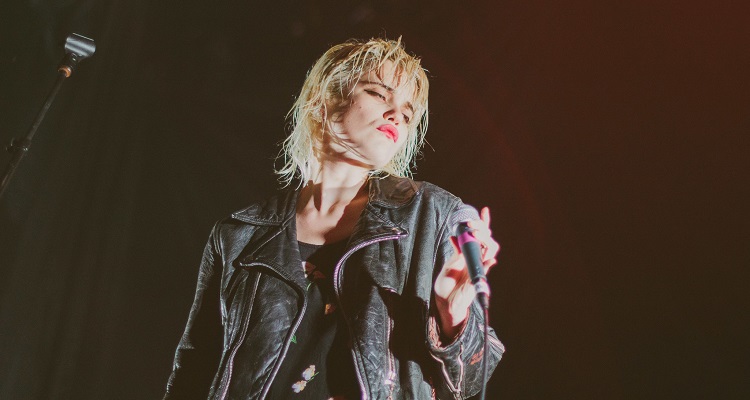 Overdramatizing Braun’s acquisition of her former label, she called the move “my worst-case scenario.”

“This is what happens when you sign a deal at 15 to someone for whom the term ‘loyalty’ is clearly just a contractual concept.”

With the purchase, Braun now owns her pre-UMG masters.

Lambasting Swift’s comments, Bieber reminded the pop star how his manager gave her a much-needed break.

“Scooter has had your back since the days you graciously let me open up for you!”

In addition, as the years passed, Swift never reached out to either party “to communicate our differences, hurts, or frustrations.”  Instead, acting like a diva, Swift merely took to social media to “get people to hate on Scooter.”

“What were you trying to accomplish by posting that blog?  Seems to me like it was to get sympathy u also knew that in posting that your fans would go and bully Scooter.”

Revealing the real facts about BMLG’s sale to Braun, Borchetta wrote an article titled ‘So, It’s Time for Some Truth.’

In the post, he explains that Scott Swift – Taylor’s father – was a shareholder in BMLG.  He, along with Taylor, was notified days before the official acquisition news.  In fact, Scott had the opportunity to protest the move and vote against it.

Taylor Swift also turned down the opportunity to own her masters when contacted by Borchetta.  Hiding this fact from her fans, she has yet to reply to his article.

Now, revealing the heart of the matter, Sky Ferreira has stepped in to defend the pop singer.

Should up-and-coming singers sign long-term contracts when they’re not even 18?

Sharing an Instagram Story on Sunday evening, Sky Ferreira explained her own ‘toxic’ experiences with the music industry.

“I signed contracts when I was 15, and I’m still paying the consequences for it.”

According to the singer, who’s now 26, “every contract” she has ever signed has “been set up” to take advantage of either her or her work “in some way.”

In addition, Ferreira pushed artists to stand up for themselves and fight back.

“Don’t let people pressure you into giving away your rights or settle for less… Holding out and finding a situation where you can thrive/have control over your life is worth so much more.”

Calling out rampant gaslighting – the act of manipulating someone by questioning their psychological state – she echoed Swift’s “bully” argument.

“The entertainment industry is filled with under-qualified bullies and morons with way too much power for their own good.”

In the lengthy comment, she also took a veiled swipe at BMLG’s Scott Borchetta.

“Insisting on your rights, values, and ownership doesn’t make you difficult.”

Calling on artists to not “get used and bled dry,” Ferreira concludes her post, reiterating her previous argument,

“Don’t let anyone convince you that you aren’t supposed to own or control your work or not get paid properly.  You don’t have to give the blind eye because others choose to.  Respect yourself.” 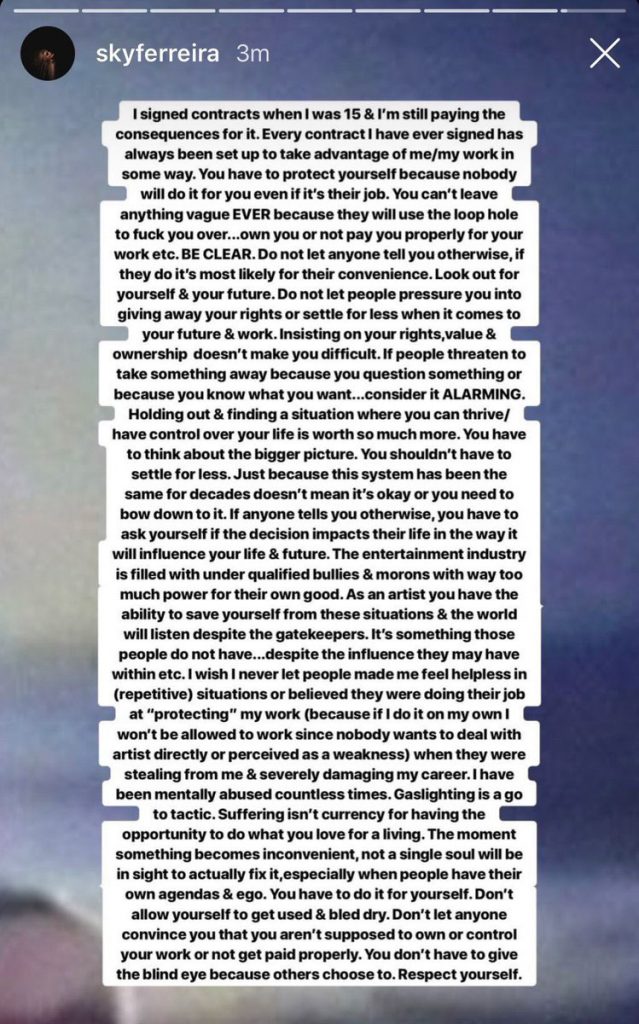