13 Myths About Getting a Songwriting Advance 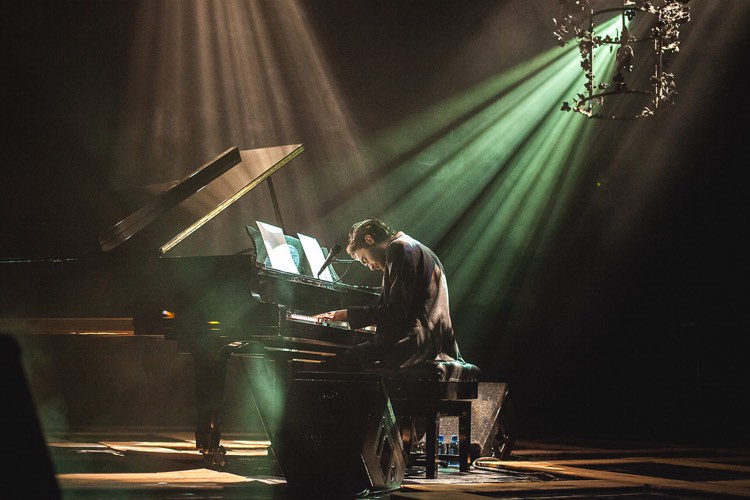 The following post comes from Alex Heiche, CEO and founder of Sound Royalties, a company working to transform the entire way that songwriters fund their creativity.  Sound Royalties has just partnered with DMN as part of our new, educational series on songwriter financing.

Just like performing artists can chart their path without a label, songwriters also have a lot of different options outside of the traditional publishing deal.  The only problem is that many of the game-changing possibilities for songwriters are still emerging, while musicians and performing artists have enjoyed access to dozens of competing services and platforms for nearly a decade.

Now, all of that is starting to change, with the promise to transform the entire way that songwriters create music and capture its value.  Traditionally, songwriters couldn’t get any financial support outside of publishing agreements with advances, which oftentimes means sacrificing a percentage of royalties in exchange for financing, ‘plugging,’ and administering songs.  Financial groups or institutions have also been buying, selling, and exploiting larger song catalogs for decades, but none of this has trickled down towards the individual songwriter.

Those big institutions can be valuable to songwriters in the right situations, but they aren’t the only game anymore.  It’s hard to say where this all goes, though it’s safe to say that alternative funding for musical compositions will start to expand, with the exciting possibility of jumpstarting the careers of an entirely new class of hit makers, film composers, and other songwriters.  The next few years will be a pretty exciting time for songwriting and music, with lots of new creative and financial possibilities.

The fact is, most songwriters don’t even consider the possibility of getting an advance outside of a traditional publishing contract.  And, most end up toiling through their songwriting under heavy financial pressure, with a host of misconceptions about advances that prevent the writer from taking advantage of them.

That’s a big problem, but one that will hopefully change as we enter a new phase of the music business.  Unfortunately, songwriting advances are up against all sorts of self-imposed hurdles, most of which exist inside the minds of songwriters.  Here are the biggest misconceptions that I’ve found top the list, and if you’re a songwriter, you might be subscribing to one or more of these myths.

Myth #1: You need good credit to get a songwriting advance.

Yes, a bank or traditional lending institution typically looks at personal or business credit before considering an advance.  But this approach makes little sense for songwriters.  First off, songwriters don’t always have stable incomes, based on the nature of this business.  Even major writers experience huge fluctuations and occasional dry spells.  That can impact a FICO score because of the uncertain timeframes, but it’s largely separate from the broader royalty flows generated by a song or catalog.

So given those realities, why should songwriting advances be based on personal credit?  Personal credit is actually the worst way to evaluate a writer, because it ignores the most important part: the royalty-generating potential of a song or songs.  That’s the thinking behind the creation of the concept of what we term the ‘noncredit-based advance,’ which relies on a totally different set of metrics to construct an advance.

Myth #2: You need to give up your copyrights to get a songwriting advance.

This is a critical misconception that prevents a lot of great songwriters from even approaching financial partners or entertaining advances.  Or, worse, giving away their golden goose in a bad deal.

The fact is, songwriters should always prioritize deals that involve a return from the royalties that are generated by a copyright, without foregoing control of the copyright itself.  In the advance world, you should insist on that.

Just think of the alternative: giving away control of a copyright means handing the golden goose to someone else.  It’s simple: share the eggs, not the source of those eggs.  That goose could be your income for decades to come, and open an entirely new foundation for continued creativity.

Before you walk into your branch, know this: in almost all situations, bank regulations and due diligence require them to look at and take into account your credit history.  Basically, the bank can’t care if you’re buying a car, opening a burrito truck, or financing a college education: it’s all about the guidelines and regulations.  Which means banks aren’t accustomed to all the details that songwriters constantly deal with, like significant delays in royalty payments, royalties from multiple sources and licenses, and all the nuances of different publishing licenses, PROs, and splits.  And banks can’t assist in collecting or discovering unknown sources of revenue, which almost always exist.

This is one of the reasons why we’re seeing a totally new class of advance specialists emerging.  Songwriters need to focus on writing, not trying to educate a lender on their business.  It’s a waste of time, and can slow the development of a songwriting career.  This isn’t just someone offering you money, you should approach your financial partner as a teammate in your success.  That’s what produces great compositions, and great works of art.

If you aren’t sure what ‘100% recoupment’ means, please read this section carefully.  Essentially, ‘100% recoupment’ means that you, as the songwriter, must pay back all of the money advanced to you before you earn a dime.  That structure sounds great for whomever is offering the advance, but it can be crippling for the songwriter.  Instead of reaping the gains on a big song, a 100% recoupment structure forces a prolonged dry spell with no earnings, a situation that makes it extremely difficult to focus on the next song.  That slows your ability to create a strong catalog, which is ultimately your source of recurring income over time as a songwriter.

Instead, I strongly urge songwriters to structure agreements that do not include 100% recoupment, but instead, immediately provide an ‘overflow’ or a percentage of song royalties generated by the writer.  That way, income is generated for both sides, and critical financing for the next hit single immediately flows back to the songwriter.  That’s a recipe for a great partnership, and a method for building a strong, evergreen catalog.

In fact, a smaller advance amount can be easier to secure, and allow you to prove yourself to a financial partner, while giving you critical room to develop new material.  Basically, your advance amount should be appropriate to your expected royalty streams and your current level.  You can always get more money later, after you’ve reached a higher level of income and royalty generation.

Myth #6: You need a publisher to get any sort of advance on your writing.

Absolutely not true, and I hope this article makes that obvious.  That’s not to say that publishing deals can’t be incredibly beneficial for a writer, but the advance that is usually the focus of the publishing deal, shouldn’t be.  They’re just not the only game anymore.  My company, for one, is pushing to give songwriters a lot more options, including long-term catalog ownership (plug: try us out!).

A hit song can change a songwriter’s career arc, and if you’re really lucky, generate income for an entire lifetime.  But even though every hit is a success, every success doesn’t require a hit.  A songwriter can write a valuable film score, for example, or compose a catchy introduction to a hit television series.  Strangely, an intro song to a heavily-watched show can be instantly recognizable, but not a top 40 ‘hit’ in the classic sense.  Add in syndication, and the revenue impact could be similar, if not far better, than a traditional top 40 song.

Other ‘non-hits’ include sonic ‘branding’ used by a major corporation or product, famous lyrics, or even soundtracks to documentaries and non-traditional films.  NFL Films, for example, feature a memorable, signature soundtrack style, yet even the biggest gridiron fans can’t name one of those heavily played tracks.

Myth #8: If you’re presently stuck in an existing advance, you can’t fix it, end it, or start another one.

Sometimes that can be true, but oftentimes it’s not.  The reason is that one advance firm may see your situation (and royalty potential) in a totally different way than another.  So if you’re stuck, trapped, or ‘tapped out’ in an existing advance deal, you lose nothing by examining other alternatives.  The worst that can happen is that you’re unable to shift towards a newer deal, though oftentimes you can restructure your existing advances to get income flowing again.

Also Read:  The Music Fund Has Money for Musicians Who Can't Tour, But Still Have Streaming Income

Even if you can’t make a move immediately, you’ll at least develop a strategy for resolving issues with your present advances.

Myth #9: It’s too complicated to structure an advance with co-writers or other partners.

Not true.  Copyright law and payment systems accommodate partial song ownership, and payouts are split accordingly across every license type.  Some of the biggest songs in the world have multiple writers, and each writer receives their split according to percentage ownership.

Advances on performance royalties, for example, are structured at their source, the PRO (ASCAP, BMI, SESAC).  Your co-writers aren’t part of — or even privy to — the fact that you’re taking an advance on your songwriter share.

Myth #10: Advances offered to songwriters are predatory and always put you underwater.

Sadly, some songwriter advances are predatory and designed to put you underwater.  Frankly, that makes it harder for the companies offering fair, solid advance structures to develop relationships with songwriters, though over time, I think the bad actors will get weeded out.

(Actually, if you’re wondering if a contract makes sense for you, I can easily give it a once over and flag anything that looks out of place.  Drop me an email at [email protected])

Myth #11: A songwriting advance will affect your PRO earnings.

PROs have their own way of splitting performance royalty payments, which include direct payments to the writer (regardless of who the publisher or financial partner is).  That structure was put in place to protect songwriters, and the remaining amount would simply be split according to the advance deal you have in place.

So, the basic structure of the PRO payment is not altered.  And with a solid financial advance in place, it will probably increase the overall payouts.

Myth #12: You’re collecting all the money you should be from your existing songs.

Songwriter royalties are incredibly complex, and you may not be capturing all of your income.  We can see examples of this everywhere.  Recent lawsuits involving Spotify and other streaming services revealed that not only were songwriters not being paid their mechanical royalties, but many had no idea what those were.  Stories of unclaimed SoundExchange accounts or unmonetized YouTube catalogs are commonplace, and further  underscore the problem.

Ideally, a great financial partner can help to address issues like these: after all, anyone offering an advance is now aligned with your interests.  The more money they can capture from different licenses and territories, the more money flows back for everyone.  Win-win.

Myth #13: It’s impossible to start a new, separate songwriting deal if you have an existing advance.

A traditional publishing deal oftentimes involves a block of songs, ownership of copyright, and exclusivity.  Deals where you don’t require a publishing advance put you in the driver’s seat.  You can structure your advance relationship as you want, involving the copyrights you want, for the periods you want.  As long as both sides agree, then it works!

Thanks for reading, and I hope that helped clear up some of the misconceptions about songwriting advances.  One other thing I should mention is that your deals should always remains confidential, that’s something you should insist upon.  And if you have any questions, maybe I can answer them.  Give me a shout at [email protected], or connect with us out at soundroyalties.com.

Happy songwriting, and may you get the financial support you need!