Got to Give It Up? No Way, According to New Appeal By Pharrell Williams and Robin Thicke 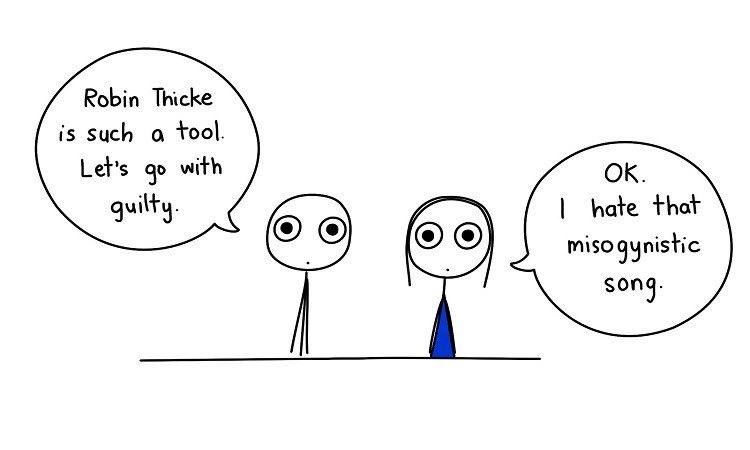 Never one to give up without a fight, The Guardian is reporting that Pharrell Williams, Robin Thicke, and TI have launched an appeal against the Blurred Lines ruling.

DMN readers will remember that a judge ruled that Williams and Thicke had to pay the Marvin Gaye estate $7.3 million after a Los Angeles jury found that Robin Thicke “noticeable ripped off” Gaye’s “Got to Give It Up,” with the eventual payment being reduced to $5.3 million, with 50% of  future song royalties having to be paid as well.

Filing at the 9th Circuit Court of Appeals, the issue states that the recordings weren’t covered under federal law. The briefing goes on to state,

“This outcome created international press coverage and widespread expressions of concern by members of the music community that, if left to stand, the ‘Blurred Lines’ verdict would chill musical creativity and inhibit the process by which later artists draw inspiration from earlier artists to create new popular music.”

The writers of Blurred Lines state that the judge, when examining Blurred Lines and Got to Give It Up, should have “determined that the songs were different if he went by the sheet music.” The original 1909 Copyright Act copyrights only sheet music, but the 1976 Copyright Act included sound recordings. According to this, the case should not have been tried, because the “keyboard parts, non-copyrighted recorded percussion, backup vocals and bass lines” should not have fallen under this category and thus should not have been tried. Despite this, the judge ruled that the case was worthy of a trial. The opening appellate brief goes on to state that “What happened instead was a cascade of legal errors warranting this Court’s reversal or vacatur for new trial.”

The brief goes on to cite the outcome of the recent Led Zeppelin’s “Stairway to Heaven” case, with the band prevailing in court. The brief continues,

“For all these reasons, the judgment below should be reversed, or at a minimum, vacated and remanded for new trial.”