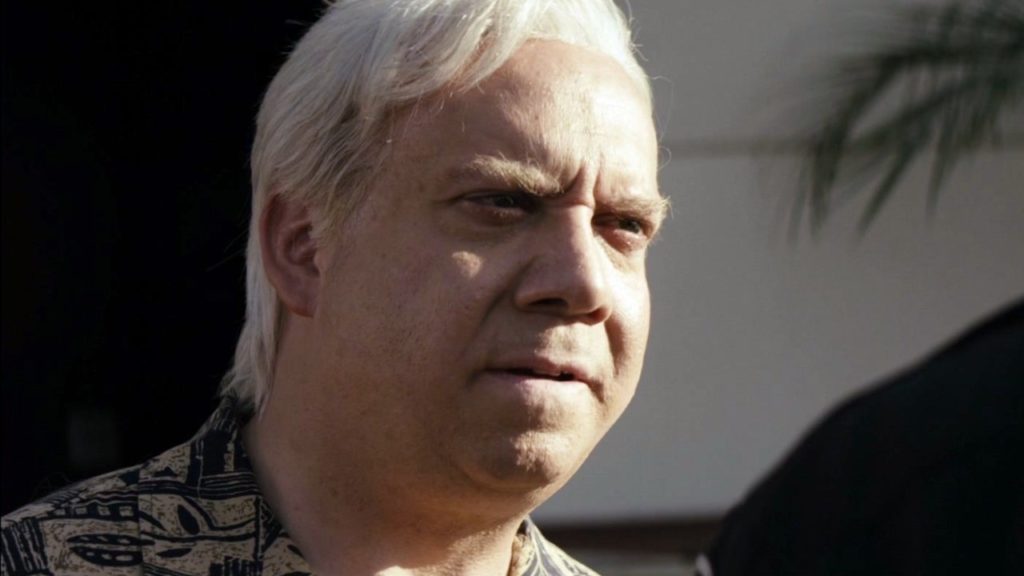 Like rap music itself, the legacy of one of its biggest promoters, N.W.A manager Jerry Heller, is also steeped in controversy and debate.

Calling Jerry Heller a ‘pioneer’ of rap is enough to draw intense controversy, though his role in creating, funding, and driving one of its biggest groups is difficult to debate.  Without Jerry Heller, it’s hard to imagine N.W.A truly getting off to the ground.  And even the downstream careers of Ice Cube, Dr. Dre, Eazy-E, not to mention Snoop Dogg, Eminem, and Bone Thugs n’ Harmony may owe some of their success to Heller.

Sadly for Heller, the history books will probably never afford him that credit, instead relegating him a more corrupt, exploitative role.

But rap didn’t come from Greenwich; it originated from the toughest, poorest, and most segregated sections of the United States.  Its leading characters weren’t choir boys, and many of rap’s elder statesmen started out as drug dealers, gang members, and pimps, all in the name of survival.  Jerry Heller, who swam in those dangerous waters while achieving substantial success, was accused of being just as criminal as the rap world within which he operated.  In fact, he sometimes seemed like a rapper himself, and almost as colorful.

But instead of criminal accusations propelling his career, as it has so many rappers, Heller ended up being vilified by them.  And Jerry Heller, largely portrayed as a shrewd, crooked and conniving exploiter in Straight Outta Compton, died trying to protect a tarnished image and legacy.

This weekend, as he passed away in a hospital bed in Thousand Oaks, that fight will probably be judged unsuccessful.  And as the years and decades fly by, the world will probably remember Heller as an exploitative force in history of one of the most important musical revolutions in history, thanks largely to his portrayal in Straight Outta Compton.  Accurate or not, it’s the version that will probably stick.

So what really happened during that formative era of gangsta rap?  Unfortunately, what actually occurred in that period remains difficult to pick apart.  N.W.A ignited a major revolution in rap and politics, but like many revolutions, the group left a giant, inscrutable haze in its wake.

After a massively controversial and polarizing coming-of-age, N.W.A crumbled into a contentious civil war, one that helped to fuel record sales but ultimately pitted Heller, Eazy-E, Dr. Dre, Ice Cube and others into aggressive, high-profile battles.  It all felt real, and the world was watching… and buying.

So was Heller a conman and a crook?  Paul Giamatti’s version of Heller was actually somewhat complex, with the nuances painted nicely by such a talented actor.  In some scenes, Heller is cast as the visionary, even the avuncular coach and mentor.  A trusted partner and confident of Eazy-E, and a person defending an unfairly marginalized group of African-American young men.  “Are you kidding me?” Giamatti’s Heller screams at a pair of cops arresting his rap group outside a recording studio in Torrance, CA.

Heller, an older, white-haired Jewish guy, didn’t seem to mind being the only white guy in the room.  And that willingness seemed to be fueled by more than just profit motives, with Heller routinely protecting the members of N.W.A against the police, FBI, critics, and censors.

But it’s the other stuff that stuck.  One question is whether Heller, in a position of educated, connected power, used that leverage to cheat his own clients.  In one scene, Heller is portrayed scheming with Eazy-E over lobster, while shooing a frustrated Ice Cube away.  Cube, who accused Heller of stealing from him in real life, was questioning why he wasn’t earning more from a successful tour and album release.

Cube, whose draw on the success of the group was low, also seemed to be getting cheated through duplicitous contracts (Heller denied similar accusations of theft and duplicity hurled by Dr. Dre.)  In the lobster scene, Heller argued that full-blown national tours, radio promotion, and album releases are expensive, perhaps a reality that Cube couldn’t understand at that stage.  Either way, Cube’s rage of feeling cheated and deceived propelled a successful solo career, just like the frustrations of Compton fueled the success of N.W.A several years earlier.

Within one year of breaking from N.W.A, Cube was a platinum-selling solo artist, with a beef-laden AmeriKKKa’s Most Wanted meeting instant success.  Dr. Dre, who also splintered from the group, released one of the most successful rap albums in history, The Chronic.

Eazy-E, who found himself allied with Heller on the other side, suffered an untimely death due to complications from AIDS.  But not before discovering and propelling Bone Thugs n’ Harmony to superstardom.  Dre himself ultimately assumed a similar progenitor role, plucking and propelling perhaps the biggest rapper in history, Eminem.

The rest, as they say, is history.  Heller, whose $250 million defamation suit against Straight Outta Compton will now be dropped, will probably land on the wrong side of it.