Want to Prevent Donald Trump from Playing Your Music at Rallies? 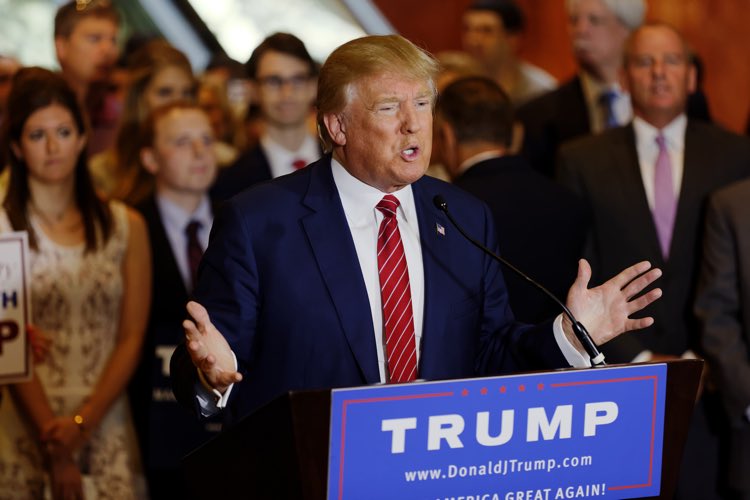 What’s a songwriter to do when a song is used without authorization by a politician who espouses opposite views?  Whether that’s Donald Trump, Hillary Clinton, or some other politician?

The following post comes from Monica Corton from indie publisher Next Decade Entertainment.  Actually, if your music has been played at a Donald Trump, Hillary Clinton, or other rally without your consent, let us know!

This is increasingly becoming a big problem for artists.  With everything from a live event is posted on social media in seconds, artists are often rudely shocked to find their music pumped at political rallies.  More songwriters and publishers are being made aware of political music uses now than ever before, and they don’t like it.

Such was the case recently when Donald Trump used ‘We Are the Champions,’ written by Freddie Mercury and performed by Queen.  Apparently, Trump had used this song in June 2016 at a rally, and Brian May of Queen had complained about it in the blogosphere.

But what many don’t realize is that the US performing rights society (PRO) which represents that song, BMI, has a Political Entities license with a provision to pull a musical work from the license at the request of a BMI songwriter or publisher.

While these requests are typically received following a performance that has already occurred, it aids in preventing further performances of that work.  In fact, once Queen’s management team contacted BMI, a letter was written to the Trump campaign stating that ‘We Are the Champions,’ or any other Queen song in BMI’s repertoire, could not be performed during the campaign moving forward.

You see, BMI is the only PRO with a policy about songs being used in political campaigns.

Freddy Mercury, though deceased, remains a BMI writer via his estate.

This policy, which is written into the BMI license, is really supportive of songwriter’s objections to uses of music in political settings.  The songwriter or publisher can give written notice to BMI when they see that their song has been used by a campaign they are not comfortable with.  BMI will put the campaign on notice that they no longer have permission under the BMI blanket license to utilize that song.

The ironic thing, which is not widely known in the songwriter/publisher community, is that BMI has this policy.  As my Facebook feed was flooded with articles about the ‘We Are the Champions’ use by the Trump campaign at the RNC convention, almost no one was aware of this excellent option for songwriters and publishers.

The only reason I knew about this policy was a few months ago, I ran into Mike O’Neill, the President of BMI, at Michaels restaurant.  He was asking me what was new in our publishing company and I was telling him I was very excited about a political ad I had just closed for a Representative in Maryland.  The ad was about gun control and had a very effective use of the Harry Belafonte song, ‘Turn Around.’  My company, Next Decade Entertainment, helped the ad agency through the licensing process, which helped them to decide to use our song and also choose to use the Harry Belafonte master of this song once I introduced it to them.  I was most excited that this might become a new income stream for songwriters and music publishers.

That’s when Mike told me he had implemented this policy regarding music for political uses in the BMI license after the Dixie Chicks had their infamous confrontation with George W. Bush.  BMI decided they needed a mechanism to assist their members with music uses in politics.

What is fairly clear to most people is that the use of music in politics is a fully charged item that all songwriters, at least those I have worked with, want full written approval rights over.  Whether George W., Donald Trump, or Hillary Clinton, they do not want to be associated with political views that are different from their own beliefs.

I think most politicians respect this when given notice.

The problem is the legal recourse for a songwriter or publisher is fairly limited.  The financial harm is high when a song is performed at a rally, yet the cost of mounting a case usually is higher.  In addition, the law theories that could assist with such a case, like the use of the Lanham Act, have largely been untested because most lawsuits that have been raised in this area wind up settling when politicians prefer not to litigate, go to court, or draw negative attention to their campaign or name.

It seems to me that if we were smart as a songwriter/publishing community, we should be lobbying ASCAP, SESAC and Global Music Rights to create political-use clauses in their blanket licenses, similar to BMI’s policy. That way, every songwriter and publisher would have a say in who could use their music when it comes to politics. Then, we in the songwriter and publishing business could all sing a rousing version of “We Are the Champions” with full gusto, and I’m sure Freddie Mercury would smile down on all of us.