Spotify UK Earns Revenue, But Will Spotify Ever Be Able to Turn a Profit? 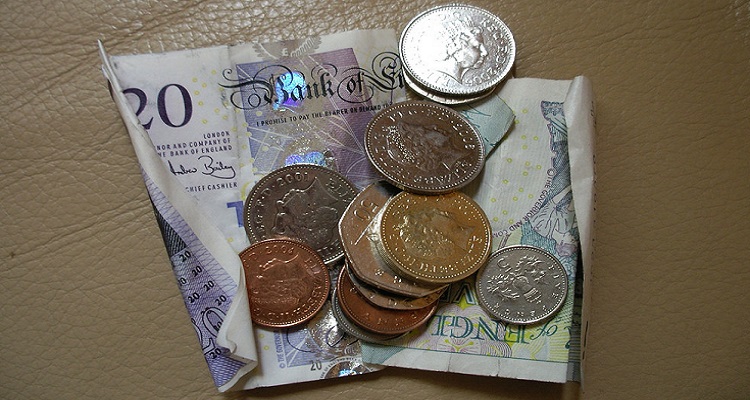 Is this the good news that Spotify CEO Daniel Ek has been waiting for? Is this enough?

“This increase can be attributed to the transition from desktop to mobile as today the majority of new users signing up for Spotify are mobile. 2015 was a big year for Spotify and we had some very significant successes. In many ways, it was our best year ever.”

There are two key takeaways from the 2015 report to keep in mind ahead of Spotify’s planned IPO.

Spotify’s overall revenue improved and more and more users change from freemium models to premium models. Spotify reportedly counts with 100 million users, but less than half that number are actually paying for the service. The rest has to be made up from advertising revenue.

Last year, Spotify earned more than $2 billion in revenue, notably led by paid subscriptions. Its advertising subscriptions only led to just a little over 10% of its overall revenue. According to some industry insiders, the reason why advertisements bring in so little money is because they’re incredibly cheap. Ads are basically only serving to “annoy” users into premium subscriptions. Spotify is also heavily dependent on the money that it earns from its subscriber base. The less users sign up per year, the less revenue the company earns, and the opportunity for Spotify to turn a profit minimalizes.

According to Business Insider, a successful freemium model has the following characteristics:

Spotify counts with 100 million users, so there’s no problem with for the first characteristic.

This is one of Spotify’s most notorious problem. Music licensing deals won’t allow companies like Spotify to release how much they have to pay music companies for a single stream. What’s worse, Spotify has been rumored lately to have failed to close a deal with the Big 3 labels, presumably because they want to pay them less. Thus, we have no idea what the true cost for each new subscriber is for Spotify.

With the rise of Apple Music, which has an established reputation, and now Amazon Music Unlimited, what advantage does Spotify offer the competition? Apple Music is aiming to score more paid users with exclusive timed albums. Amazon Music Unlimited is aiming to woo users with Alexa-enabled devices, and its $3.99 a month plan. Spotify has yet to dabble in any sort of exclusivity, though there are strong rumors that point to the contrary. I’ll quote DMN reader Anon.

“One of the strategies that i believe spotify is working on to pull in new subscribers is to add original content. it probably won’t be house of cards style dramatic tv shows,

but if they can offer something no one else can and make it available only on their premium tier, people may just be willing to fork over the monthly fees.

Now, while Spotify UK’s numbers may initially look good, operating costs and royalty payments actually take overall revenue down to. Despite this, the UK company was able to turn a profit. Last year, Spotify earned a few billion in revenue, yet it’s still posting a profit. Why?

There’s a very real power play going on in the music scene. Music streaming services have actually been a huge source of the music industry’s revenue. In fact, Spotify may be the #2 source of revenue. Take a look at the following quotes:

Despite this, however, record labels still demand a huge share of the profits. 15-year veteran of the digital music industry Michael Robertson shared his insight. Once the CEO of MP3.com, he lists eight reasons as to why he believes Spotify will never be profitable.

According to Robertson, record labels set the retail price and actual cost per stream, not Spotify. This limits Spotify from actually making a profit, since they have no control over the price.

Robertson is currently the CEO of now-bankrupt MP3Tunes (thanks to EMI) and radio recording service DAR.fm. He writes that not only do labels set the price, but they also receive partial ownership of the company they’re licensing to. The Swedish Wire backs this claim up, writing that Sony BMG with 5.8%, UMG at 4.8%, Warner Music at 3.8%, and even EMI at 1.9%.

No pain, no gain here. As Paul Resnikoff on CNBC’s Closing Bell, a company needs to invest at least $1 billion. Robertson says that these payments actually stifle creativity and innovation in creating business models and services.

There doesn’t seem to be anything wrong with detailed reports. After all, if you’re an artist, don’t you want to know how many people are listening to your tracks? The problem here, according to Robertson, is that labels make additional demands. They ask for reports unrelated to payment, like overall market share of sales in different categories. He writes,

“The labels effectively offload their business analysis (and the cost of such analysis) onto the music services. I can’t think of another industry where that is standard practice.”

Music streaming services like Spotify have to normalize artist, track, and album names given by one label with those provided by another.

Did you land a deal with a major label? Great! Now you have to do the same for each publisher. Robertson writes how this process actually works.

Robertson states that each major label demands the most favored nation clause to ensure other labels get the best agreement terms possible.

Digital music companies are never permitted to disclose their licensing deals. Want to know why Spotify has terrible stream payouts? The legal writing won’t allow them to. If the company speaks about the licensing deal, say goodbye to the deal.