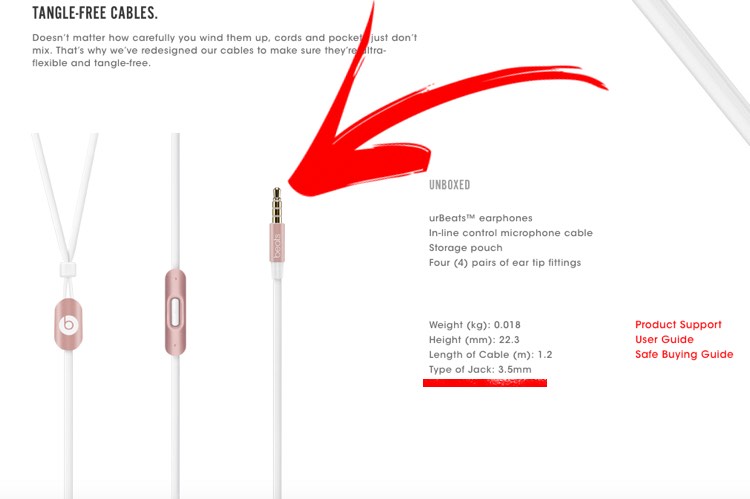 The iPhone 7 doesn’t have a 3.5mm standard headphone jack.  So why does Apple-owned Beats by Dre keep releasing headphones and earbuds with 3.5mm jacks?

Late last month, something strange happened.  Beats by Dre, now owned by Apple, released a pair of headphones with a standard, 3.5mm jack.  The only problem is that these headphones won’t work with an iPhone 7, at least without a special adapter.

But there wasn’t even an adapter in the box.

Just an oversight?  Apparently not.  Just this morning, Beats by Dre released yet another headphone with a 3.5mm jack.  Actually, it’s an earbud.  It’s the ‘urBeats,’ a rose-colored, wired earbud that complements a broader release of wireless headphones and earbuds.

The ‘urBeats’ are available via the Apple Store for $100. 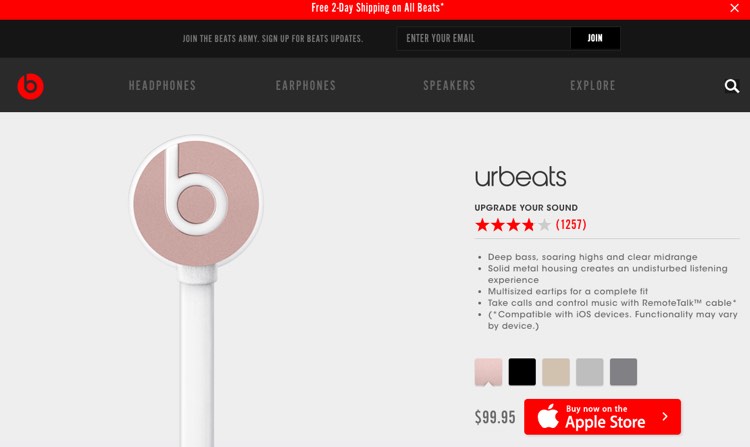 Clearly there’s an adapter for iPhone 7 users, right?  Wrong.  There isn’t one in the box.  But even stranger, the user guide shows a phone that definitely isn’t the iPhone 7.  “Connect the urBeats cable into the 1/8″ (3.5mm) stereo plug on your music player,” the guide informs.

Of course, the iPhone 7 ‘music player’ doesn’t have a 3.5mm jack.  Which makes the urBeats pretty much useless without a special adapter (that you can also buy from the Apple Store). 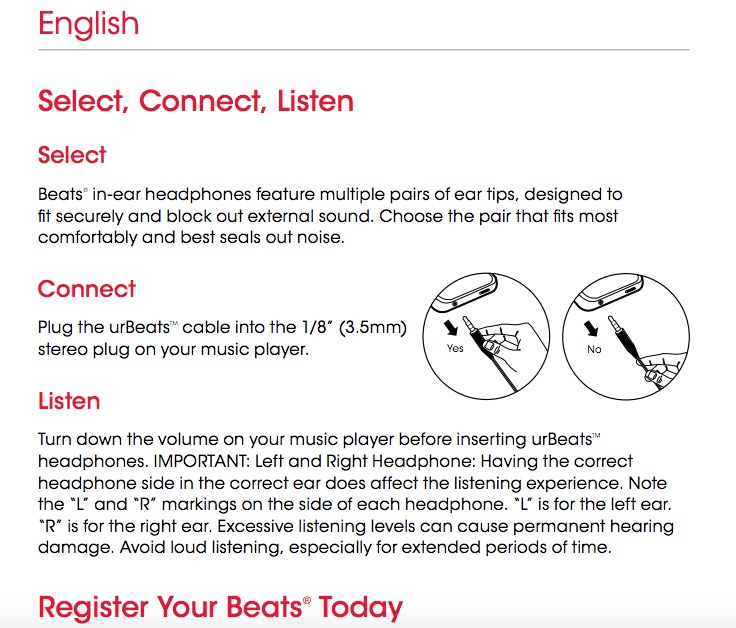 Meanwhile, Beats is doing a massive media campaign to bolster its latest wireless headphones and earbuds.  In characteristic fashion, celebrities are shown wearing a variety of different models, with a ‘no strings’ theme sung by Pinnochio.

Great spot.  But strangely, one of the Beats by Dre wireless models looks exactly like Apple’s AirPods.  With one key difference: there’s a strap to connect the two earpieces.

“I’ve got no strings to hold me down. I had strings but now I’m free.”