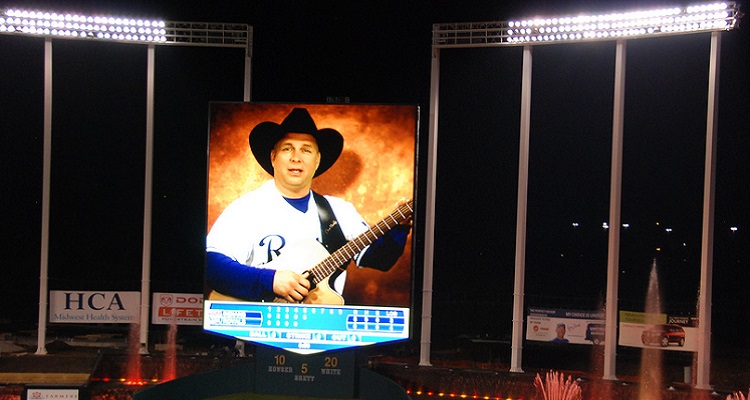 Give this round to Amazon Music Unlimited and Garth Brooks.

It’s hard to deny the immense popularity of country superstar Garth Brooks. He started off his career in 1986, and since then, has won two Grammys and twenty-two Country Music Awards. He’s also been the top U.S. solo artist. There’s just been one major problem for his music fans: his catalog wasn’t available on streaming. That changed today, however.

In a major win for Amazon Music Unlimited, the country superstar has signed an exclusive deal with the service. Starting today, Brooks fans will be able to stream the service right on the Amazon Music app. You won’t be listen to the entire Garth Brooks catalog, however.

For now, the only album available is his 2007 album, The Ultimate Hits, which features a collection of 34 songs. You’ll also be able to stream his 1998 album Double Live. This album will also be available to be streamed on Prime Music. You’ll also find the singer’s latest single, Baby, Let’s Lay Down and Dance from his upcoming album, Gunslinger. Diehard Brooks fans will have to wait a little longer for his entire catalog to appear on the service.

Along with Gunslinger, his upcoming holiday album with wife Trisha Yearwood, Christmas Together. In addition to being available on streaming, the Garth Brooks catalog will be available for purchase through digital downloads.

For those interested in checking out Garth Brooks over at Amazon Music Unlimited, you can click here.