Avenged Sevenfold Releases Its Seventh Album on the Wrong Label 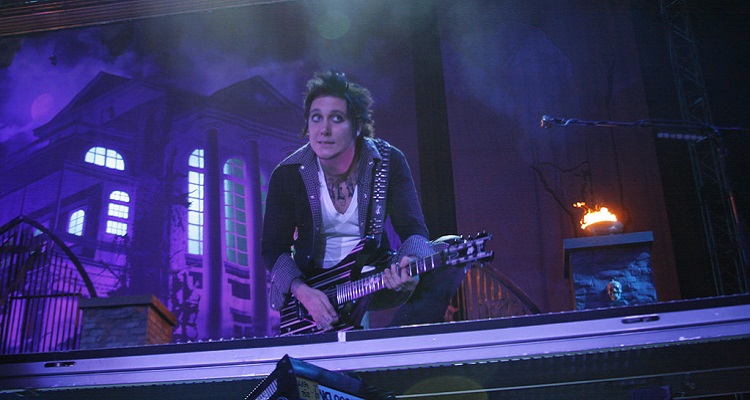 Avenged Sevenfold: We want out! Warner: NO!

Today’s a happy day for American heavy metal band Avenged Sevenfold. They’ve just released their new album, The Stage. This marks the seventh album released by the group from Huntington Beach, California. They celebrated the released by staging a performance on top of Capitol Records. You could view the event via live-streaming. Starting yesterday, you can purchase the album in stores, digitally, or listen via streaming. There’s just one big problem with their new album: it came out on Vivendi’s SA Capitol Records, and not Warner Music Group. And WMG is not pleased.

Earlier this year, the band posted a message to their fans on their website about the lawsuit. In the letter, the group wrote that they notified Warner Bros. Records about their decision. Under the California Labor Code, parties are able to leave personal contracts after seven years have passed. This is better known as the “seven-year rule.” However, the 70-year-old law was amended in 1980 so that record companies could claim lost profits on unfinished albums. The problem is, though, that there’s only a 45-day window for labels to do so. Avenged Sevenfold exercised their rights to break out of contract.

“In the coming days, you may read about the lawsuit our label filed against us for exercising our legal rights, rights the State of California granted specifically to protect artists. You may see mistaken facts or worse.”

The band delivered their letter to Warner last year on Nov. 25. The problem is that Warner Bros. sees this exercise as unlawful, and have filed a lawsuit in response. According to Warner, they didn’t receive the letter until Nov. 30. Even then, the group has “significantly invested” in the band’s upcoming albums, and thus, making the decision to leave unfair.

Avenged Sevenfold’s original contract stipulates five completed albums with Warner. The group has only released four, however. Warner unsuccessfully negotiated for an increase to six albums in late 2015. Warner, however, is asking for damages on sales of The Stage.

This may be the first time California’s seven-year rule will be challenged in court. The seven-year rule, however, includes a favorable clause for Warner: the labor code explicitly grants labels permission to sue if an artist or a group fails to deliver on the number of recordings previously agreed to. As a result, the release of the seventh album might be favorable for Warner in the lawsuit.

In a statement in January, the band’s attorney, Howard E. King, said,

“Avenged Sevenfold recently exercised the rights given them by this law and ended its recording agreement with Warner Bros. Records. [The label] underwent multiple regime changes that led to dramatic turnover at every level of the company, to the point where no one on the current A&R staff has even a nodding relationship with the band.”

Warner isn’t backing down, however. In a statement, a spokesman simply told WSJ,

“we’re proud of our partnership with Avenged Sevenfold over four great records, including the last two which were No. 1 on the Billboard 200 chart.”