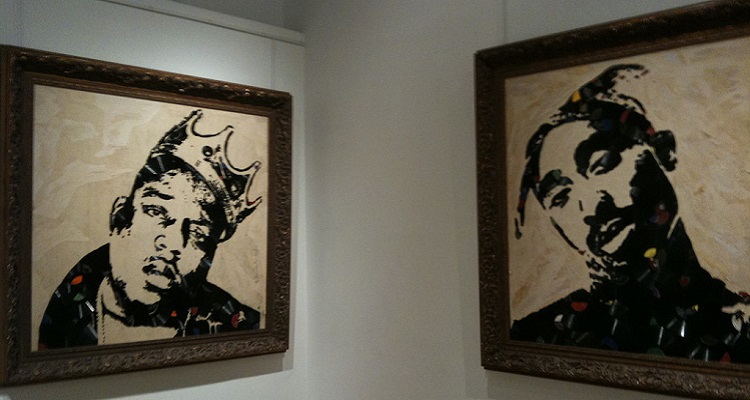 USA Network ordered the production of Unsolved, a scripted true crime story that follows police investigations into the separate murders of Tupac Shakur and Biggie Smalls.

Tupac Shakur was killed in a drive-by shooting in Las Vegas in September 1996. He was only 25. Then, Biggie Smalls was shot by an unknown assailant in March 1997. He was 24.

Variety reports that Unsolved is based on the experiences of former LAPD detective Greg Kading. He led multiple law-enforcement task forces investing both rappers’ murders. The murders are still unsolved, however. Kading also wrote the book, “Murder Rap: The Untold Story of Biggie Smalls & Tupac Shakur Murder Investigations.” The book is available on Amazon and serves as the source material of Unsolved. Kading will serve as co-executive producer. About the book, which enjoys a 4.5 rating, one user on Amazon wrote:

“This was an interesting read, with some shocking moments, and was overall well-written. There were some minor misspellings of certain locations & people, but that did not take away from the story.

I happen to be a fan of crime mysteries, and also a fan of Hip Hop, and was always fascinated with the murders of Tupac & Biggie, along with the “beefs” between the two. So this book seemed perfect for me.

I think this is the first book to actually bring closure to the case and put “all the pieces together.”

Kyle Long will pen Unsolved’s script. Long previously worked on another high-rated USA Network series, Suits. The show follows college dropout Mike Ross who initially worked as a law associate in a firm in Manhattan. The show premiered in 2011, and is now in its sixth season.

Unsolved is the fourth pilot USA has ordered as part of its 2016/2017 slate. Other pilots include The Sinner with Jessica Biel, who is also the show’s executive producer, 1930s era drama Damnation, and Yale-set period drama, The Tap.