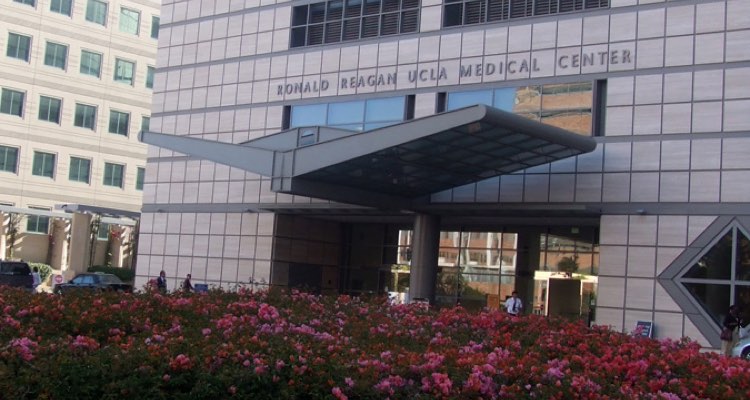 Kanye West has been rushed to UCLA Medical Center in Los Angeles for emergency psychiatric evaluation.  The issue follows the abrupt cancellation of his ‘Life of Pablo’ tour, and manic outbursts at shows.

After  a series of meltdowns, Kanye West has been rushed to UCLA Medical Center for emergency psychiatric evaluation.  Details remain light on Monday, though multiple reports confirmed the hospitalization.  The issue follows protracted tirades at recent shows in California, with an abrupt cancellation of his entire tour today.

West, who pledged his unfailing support for President-elect Donald Trump, has been weathering boos and hostility from pissed-off fans.  Just last night, fans in Sacramento repeatedly screamed ‘fuck you Kanye!’ after he cut that show short.  West delivered a brief political, pro-Trump rant, before storming off his elevated platform after 30 minutes.

On Monday, police responded to a distress call at Kanye’s resident shortly after 1 pm, with NBC and TMZ breaking the news.  A nervous breakdown may have been occurring, based on the report.  Psychiatric evaluation and hospital supervision were advised next steps.

Extreme sleep deprivation could be one culprit, as well as stress-related issues following the Presidential election.  Another possibility is that this is merely a publicity stunt, and part of an ongoing series of fabrications designed to stay in the spotlight.

West, a glutton for attention, latched onto Trump while lecturing Obama from his elevated stage, all the while announcing his candidacy for President in 2020.

In short order, the lights went on and fans learned that the show was over.  Shortly thereafter, word leaked that Kanye would be cancelling an upcoming show in Los Angeles, itself a make-up from a previously canceled gig.   The entire ‘Life of Pablo’ tour was nixed just moments later.

More as this situation develops!