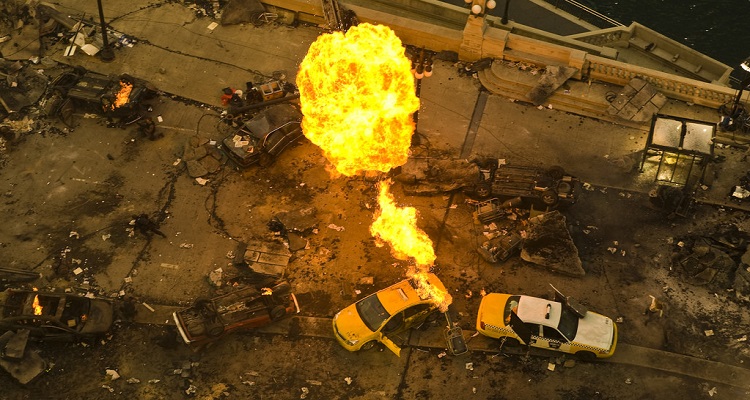 Kanye West cut his show early on Saturday night. After just three songs and to thunderous applause, Kanye introduced Kid Cudi. He then likened himself to Donald Trump and went into a 17-minute rant. He addressed radio programmers, MTV, called out Jay Z and Beyonce, Hillary Clinton, Google, Facebook, Mark Zuckerberg and more.

At one point during his rant, he said,

“I am putting my career, my life, my public real standing at risk when I talk to y’all like this. This is the moment in the Matrix, bro…[expletive] might feel a way about this tonight. Beyonce, I was hurt, ‘cause I heard that you said you wouldn’t perform unless you won Video of the Year over me and over ‘Hotline Bling’.  In my opinion, now don’t go trying to diss Beyonce.  She is great.  Taylor Swift is great. We are all great people.  We are all equal, but sometimes, we be playin’ the politics too much, and forgetting who we are, just to win.  [Expletive] winning…looking cool… [expletive] all that…

At yet another point, he said,

“It’s a new world, Hillary Clinton, it’s a new world. Feelings matter. Because guess what? Everybody in Middle America felt a way and they showed you how they felt.”

He wondered why Drake is promoted but not Frank Ocean. He also questioned why he’s frequently overlooked at awards shows.

At another point, Kanye said,

“Obama couldn’t make America great because he couldn’t be him to be who he was. Black men have been slaves. Obama wasn’t allowed to do this and still win. He had to be perfect. But being perfect don’t always change [things.]”

Kanye ended his rambling monologue and dropped his mic amidst crowd boos.

Kanye West tells the crowd the show is over after performing 3 songs. #SaintPabloTour #SaintPablo so much disbelief.. ? pic.twitter.com/skre0y678Z

Fans immediately took to social media, denouncing the rapper and asking for refunds. They also filled the arena with “F**k you, Kanye” chants.

Crowd chanting “F*** you, Kanye” after he showed up an hour & a half late, sang 3 songs, ranted, ended show. #SaintPabloTour pic.twitter.com/cQ7V6pox8R

Following the rant, West cancelled his Los Angeles make-up show on Sunday just hours before the show was scheduled to begin.

Kanye canceled the makeup concert for the show he walked out on. pic.twitter.com/U2siliSF1b

According to Los Angeles Times reporter, Kanye is ready to cancel the rest of the Saint Pablo Tour.  There’s no word yet on 2017 European dates, however.

Updated: Looks like the entire tour is getting canceled.

Just got word from a source that @kanyewest informed his crew that remaining dates of U.S. #SaintPabloTour are nixed.

No word on European dates that were planned for 2017.

Fans who attended the show received good news on Sunday. The Golden 1 Center in Sacramento is refunding tickets in full through Ticketmaster.com or at the original point of purchase. Here’s the official statement.

For additional information, contact the original point of purchase directly.”