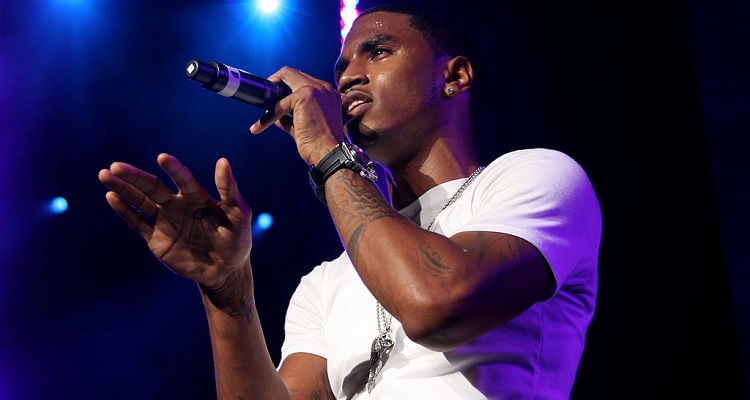 Trey Songz destroyed a stage in Detroit and got arrested. That’s not a good way to end 2016.

Police arrested popular R&B singer-songwriter Trey Songz after he refused to step down from the stage. The Detroit News reports that Trey Songz turned violent.

Trey Songz, whose real name is Tremaine Neverson, took part in the fourth annual Big Show at the Joe in Detroit. Chris Brown and Lil Yachty also performed. However, at 11:30 p.m., he was told to leave the stage because his time was up.

Big Show at the Joe is a multi-artist concert put on by FM 98 WLJB and Channel 95.5. Desiigner and Young M.A. also performed.

Detroit Police Department spokesman Officer Dan Donakowski said that at that point, Songz “became upset and belligerent.” He tossed microphones and speakers in rage. He also attempted to break the equipment.

Gang Intelligence Unit officers came on stage and tried to calm the Neverson. However, the artist continually threw objects. One such object hit a sergeant’s head. Medical crew transported the sergeant to an area hospital.

Detroit Police Department charged Trey Songz for malicious destruction of property as well as resisting and obstructing arrest. According to Officer Donakowski, the singer remained at Detroit Detention Center Thursday morning. Officers expect an arraignment soon, but do not know the timing.

Songz’s record label, Channel 95.5, and FM 98 WLJB have yet to comment on the singer’s breakdown and subsequent arrest.

A Wayne County Prosecutor’s Office spokesman said it hasn’t received a warrant in this case.

The singer-songwriter last won a Soul Train Music Award in 2014. Since then, the singer hasn’t released any new albums. However, Kevin Hart’s single, Push It On Me, features Trey Songz. The song spent nine weeks on Billboard’s Hip-Hop/R&B Airplay chart. He also appeared on Kevin Gates’ Jam.