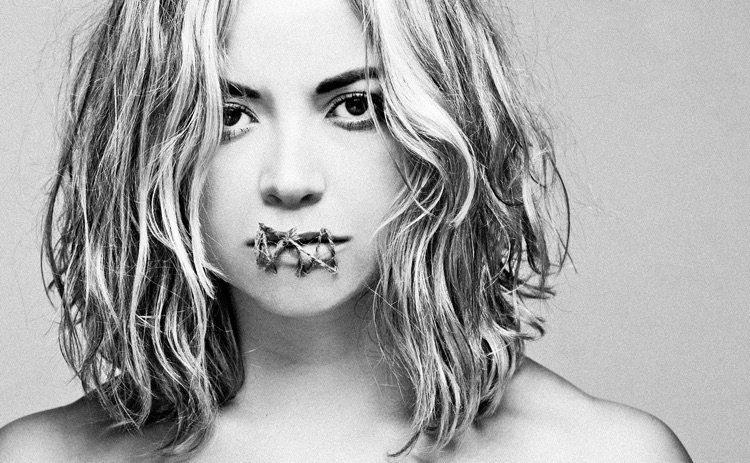 Charlotte Church, from a 2012 tour poster.

So who’s running the Trump Inauguration Committee, anyway?  And why would they invite an obviously anti-Trump artist like Charlotte Church?

Instead, Charlotte Church is all-out slamming the soon-to-be-President.  Which makes sense given her extremely vocal stances on issues like sexism in the music industry, among other things.  “Your staff have asked me to sing at your inauguration, a simple Internet search would show I think you’re a tyrant. Bye,” the singer tweeted to @realDonaldTrump, with a few poop emojis as decoration.

+ I’m Charlotte Church. And This Is How Women Are Routinely Demoralized by the Music Industry…

Separately, Moby was also invited to perform, raising serious questions about who’s extending these invitations.  Of course, the vegan DJ declined, and informed everyone about it.  “Hahahahaha, wait, Hahahaha, really?” Moby responded on Instagram.

Moby, a declared libertarian, actually agreed to play.  That is, only if he could play Public Enemy, Stockhausen, and a variety of other Inauguration-unfriendly artists.  He also offered to play for free, if Trump released his tax returns.

Then again, WTF was this Committee thinking?  Moby recently penned an anti-Trump ‘Open Letter to America,’ available on the interwebs.  “Donald Trump is a racist and a misogynist who has ruined countless businesses and will be the worst president our country has ever, ever seen,” Moby stated.

What other anti-Trump artists will receive underhanded softball pitches?  Obviously, an invitation like this is too juicy to keep a secret.

What about Kid Rock, Ted Nugent, and Kanye?

Meanwhile, more fitting choices are being flat-out ignored.  Strangely, names like Kid Rock, Ted Nugent, and Kanye West have not been invited, despite their ardent support for Trump.

In fact, all three of those artists would probably jump at the chance to perform.  Kid Rock recently produced a line of pro-Trump merchandise, and Kanye West scored a highly-publicized visit with the President-Elect.  Kanye has even spent hours praising Trump at concerts (before having a meltdown).

All of which raises the question: is the Trump Inauguration Committee already losing sight of their core voter?