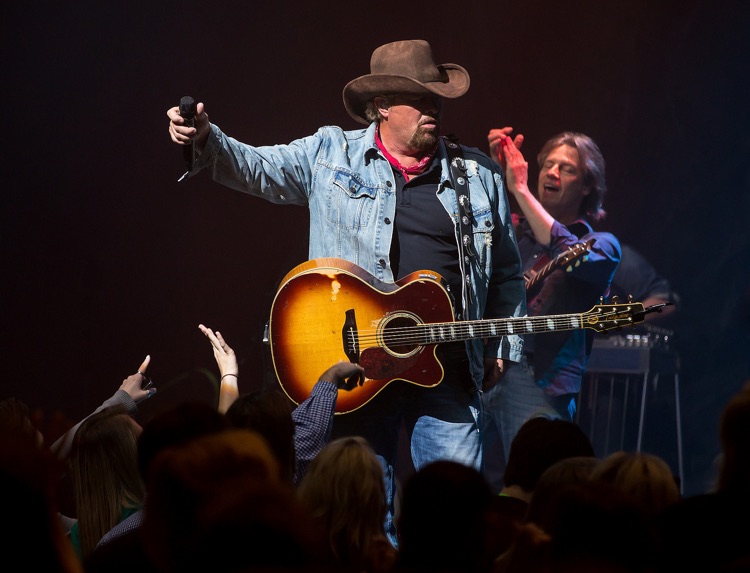 Garth Brooks turned Donald Trump down.  But Toby Keith has now accepted a last-minute offer.  And he’s not the only one.

With one week to go, the Donald Trump Inauguration Committee has finally landed a superstar.  After getting rejected by heartland favorite Garth Brooks, Toby Keith has now agreed to play the controversial gig.

According to details just shared with DMN, Toby Keith will play in featured performance role.  Specifically, the country star will lead a large Inaugural concert in front of the Lincoln Memorial on January 19th.  The concert will be called “The Make America Great Again! Welcome Celebration,” with hours of musical enjoyment.

On January 20th, Jackie Evancho will be singing the ‘Star Spangled Banner’ immediately after the President-Elect is sworn in.  At this stage, we’re unclear if other marquee performances will occur around the ‘main event’.

We’re also learning that a few other groups have also said yes.  That includes 3 Doors Down, a group that had a string of hits in the early 2000s.  Also joining the bill will be Lee Greenwood, whose multi-decade career is legendary in country.

Additionally, Jennifer Holliday, The Piano Guys and the Frontmen of Country will be performing, according to the Inauguration Committee.  Earlier, Big & Rich and Cowboy Troy also confirmed.  Not exactly Trump’s first choices, but no slouches either.

The confirmations reverse a string of high-profile rejections.  Beyond Garth Brooks, the list of superstars saying no is now voluminous.  Elton John, Celine Dion, Andrea Bocelli, Charlotte Church, Moby, the Beach Boys, David Foster, and Rebecca Ferguson have all declined, some quite vocally.

Separately, the Trump Inauguration has received a surprising yes from the Talladega College marching band.  Alums from the historically-black college were adamantly opposed, though the group has now managed to raise more than $320,000 to make the trip from Alabama.

More details as we learn them!