Why We Agreed to Play at Donald Trump’s Inauguration 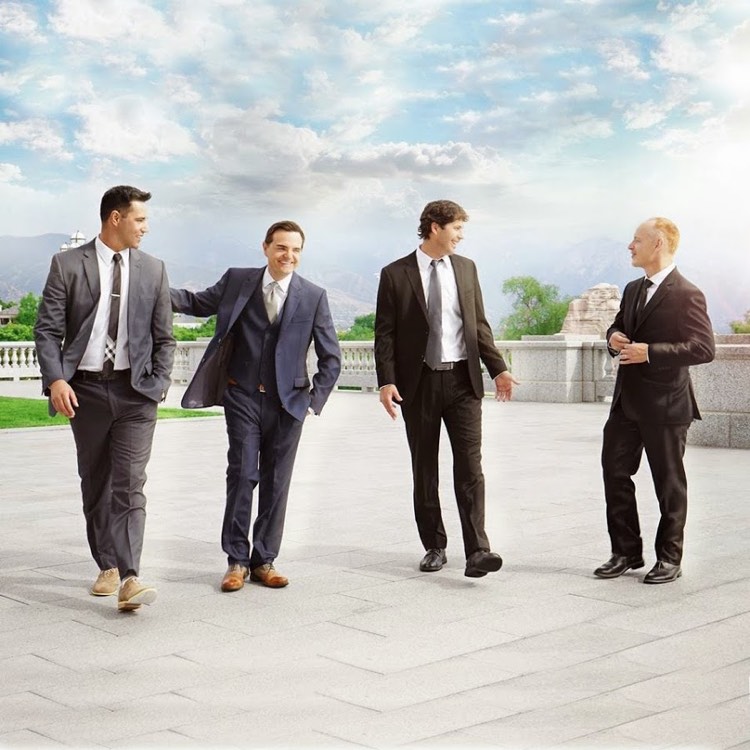 Our Statement on our Inauguration Performance, by the Piano Guys.

The following comes from the Piano Guys, who agreed to play at Donald Trump’s Inauguration.  The group faced heavy backlash from fans, but decided not to back out.  Here’s their official statement on why they stayed on the bill.

Last night as I was kissing my daughter good night she asked me in an innocent, but tentative tone, “Daddy, why are people mad at you?” It brought tears to my eyes.

I told her that I wish I could gather up everyone angry with the Piano Guys one by one and talk with them face to face. Hear their story. Empathize with their concerns, and mourn together so we could comfort each other. We, too, are distraught and despondent over how divisive this chapter in our nation’s politics has been. We, too, want what’s best for everyone in this country.

Those of you who know us, know we grew up as “nerdy” musicians and we experienced bullying firsthand.

We abhor and decry bullying.  You know that we honor our relationships with our spouses more than anything else.  You know we believe women are Divinely appointed to not only equality, but also respect and chivalrous deference.

And you also know that in our history our ancestors were refugees, driven from their homes in fear for their lives.

We empathetically embrace those now in the same situation.  You know we believe in loving all people, regardless of gender, race, political affiliation, country of origin, or religious background.  You know we believe that differences are meant to be celebrated, not calculated.  And if you know our music, you know that we painstakingly, prayerfully write and perform it with the intention to give it the greatest potential to lift others and break down barriers, not build them.

Many have asked why we are performing at the Inauguration.

First, you need to know that when we were invited to perform we made it a matter of serious prayer and deep soul searching.  We’ve found that our music has offered the most optimism when we’ve had the opportunity to perform for people who may not completely agree with who we are or what we stand for.

Not long ago we had the chance to perform in a country that was dangerously at odds with our homeland.  We felt tremendous tension even as we deplaned and walked through the airport’s immigration system.  That night, prior to performing, we were tempted to shrink from the stage, but we prayed, steeled ourselves, and took that stage.

Reticently reaching out a hand in fellowship, we began to perform a folksong beloved by this country, which we had arranged especially for this occasion.  Something happened we’ll never forget.  All the animosity, all the cultural attrition, all the potential for hatred melted away like the dawn does with the fierce winter frost.   The audience began to sing – with a deeply placid, but resonant timbre.  The chasm separating us grew together. Tears washed away whatever the leaders of our respective nations had done to offend each other and for that moment we weren’t nationalistic opponents.

We weren’t political pawns.  And we weren’t labels. We were family.

When decisions are too difficult to make on our own one of the things we do is look to men and women who have acted above and beyond petty partisanship and even beyond themselves to bridge over barriers.  People that have made the world a better place because they stayed true to the mission they felt they were foreordained to fulfill.

People like Mother Teresa who defied cultural castes to serve people considered “untouchable.”  She once said,

“If you judge people, you have no time to love them. Spread love everywhere you go. Let no one ever come to you without leaving happier. Be faithful in small things because it is in them that your strength lies.”

We look to Marian Anderson – one of history’s bravest proponents of civil rights – an African-American woman who sang for two inaugurations in a divided, segregated nation, despite being treated by many in that nation with unthinkable prejudice and baseless hatred.  She once said,

“As long as you keep a person down, some part of you has to be down there to hold him down, so it means you cannot soar as you otherwise might.”

How she must have smiled from above when President Obama was elected – a landmark leap forward in the struggle she so peacefully fought so fiercely.

This same President Obama counseled us all to “work as hard as we can to make sure that this is a successful transition for the President-elect — because we are now all rooting for his success in uniting and leading the country.  The peaceful transition of power is one of the hallmarks of our democracy.  And over the next few months, we are going to show that to the world.”

We look to Jesus Christ, who we believe to be the greatest example of unconditional love in history, whose antagonists attempted to trap him into treachery against his own teachings in order to uphold the law of the day and stone a woman they caught in adultery.  To them He suggested,

“He that is without sin among you, let him first cast a stone at her.”

Jesus asked us to love our neighbor unconditionally and forgive those that sin differently than we do.

We’re no Mother Teresas. Far from it.  And we’ll never be as perfect as Christ.  But that won’t stop us from striving our best to be like them.  We’re not performing for politics or in support of one man or one woman.  We’re just doing all we can to follow our hearts in the unconditional pursuit of making this nation, and this world, a better place for all people – to use our music, which is a small thing, to span divides, spread love, and displace discord with harmony.

We have hope for the future!

When Jon’s daughter went missing people came to our aid in incredibly unselfish, loving, caring, and non-judgmental ways. We wish everyone could have seen the goodness in others we saw. It reaffirmed our hope that it’s gonna be okay. That, though the pendulum of politics swings one way or another, good will win in the end.

To our friends who have felt disturbed by our involvement, we want you to know that this doesn’t lessen our gratitude for what you have done for us.  Not one bit.  We still feel indebted to you.  We love you.  You give our music wings!

We sincerely hope and pray for your understanding.  And we don’t feel right limiting our positive message only to people who believe or act the same way we do.  We haven’t changed our message.  And we haven’t changed who we are, what we stand for, or what our music means and why we write it.

We’re still doing what we’ve always done – playing for anyone who will hear our musical message with the hope that it persuades its listeners to love others.