A Complete List Of All Donald Trump Inauguration Performers (Updated) 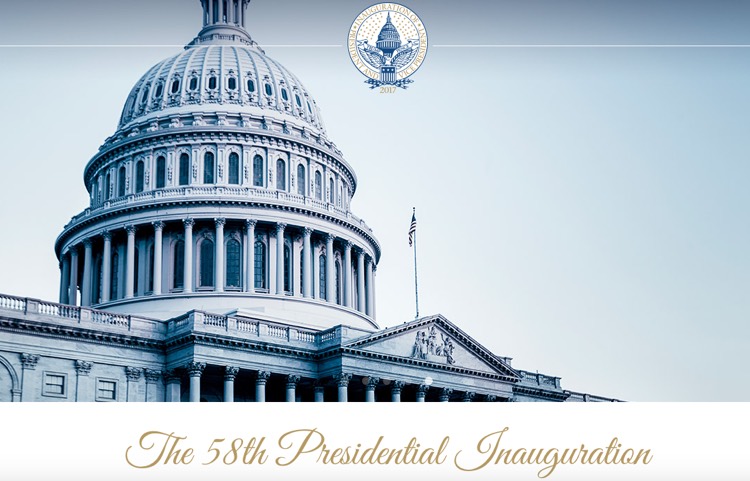 Latest changes: Lots of last-minute additions to pre-Inaugural balls, including Sam Moore (from ‘Sam and Dave,’ see Part V below).  The Piano Guys have definitely not backed out (see statement here).  No major cancellations (as least in the past few days)!

Also: Chrisette Michelle also confirmed earlier Thursday, to howls of protest among African-American fans.  That includes Spike Lee, who cancelled her inclusion in his upcoming Netflix series.  More coverage on that ahead.

Part I: The Inauguration Parade.

This is a ‘special ceremonial unit’ of the US Army, decorated in customized, non-standard regalia.  The group typically performs at ceremonial occasions, like Presidential Inaugurations.

The group officially confirmed its placement in the upcoming Inauguration.  “It is with great pride that we announce that the Frankfort High School Band has been selected to represent West Virginia in the upcoming Presidential Inaugural Parade on Friday, January 20th in Washington, D.C.  We are thrilled and humbled to once again be a part of American history.”

The group has agreed to play, but there has been considerable pressure to cancel.  A former member of the group has now launched a petition demanding that the school cancel; looks like a go, however.

This is the only group from California making the trip.  The group is reportedly absorbing the $80,000 cost, but held a successful fundraiser to defray costs.  No protests that we can see, looks like a go.

The group was $100,000 short of the funds necessary to make the trip, but it looks like a Fox News feature changed that.  At this stage, it’s not clear if they will attend given that they’ve raised only a modest percentage of the funds.  They’re still listed; no word back from the Inaugural committee.  Here’s the group’s GoFundMe page.

Another green light. The band has confirmed to DMN that they will be there.

The all-black university band has ruffled feathers among students and alumni alike, but this is definitely a ‘go’.  The band has raised more than $350,000 to make the trip… and counting.

The group has informed DMN that this is a go.  Coordinator Jason Cross says they have the money, and it’s all down to the details at this point.

The band is currently facing protests against its decision to play the Inauguration.  But the group insists this is ‘not about politics’ and is moving forward.  Onward ho!

Each branch of the United States military will also be represented.

Just confirmed (Jan 13th).  Will lead a “Make America Great Again!” concert on the steps of the Lincoln Memorial.

Evancho, a semi-finalist on America’s Got Talent, will sing the ‘Star-Spangled Banner’ to close out the swearing-in ceremonies.

The Choir is a longtime Inauguration participant, though this is not without controversy.  The show is happening, though at least one member has publicly quit.

They are confirmed despite massive in-fighting and resistance.  A large number are refusing to perform.  Despite vocal complaints against Trump, the group itself has been accused of extreme racism against black and darker-skinned performers.

+ The Rockettes: “One of the Most Racist Organizations in American Entertainment”

The main concert; situated on the steps of the Lincoln Memorial.

More from the Inauguration coordinators: “The Make America Great Again! Welcome Celebration is produced and directed by Emmy Award winners and nominees. For the first time ever, this inaugural event will be a fully produced broadcast event freely available to all U.S. networks, and features the first planned remarks by the President-elect in Washington, D.C. The Make America Great Again! Welcome Celebration will also be a pooled event.”

Part III: Performers for the ‘ Voices of the People’ Concert:

More on all of the above events at the Trump Inaugural website.

(all of these performers are playing various parties pre and post; more details here).

From the Inauguration Committee: “Liberty and Freedom: The Official Presidential Inaugural Balls will take place at the Walter E. Washington Convention Center and, for the first time ever, the Presidential Inaugural Committee will provide all television networks the right to freely air the live two-hour show simultaneously in both balls, allowing Americans throughout the country to watch the President’s remarks and first dance with the First Lady.”

The Salute to Our Armed Services Ball

The B Street Band.

More details as they come in!