Chrisette Michele Just Got Paid $250,000 for a 30 Minute Trump Performance 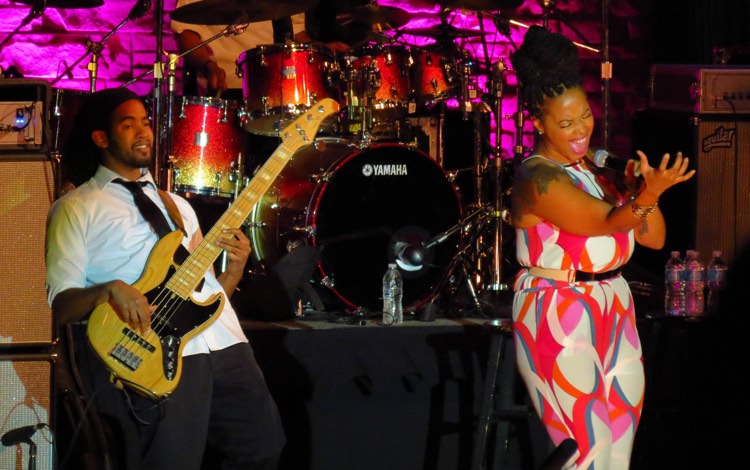 Chrisette Michele reportedly just pocketed $250,000 for a half-hour Trump Inaugural performance.  Sorry, what was that, Netflix?

Update, Saturday January 21st (AM): Chrisette Michele’s payout was initially thought to be $750,000.  But that figure may have been for a larger ensemble that dropped out.

Chrisette Michelle has been brutally attacked for accepting a Trump Inaugural gig.  Fans are calling her a traitor.  Fellow artists are calling her a sell-out.  And Spike Lee canceled her from his upcoming Netflix remake of ‘She’s Gotta Have It.’

None of those people are paying her a quarter million dollars for a 30-minute indoor performance.

According to details just published by the New York Daily News, the Trump Inauguration Committee ponied a cool $250,000 for the singer.  And on Friday night, Chrisette Michele played a smooth, quick set at the Liberty Ball on a cushy indoor stage.

Then, it was a bit of conversation with attendees, some free drinks and hors d’oeuvre, and that was that!

Michele’s manager has been dead quiet on the news, refusing to respond to an inquiry from DMN and other publications.  Other r&b and gospel stars were apparently part of an ‘all-star cast,’ before dropping out.  That may have left Michele with the lion’s share of the payout.

The payment figure was originally believed to be $750,000.  But that may have been allocated for the entire r&b and gospel ensemble.  The Inaugural Committee intentionally kept the names of the other participants quiet, fearing last-minute cancellations.  Ultimately, those performers decided the bad publicity and ethical problems weren’t worth it.

Meanwhile, Chrisette Michele played the unity card, even quoting MLK in a tweet to fans.  That only served to inflame followers, with Michele soon broiled in Twitter hell.

And if you don’t believe that, check out this blowback on Twitter.  Indeed, it’s difficult to imagine Chrisette Michele having the same relationship with her fans after this decision.

But wait: one person has leapt to Chrisette’s defense: Lil Mo.  “Somebody has to stand up and be a voice for us,” Lil Mo asserted. “We can’t just be mad and don’t have a solution. We’ve wasted too much time and too much energy upset at something that we can’t control.

“It’s time to deal with it. We don’t have to accept anything that they dish us, we just have to fight back.”

And get paid doing it!