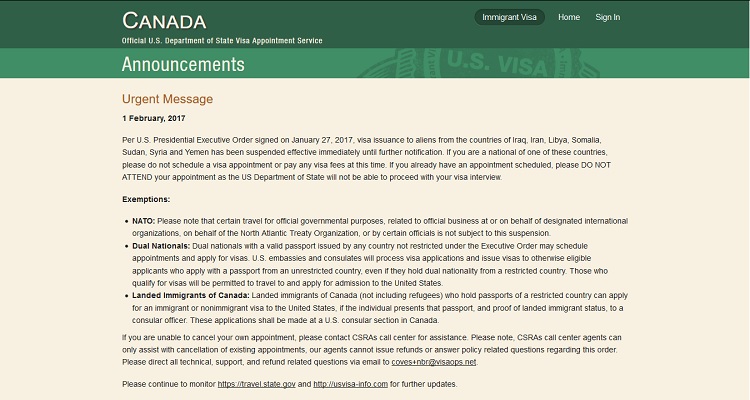 Bandcamp’s not alone in their protest against President Donald Trump’s travel ban.

The music community has forcefully pushed back against the order.  Now, that pushback is intensifying.

Several days ago, Bandcamp CEO Ethan Diamond sent out an e-mail to every Bandcamp user.  Diamond stated that this Friday, 100% of Bandcamp’s share of the proceeds of any purchase will go directly to the ACLU. Going further, he added,

“This is not who we are, and it is not what we believe in.  We at Bandcamp oppose the ban wholeheartedly, and extend our support to those whose lives have been upended.”

Indie labels as well as artists have also joined the protest. Yesterday, under the hashtag “#NoBanNoWall,” the organization announced that over 400 labels and artists will donate their Bandcamp profits.

Several top names include Kill Rock Stars, Tompkins Square, Alanna McArdle, and Merge Records. Some artists and labels will only donate a percentage to the ACLU. A number of labels and artists have chosen to donate to other organizations including the Nigerian Muslim Association of New York. Son Lux will donate proceeds from “At War with Walls and Mazes” to the ACLU for the next four years. Xiu Xiu will follow suit with all Bandcamp revenues going to the ACLU during the same timeframe.

“Like 98% of U.S. citizens (including the President), I am the descendant of immigrants – my great-grandparents came to America from Russia and Lithuania as teenagers and worked in sweatshops until they were able to afford to bring the rest of their families over.  Most everyone you speak to in this country has a similar story to tell, because we are, in fact, a nation of immigrants, bound together by a shared belief in justice, equality, and the freedom to pursue a better life. In this context, last week’s Executive Order barring immigrants and refugees from seven Middle Eastern countries from entering the United States is not simply immoral, it violates the very spirit and foundation of America.”