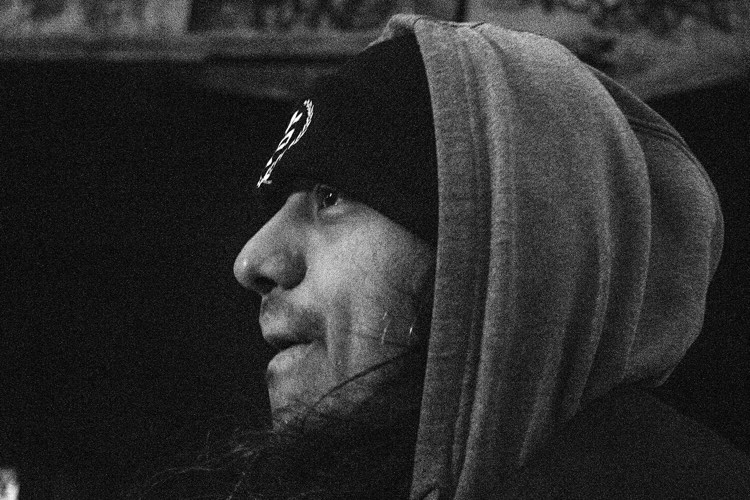 Rick Ross threatened to kill the President.  So did Big Sean.  But Latino rapper Renizance was hunted down by the Secret Service for his highly-detailed assassination fantasy, ‘Trump Dies’.

Aside from Kanye West, the rap community has been virulently anti-Trump.  That is coming out in the music, though rapper Renizance may have gone too far.  Just this past week, the Fort Worth, Texas-based rapper received a threatening interrogation from Secret Service officials over his recent release, ‘Trump Dies’.

The track offers a detailed plot to capture and kill Donald Trump.

Plenty of artists (and people) a solidly anti-Trump.  And songs like ‘Fuck Donald Trump’ by YG and Nipsey Hussle are now gaining nationwide airplay.  But ‘Trump Dies’ takes things to an entirely new level, and goes far beyond a simple death threat.  Instead, Renizance outlines a fairly detailed kidnapping plan, and even cites a drug cartel bounty of $100 million on Trump’s head.

According to Renizance, the track was ripped down from YouTube before being re-uploaded.  It starts out with a now-famous anti-Mexican ‘rapist’ speech by Donald Trump, which segues into Renizance plotting the assassination.

Here’s a sampling of the lyrics.

“Find the city he’s gonna be in

Hop in my ride and I’m on the freeway

Got connects in Chitown so I don’t need

To take straps I get ’em off my people

Call Pablo, tell him what I need

Snatch his ass at his Trump Tower

Know someone who gives me his location

Even knows where his limo driver stay in

Got the scoop on every time of day

that I can snatch his ass with no hesitation

catch him when he ain’t thinking ’bout it

Roll up on him with a fucking Uzi

Tell him to hit the ground before I fuckin’ shoot him

Take his outfit take his iPhone

Give a fuck to get in my dome

Probably snitch if I let him loose

So I had to leave his fuckin’ mind blown

Call my homie to dump the evidence

To clean up all the blood and excrement

Got a plug because my uncle works for the Sinaloa Cartel

“Even to try to attempt something like that you are a dumb ass.”

Enter the Secret Service, which actually chased down the rapper in his hometown of Fort Worth and detained him at his home.  Exactly what made the Secret Service take this threat seriously is unknown, though repeated reference to the Sinaloa Drug Cartel and the $100 million bounty may have generated concern.

The rapper was secured for several hours of intense questioning, but not held further or incarcerated.

Here’s how Renizance described that meeting in an interview on the Murder Master Music Show (check out the full clip here).

“They asked me a whole lot of fuckin’ questions and if I was crazy enough to do all this shit.  At the end of the interview, they asked me if I had ever thought of really going through with harming the President.  Even to try to attempt something like that you are a dumb ass.

I told them, ‘Honestly, I’m not stupid enough to try to do that.’  I don’t like the guy and it is basically artistic expression.  I was expressing myself through art.  That’s all it was and these mutha fuckaz was not playing.  They really wanted to know everything about me.

“At the very beginning the first thing that was running through my mind was the movie Enemy of the State with Will Smith. Initially I didn’t know what was about to go down.  You read a lot of stories with laws for Homeland Security. There are laws where they can detain you indefinitely as long as they consider you a threat to National Security.  That was the first thing that was crossing my mind.

I met up with them and luckily for me it didn’t turn out that way. They understood that I was just an artist expressing myself. I’m glad for the fact that it didn’t go any further.”

And here’s the video, which might be ripped down by the time you read this.