It’s a Musical Set In the Late-70s South Bronx. Any Questions? 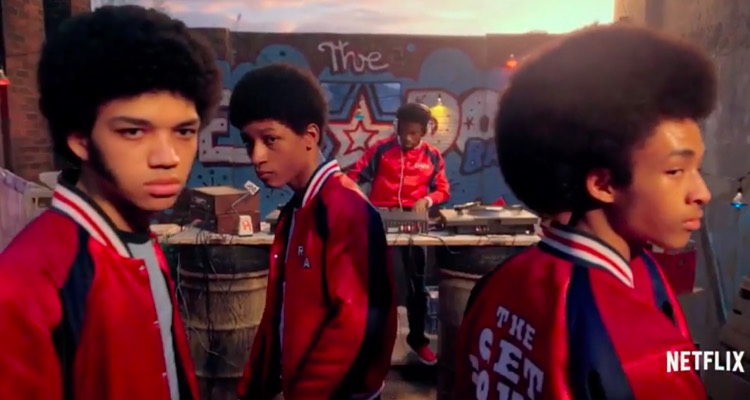 ‘This ain’t Disneyland, it’s the Bronx.’

‘The Get Down’ is back for another round.  But the Netflix series, which traces roots from its origins in the Bronx, isn’t what you think.

Contrary to popular belief, rap didn’t start in LA.  Or Atlanta.  Or even Brooklyn.  It started in the ravaged slums of late-70s Bronx, where ‘The Get Down’ is set.

But instead of a gritty history, ‘The Get Down’ is actually a musical.  That’s right, a musical set against burnt-out buildings, drugs, gang-banging, and dreams that seem hopeless.  Yes, ladies and gentlemen, one of the most powerful movements in music emanated from a seemingly hopeless place.  And that’s where ‘The Get Down’ takes its inspiration.

If you haven’t been watching this series, you might want to catch up.  The first part is 1977, and part two picks up in 1978.  Just keep an open mind, and give it a chance.  Soon enough, you’ll sink right into this unusual approach.

Basically, ‘The Get Down’ follows four teenagers who have everything against them: Shameik Moore, Justice Smith, Jaden Smith, and Herizen Guardiola.  This is their trek, their journey at the beginning.

And behind the scenes are some people who actually came from that scene.  Or, nearby it.  Grandmaster Flash is an associate producer, while Nas plays an executive producer role.

And Nas, who actually hails from Queensbridge, penned a Bronx-themed song for the series.

Back to ‘The Get Down,’ here’s a little teaser ahead of the April 11th start date.  It’s short-n-sweet, but hey.

The series was conceptualized by Baz Luhrmann and Stephen Adly Guirgis.

And here’s a little taste of the musical soundtrack involved.  It’s DJ Pho’s ‘The Get Down (The Mixtape)’.  The mixtape, which has nearly 750,000 plays, traverses a bunch of different styles from the era.