Pandora CEO Intends To Turn a Profit, But Doesn’t Explain How 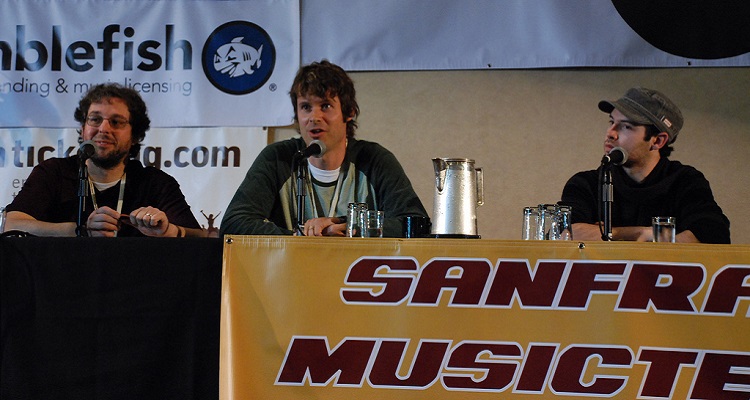 In a new interview with CNBC, Pandora CEO Tim Westergren shared how the company will make a profit.

SiriusXM walked away from acquisition talks, calling the company’s stock “overvalued.”  Earlier this year, Pandora cut 7% of its workforce.  Yet, according to CEO Tim Westergren, 2017 will be the year the company posts a profit.

On CNBC’s Squawk Alley, Tim Westergren said, “We intend to be profitable this year.”

However, he avoided answering questions about whether the company was for sale.  Instead, he told Squawk Alley that the company has faced viability standing questions before.  The company, according to Westergren, beat out radio offerings from top tech giants, and still continues unchallenged.

“We’ve seen this movie before, 10, 11 years ago when we launched internet radio.  A lot of folks said the same thing – AOL, Microsoft, Yahoo had large personalized radio products with big distribution.   But we built a much better product, and here we are years later the king of that category.  We just think we’ve seen this before.”

Going further, rival streaming services aren’t worrying Westergren.  Taking a swipe at competitors, he claims that Amazon and Apple have yet to offer a true premium product.  In fact, he boasted that Pandora Premium offers listeners what they really need.

“I am confident about our ability in this space.  These are early days in the subscription of music.  And listeners don’t know what a real premium product looks like yet, and that’s what Pandora is.”

Pandora launched its premium service on Monday.  However, taking a closer look, the company’s premium features appear awfully similar to its competitors.  Apple Music and Spotify both offer “smart playlists”.  Its touted ‘My Thumbs Up’ feature matches Spotify’s Discover Weekly and Daily Mixes (even though Pandora practically invented the idea).

Pandora Premium also costs $9.99 a month, on par with the competition.  In addition, a new survey shows that despite being the “king” of streaming, its position is quickly eroding.  In the past 3 years, people aged 12 to 54 have switched to rivals like Spotify and iHeartRadio.

So, what makes Westergren and crew confident in their ability to make a profit?  The company has a “unique advantage” in understanding what users like.  That turns the service into “a friend you have known for a while”.  Over 112 million have created at least four stations, claims Westergren.  He explained that for the company,

When you enter a song, you don’t have to have “to hunt and peck your way to a playlist,” said Westergren.  Instead, with Pandora, you will find a whole host of songs uniquely picked for the users (again, like Spotify.)

Westergren dismissed speculation about a SiriusXM acquisition as merely the “joys of being a public company”.  The company will instead focus on the product, artist partnerships, advertisers, and shareholders.

But, will the company take on private equity financing?  Probably, but Westergren said that the company would do so “from a position of strength”.  Top smartphone launches, including the new Samsung phone, the iPhone, and Amazon Echo’s success will ultimately benefit the company’s business.

“We love new products that come out for distribution.  We are the most used app on pretty much every one of these devices.”

However, in the interview, Westergren didn’t lay out a clear financial game plan for the company.  Pandora has remained in the internet radio market for 17 years now.  It has yet to unlock the secret to turn large subscriber numbers into profit, however.