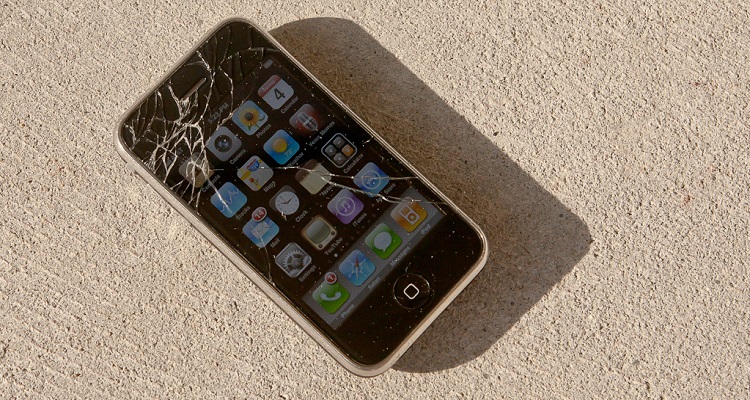 Did ricegum inadvertently admit to assaulting Gabbie Hanna, then mock her for it?

At a party, popular YouTuber ricegum allegedly struck and hit Gabbie Hanna. After scratching her, he proceeded to destroy her phone.

(Here’s our breaking coverage on what happened.  If you’re just tuning in, read this first).

We’re talking about a person who has built a career off over exaggerating & lying about stories for $. This is exactly what she wants.

Fuck this girl and all this fake shit. Ask anyone at that party. Video up later today lol

Yet, ricegum may have accidentally admitted to assaulting Gabbie Hanna.  According to a video posted by Romeo Lacoste (and re-tweeted by ricegum), ricegum didn’t actually strike her. He says,

“…ricegum, I’m cool with Gabbie. This is completely not biased.  I was sitting right there, and I saw the whole thing happen.  And I feel a lot of misinformation is being thrown around.  And, also, the whole thing is being overly exaggerated.

So, basically, what happened was that me and ricegum were talking, chit-chatting, or whatever, catching up.  And Gaby sits down on the couch and sticks the camera in his face, snapping.  And, obviously, she didn’t mean any harm by it.  She was just joking around.  But she just keeps snapping and snapping, you know.  And, you know, we’re at a birthday party.  So I feel like maybe it’s not the right place and situation to be doing, you know, that kind of stuff. Cause, you know, everyone’s drinking, so it’s not like everyone wants to be on camera and things like that.

So, you know, he tells her, ‘Hey, can you not post that?’ And, I think, maybe she didn’t realize that he was being serious and thought that maybe he was joking…so she just kept snapping, and you know, doing more snaps, talking about the diss on the video or whatever…he asked her, I think, two or three more times, like, ‘Hey, can you not post that?’…she just kept filming.

And, he just jumped up, you know, and went to reach for her phone…she’s sitting on the couch and he’s standing up…it was more of like a tug-of-war, you know, them pulling the phone back and forth. Maybe for a few seconds. And then, he snatched her phone out of her hand and slammed it on the ground and broke the phone and then walked out.

Was he being aggressive? Yes. Definitely. Definitely more aggressive than he should have been for the situation. Did I see him hit her? Definitely not. Did he twist her arm? Definitely not. He wasn’t pinning her down. He didn’t hit her, he didn’t twist her arm. I would say, honestly, that this was just, you know, it was more of a tug-of-war of grabbing the phone. And he slammed the phone down and broke it. That’s pretty much all that really happened.

I feel like the whole situation is being blown out of proportion and exaggerated. I understand, you know, everyone’s upset. But, I mean, that’s really what happened. And, that’s all there really is to it. He left. I talked to him afterwards. He sent like, $2000 like right away, pretty much, to pay for the phone. And, obviously, the phone doesn’t cost two thousand bucks, so, you know.

And, yeah, that’s pretty much all that happened. I understand that she was really upset. He’s probably really upset, too. I think the whole thing is, you know…I would compare it to an aggressive argument. You know, I think, honestly, people just get in argument and disagreement. But no one was hit, no one got…”

“Now you can see big nose [Gabbie Hanna] was clearly exaggerating. I still see people say ‘ok he didn’t hit her but he still grabbed her phone and smashed it’…Bottom line, I may smash peoples phones but I definitely do not hit girls.”

ricegum’s admissions, however, may count as a confession of willful simple assault and property damage. According to LegalMatch,

“How Is Simple Assault Proven in Court?

The defendant must show the intent to threaten or scare an individual into believing he was going to be physically harmed.

Reasonable apprehension is defined as the victim perceiving a harm or threat made by the defendant as possibly happening. If the victim does not perceive the threat as real or directed towards them, then the threat has not created apprehension.

the victim must be harmed in some kind of way. This varies from hearing a threat of physical injury or unwanted touching.”

By admitting to grabbing her arm against her will, ricegum may have admitted to assaulting her.  Courts usually qualify simple assault as a misdemeanor.  Also known as misdemeanor assault, different states treat the crime differently.  However, the charge may result in monetary fines, and a minor jail sentence at a local county jail.

It may also open up the popular Asian YouTuber to a civil lawsuit, although unlikely.

Ricegum’s admission may also count as criminal damage to property.

Gabbie Hanna said in her original video that she reserves the right to seek legal action.

In a now-deleted video, ricegum openly mocked her wounds, attempting to show them as self-inflicted. Gabbie Hanna posted the video on her Twitter.

since he deleted himself mocking abuse, i figured id leave it here. nice back peddle. pic.twitter.com/GP9cvYD4Gb

You can watch Romeo Lacoste’s video below.

Everyone wondering what happened last night between Ricegum and Gabby. This is it. Not picking sides. Just someone who saw the whole thing. pic.twitter.com/UGBI6GSJJv