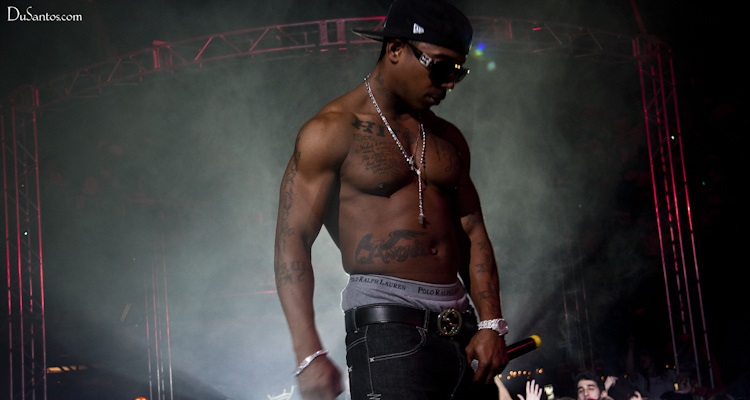 Billy McFarland, along with Jeffrey Atkins (Ja Rule), promised fans an unmatched luxury music festival experience in the Bahamas. McFarland and Atkins remained true on that promise through the Fyre Festival, just not in the way fans expected. Now, Ja Rule and McFarland are facing a hundred million dollar lawsuit.

The Fyre Festival would’ve provided fans with a unique experience: crystal blue waters, yachts, supermodels by day, music by night. From Miami, fans would’ve flown to The Bahamas in a VIP-equipped 737. Fans would then be taken to The Exumas, a remote island once owned by Pablo Escobar. Tickets for the Fyre Festival ranged from $450 up to $100,000. However, fans soon found problems, proving the festival to be nothing more than a get-rich-quick scheme.

When arriving at Miami airport, guests found themselves stranded with lengthy delays. Once they arrived at The Bahamas, workers dumped their luggage onto the beaches in the dark. Upon arriving at their destination, Twitter users described the scene: inadequate accommodation, leftover disaster relief tents, and a lack of much-needed medical care. One user even posted a picture of the festival’s promised “gourmet food.”

Hey @GordonRamsay what would you rate #fyrefestival gourmet meals? pic.twitter.com/SYJIgwAIYp

“The morning of the festival, a bad storm came in and took down half of our tents and busted water pipes. Guests started to arrive and the most basic function we take for granted in the U.S., we realized, “Wow, we can’t do this.” We were on a rush job to fix everything and guests were arriving and that caused check-in to be delayed. We were overwhelmed and just didn’t have the foresight to solve all these problems.”

He vowed to fix these problems in time for 2018’s Fyre Festival.

Ja Rule refused to accept any responsibility for the festival chaos. He posted a written statement on his Twitter account, stating,

Following the disastrous event, Daniel Jung, along with celebrity lawyer Mark Geragos, filed a $100 million lawsuit. Geragos has worked with top celebrities as well as artists, including Michael Jackson and Chris Brown. Filed in the Central District of California, the lawsuit slams the Fyre Festival as well as organizers Ja Rule and Billy McFarland.

“Defendants promoted their ‘Fyre Festival’ as a posh, island-based music festival featuring ‘first-class culinary experiences and a luxury atmosphere’ Instead, festival-goers were lured into what various media outlets have since labeled ‘a complete disaster, ‘mass chaos,’ and a ‘post-apocalyptic nightmare.’

“The festival’s lack of adequate food, water, shelter, and medical care created a dangerous and panicked situation among attendees…that was closer to “The Hunger Games” or “Lord of the Flies” than Coachella. Festivalgoers survived on bare rations, little more than bread and a slice of cheese, and tried to escape…in the only shelter provided…small clusters of ‘FEMA tents’…that were soaked and battered by wind and rain.”

As the weekend progressed, all the representations Ja Rule and McFarland made “proved false.” Due to the chaos, festival guests experienced significant emotional pain and suffering.

Second, McFarland and Ja Rule negligently misrepresented the event. Jung and Geragos reasserted the same list from the first cause of action.

Third, Jung, along with all festival guests, entered into a contract with festival organizers. McFarland and Ja Rule promised to provide lavish accommodations, top-tier cuisine, and A-level musical talent in exchange for money. Instead, they only provided accommodations “rivaling a refugee camp,” bread and cheese sandwiches, and no musical acts. To leave the event, festival guests spent thousands of dollars on emergency travel plans. (In fact, TMZ reports that celebrities were told in advance not to attend the event.)

Fourth, McFarland and Ja Rule engaged in disruptive behavior. They breached the implied covenant of good faith and fair dealings.

Based on the damages, the lawsuit asks for $100 million in relief. Along with Jung, it also anticipated “more than 150” plaintiffs.

Organizers have yet to respond for comments.

You can read the lawsuit below. It includes several images of the disastrous event posted on social media.