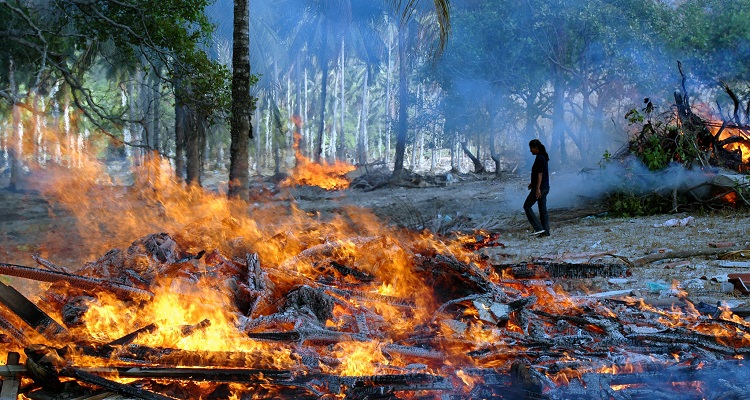 A preview of Fyre Festival 2018

So, 81% of festival-goers don’t mind delayed flights, staying in disaster relief tents, and hanging out with feral dogs. Well, that’s according to organizers, anyway.

To say that Ja Rule and Billy McFarland’s Fyre Festival was disastrous would be a gross understatement.  Festival-goers found poor food, horrible weather, delayed flights, feral animals, and a lack of medical care and shelter. Yet, 81% of people still want to come back to Fyre Festival next year.

Or so say the humiliated and discredited festival organizers.

Following the “mass chaos” that was Fyre Festival, organizers Ja Rule and Billy McFarland issued an apology. The Bahamas apparently lacked the necessary infrastructure to host a luxury music festival of Fyre Festival’s magnitude.  Instead of taking the blame, they said that they merely lacked the foresight to anticipate any problems. In a statement to Rolling Stone, McFarland said,

“We were a little naïve in thinking for the first time we could do this ourselves. Next year, we will definitely start earlier. The reality is, we weren’t experienced enough to keep up.”

Instead of offering fans full refunds in good faith, McFarland arrogantly presented fans with the option to score VIP passes. He also vowed to donate $1.50 per ticket to the Bahamian Red Cross. (McFarland didn’t specify how many people actually purchased tickets.)

Should fans forgive McFarland and Ja Rule, they would hold passes for a once-in-a-lifetime luxury experience for next year’s Fyre Festival. This comes despite The Bahamas’ recent ban on further festivals organized by Ja Rule and McFarland on the island. Speaking with TMZ, The Bahamas Ministry of Tourism barred the duo from doing any kind of business in the country.

So, does this spell the end of Fyre Festival? According to organizers, no, of course not. In an attempt to save face, an unnamed member of the management team told Rolling Stone,

After the original debacle, McFarland and Ja Rule got his with two hefty class-action lawsuits. The first, presented by Mark Geragos, claims the Fyre Festival descended into a chaotic mess rivaling The Hunger Games. The second lawsuit claims the duo breached contracts with festival-goers, committed fraud, and negligently mispresented the music festival. Geragos asked for $100 million. The second lawsuit didn’t specify an amount.

McFarland and Ja Rule appear unfazed by the mess. Both have already mapped out the 2018 follow-up. Ignoring the previous mess, and once again refusing to take blame, McFarland told Rolling Stone,

“There will be make-up dates, May 2018 in the U.S., free for everybody who signed up for this festival…It’ll be not just music, but all forms of entertainment. The one change we will make is we will not try to do it ourselves. We will make sure there is infrastructure in place to support us.”

Featured image by ILO in Asia and the Pacific (CC by 2.0)