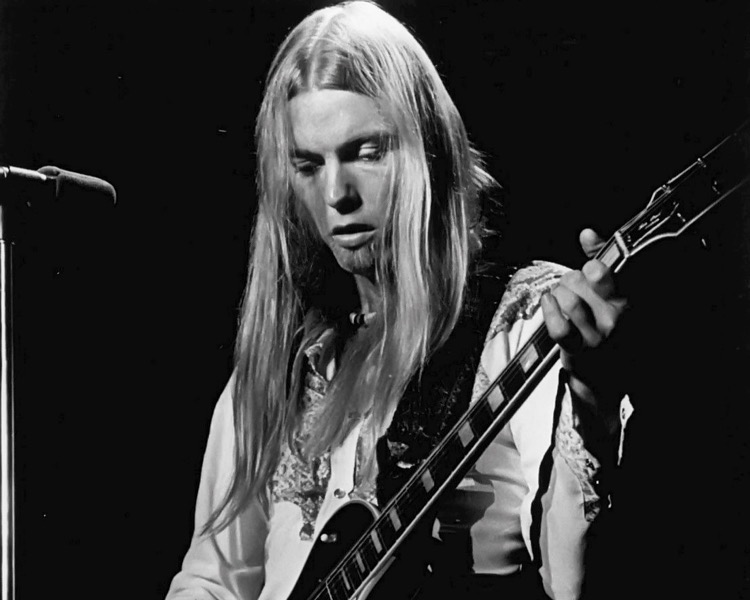 Gregg Allman has passed away at 69, according to details confirmed by the singer’s family.  Allman gained notoriety as a founding member of the Allman Brothers Band in the 1970s, and subsequently spun a successful solo career.  Allman remained committed to his music until his death, though his final years were hampered by health issues.

On Saturday, May 27th, surviving family members confirmed Gregg Allman’s death on allmanbrothers.com.  “It is with deep sadness that we announce that Gregg Allman, a founding member of The Allman Brothers Band, passed away peacefully at his home in Savannah, Georgia,” the note stated.

“Gregg struggled with many health issues over the past several years.  During that time, Gregg considered being on the road playing music with his brothers and solo band for his beloved fans, essential medicine for his soul.  Playing music lifted him up and kept him going during the toughest of times.”

“Gregg was an incredible partner and an even better friend.  We will all miss him.”

Gregg Allman’s longtime manager and friend, Michael Lehman, offered the following condolence. “I have lost a dear friend and the world has lost a brilliant pioneer in music,” Lehman stated.  “He was a kind and gentle soul with the best laugh I ever heard.  His love for his family and bandmates was passionate as was the love he had for his extraordinary fans.

“Gregg was an incredible partner and an even better friend.  We will all miss him.”

Gregg Allman’s death closely follows the suicide of Allman Brothers drummer Butch Trucks.  In January, Trucks killed himself in a grisly manner, allegedly because of mounting debt.  Gregg Allman’s brother, Duane Allman, died in a motorcycle accident at the height of the Allman Brothers’ popularity in 1971.

Eerily, Allman Brothers bassist Berry Oakley died in a motorcycle accident roughly one year later.  And both died after high-speed, horrific collisions just blocks away from each other.

Sadly, the tragic deaths of Duane and Berry came after years of struggle.  Both were in their early 20s, but had already endured years of obscurity before finally hitting it big.  Once fame hit, tragedy came along with it.

Gregg Allman obviously avoided a similar fate.  But the deaths of Duane and Berry introduced a long, rotating cast of other members, and essentially crushed the core musical soul of the group.  In fact, Gregg credited Duane with being a core creative force.

Gregg subsequently plunged into drug addiction, and even ratted out the band’s manager to avoid jail time.

The Allman Brothers officially started in 1969, and released their debut album that same year.

In 1971, the group released the critically-acclaimed At Fillmore East, though three months later, Duane Allman passed away.  By 1976, the group disbanded, but reunited at points following.

The group’s last show as in 2014.  Other founding members Dickey Betts and Jai Johanny “Jaimoe” Johanson are very much alive.