24 Year-Old Overdoses on Ecstasy at EDC. Is That Insomniac’s Fault? 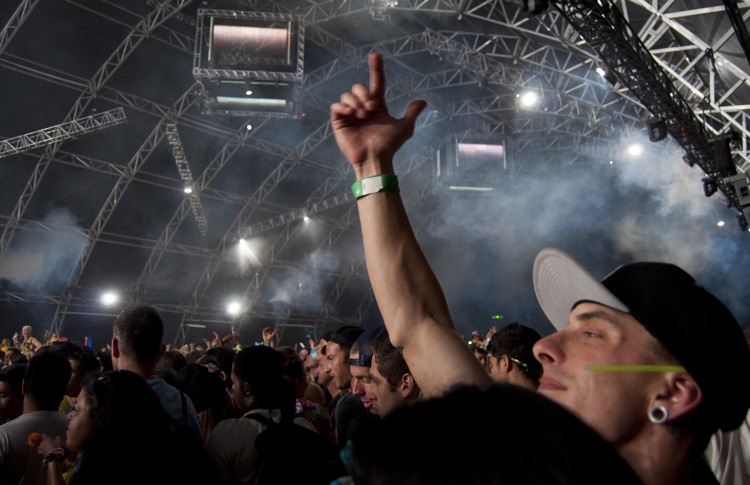 People take drugs at festivals.  A ton of them.  And they OD on them if they’re not careful.  But is that the fault of festival promoters like Insomniac and Live Nation?

I was actually at Electric Daisy Carnival in Las Vegas in 2015.  And I saw someone getting frantically stretchered out while he was convulsing.  It wasn’t pretty, but somehow this life-ending sequence was drowned out by noise, lights, fireworks, and people.  People hardly noticed, in fact.  And if you’ve been to a rave (or any festival) recently, you might have seen a similar scene unfold.

People take a ton of drugs at festivals.  Oftentimes sketchy ones in huge quantities.  They rarely test them beforehand, or vet the dealer.  Sometimes they overdose, other times they come close.

Which is exactly what happened to 24 year-old Nicholas Tom on June 22nd, 2015.  Basically, Tom overloaded on ecstasy and started overdosing during the event.  He died in a medical tent at the Las Vegas Motor Speedway.

What happened next is now the focus of a lawsuit against Insomniac Holdings LLC and its parent, Live Nation Entertainment Inc.

In the suit, Nicholas Tom’s father alleges that Insomniac was ill-prepared to handle such emergencies.  The staff was untrained, and water wasn’t even available in sufficient quantities to handle the emergency.  As Nicholas struggled with a drug overload, friends and other concertgoers frantically hauled him to the tent for assistance.  It was a life-or-death situation, and Nicholas Tom didn’t make it.

If you’ve ever been to EDC (or basically any other crowded rave or even festival), you can relate to the next sentence.  This is pulled straight from the lawsuit:

“Good Samaritan bystanders witnessed Nicholas seizing on the ground and foaming at the mouth and tried to help, but the music was too loud.”

Actually, getting to the medical tent seems like an achievement given the chaos.  But according to the lawsuit, Nicholas was left unattended for nearly an hour.  “The victim died on the floor of the medical tent after not receiving any medical care for at least one hour,” the lawsuit alleges.

So who’s fault is that?

Of course, this is all an extremely sad story.  Nicholas was at the beginning of his adult life, having just graduated from UC Irvine in 2013.  He made a really stupid mistake, and seriously paid the price for it.

But he was also the one that acquired the drugs, and made the decision to take them.  Additionally, Tom (or someone in his group) may have snuck the drugs in, bypassing standard checks at the entrance (and yes, they check).

That said, Insomniac and Live Nation aren’t stupid.  They’re undoubtedly aware that drugs are a major part of EDM culture, and a constant at their events.

But does that mean it’s their responsibility to keep people from taking them?