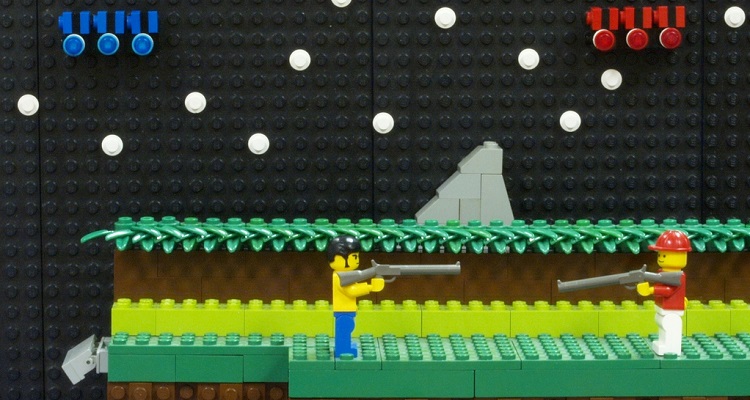 Capitalizing on the success of vinyl, Mondo will introduce the vinyl record release of Konami’s popular old-school shooter, Contra.  The move may signal other, upcoming soundtrack releases from classic games on vinyl.

This year, Konami’s Contra celebrates its thirtieth-year anniversary.  First released as a coin-operated arcade shoot ‘em up, the game reached popularity on various home platforms.  Up to two players can take control of elite armed commandos tasked with taking down extraterrestrial menaces.  The game featured a punishing difficulty level that players loved, and also helped popularize the famous Konami Code.

What’s that?  Introduced on 1986’s Gradius on the NES, a series of button presses would allow the player to start Contra with thirty lives instead of three.  Soon thereafter, the game was released on the NES, SNES, Sega Genesis, Playstation, and Nintendo DS.  Players could also download the games on their mobile iOS and Android devices. 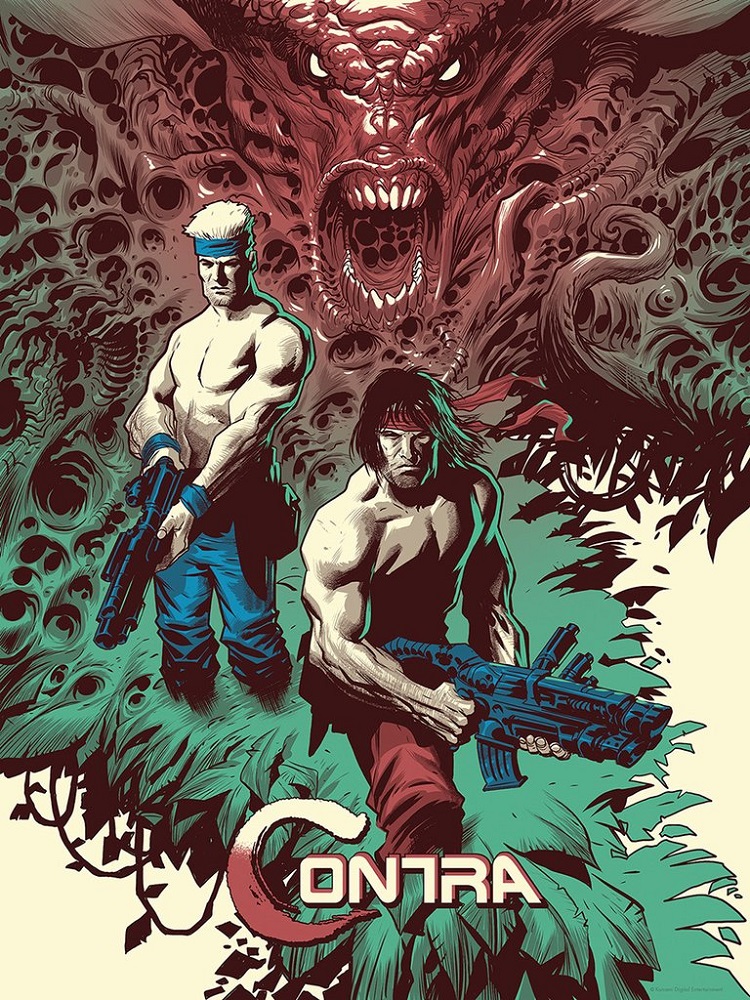 Along with the poster, Mondo will also sell the original video game soundtrack on vinyl.  Featuring audio from the arcade and NES versions of the game, the soundtracks are credited to Konami Kukeiha Club.  The group has created iconic soundtracks for popular games including Metal Gear and Castlevania. 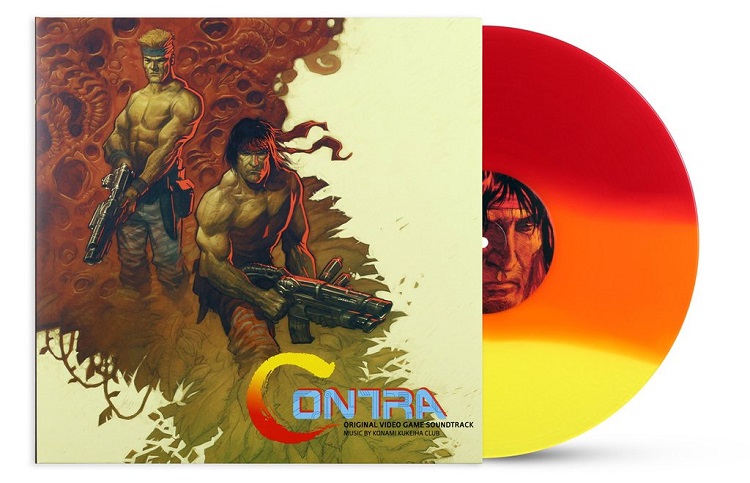 On their Twitter account, Ship to Shore Phono Company announced the upcoming vinyl release of another video game soundtrack.  The release of Konami’s The Adventures of Bayuo Billy will include the original NES/Famicon soundtrack remastered for vinyl.  Along with the vinyl record, fans will find a collectible Obi strip, cover art by Drew Wise, a poster, and linear notes.