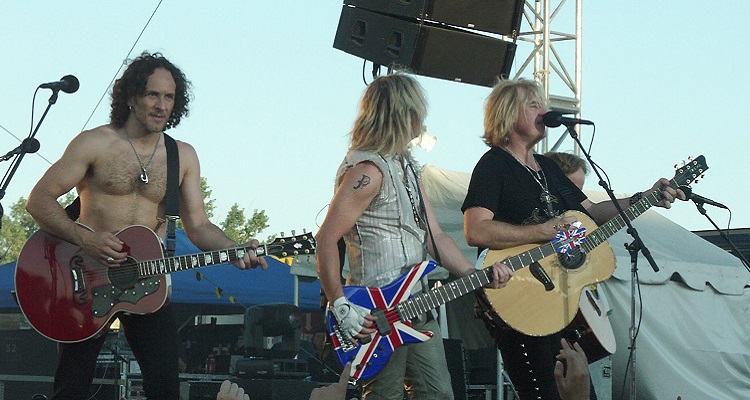 Thanks to piracy, Def Leppard has gained a new wave of young fans.

Several months ago, and much to the chagrin of music executives, Ed Sheeran made a stunning confession.  He admitted that he owes his success to rampant piracy.  Now, in a recent interview, Def Leppard’s guitarist made a similar confession.

“The way the band works is quite extraordinary.  In recent years, we’ve been really fortunate that we’ve seen this new surge in our popularity.  For the most part, that’s fueled by younger people coming to the shows.”

Campbell attributed the group’s popularity among the next generation of fans to music piracy.

“We’ve been seeing it for the last 10, 12 or 15 years, you’d notice younger kids in the audience, but especially in the last couple of years, it’s grown exponentially.  I really do believe that this is the upside of music piracy.”

And it’s not just Def Leppard: other groups like Iron Maiden have experienced a similar lift.  Campbell explained that music piracy has helped classic rock groups like Def Leppard stay in the limelight.  While not completely praising piracy, he added,

“You know, people bemoan the fact that you can’t sell records anymore, but for a band like Def Leppard at least, there is a silver lining in the fact that our music is reaching a whole new audience, and that audience is excited to hear it and they’re coming to the shows.  It’s been fantastic.  There’s a whole new energy around Leppard, in fact.  I think we’re playing better than we ever have.”

This year, Def Leppard celebrates their fortieth anniversary. The group was first formed in 1977 in Sheffield.

“…Illegal fire sharing was what made me.  It was students in England going to university, sharing my songs with each other.”

Meanwhile, on popular piracy hubs like The Pirate Bay, Def Leppard albums remain wildly popular.  As you might expect, Def Leppard’s Greatest Hits is highly-traded example, though plenty of fans are grabbing the band’s entire discography.