Ed Sheeran: ‘Illegal File Sharing Is What Made Me” 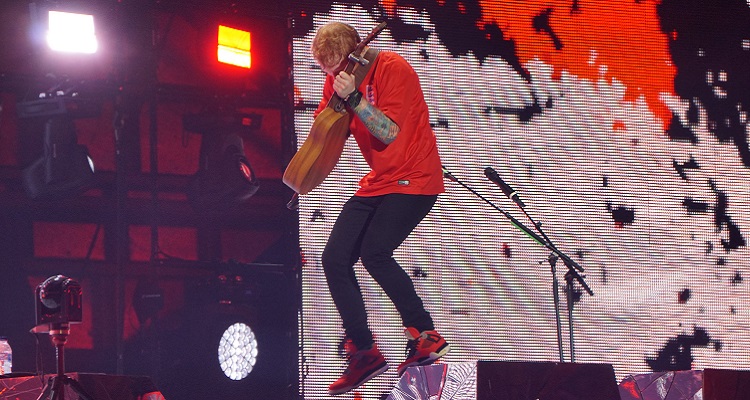 To say Ed Sheeran is having a good 2017 would be a severe understatement. His latest album singles have broken Spotify streaming charts at least three times already. He also became the first artist to have two simultaneous top 10 debuts in Billboard history.

So what led to such massive success?

Sheeran recently spoke to CBS’ Mark Philips.  After showing Philips the literal ‘Castle on the Hill,’ Sheeran opened up about his past.  Sheeran started his music career as an independent artist.  He went to London and sang in street corners and pubs.  Yet, he told Philips that he didn’t get in contact with record labels, or wait until someone discovered him.  Instead, he marketed his own music, releasing on music websites.

Here’s the best part: Sheeran earned half a million dollars from independent sales. He explained,

So, what does Ed Sheeran owe his massive success to?  Piracy, surprisingly enough.  Fans started sharing music in what the music industry considers the “seedy pirate underground.” He explained,

“It was file sharing. I know that’s a bad thing to say, because I’m part of a music industry that doesn’t like illegal file sharing.”

“Yeah, but illegal fire sharing was what made me.  It was students in England going to university, sharing my songs with each other.”

When his first album, Plus (+), came out, he had a solid following, thanks in large part to piracy.  When Multiply (X) came out, it scored the top spot in the UK and the US.

Yet, after finding unprecedented mainstream success, Sheeran simply vanished from the spotlight. He told Philips why he suddenly disappeared.

“Not losing touch, but I was definitely in a spiral work and partying that probably would’ve ended not well.  But also, I think, as much as I needed a break, I think the public needs a break from you.  If you continually are just in everyone’s face the whole time, eventually they’re gonna be like, ‘Eehhh, yeah, you know what, I’m cool.’”

So, does Sheeran still consider file sharing helpful? No. He told Philips,

“I don’t think file sharing exists now.  I think people rip off YouTube.  That’s a thing.  But I feel like it’s so easy to stream.”

So maybe it’s time to reconsider our notions of piracy?  Despite the music industry’s constant attack on piracy, it certainly helped secure a top spot for Ed Sheeran.