YouTube Cares About Paying Creators So Much, They’re Running Ads for Video Ad-Blockers 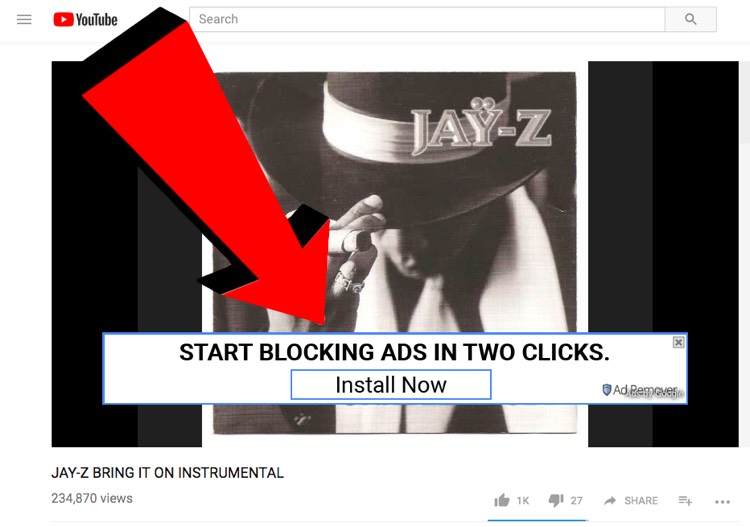 Riddle me this: how does one make money on an ad that advertises its own extinction?  Such is the perplexing question now surrounding YouTube, which has been constantly running advertisements for video ad-blockers.

Which is strange, because the company has been going into overdrive to convince artists that its payments are fair.  Just last month, YouTube music executive Lyor Cohen claimed that artists were being paid a $3 CPM (that’s $3 for every 1,000 plays).

And if you thought that was too good to be true, you’re probably correct.  It turns out that this was just a US-based ad with a couple of other unique qualifiers.  But Cohen promised that YouTube was ‘working its ad hustle like crazy’ to improve payouts in other territories:

“Why doesn’t anyone know [the $3-per-1,000 views royalty figure]? Because YouTube is global and the numbers get diluted by lower contributions in developing markets. But they’re working the ads hustle like crazy so payouts can ramp up quickly all around the world. If they can do that, this industry could double in the next few years.”

Of course, that ‘hustle’ depends on an ad actually running.  Which is exactly what an ad-blocker prevents.

Here’s the non-stop ad-blocking ad we witnessed over the weekend. 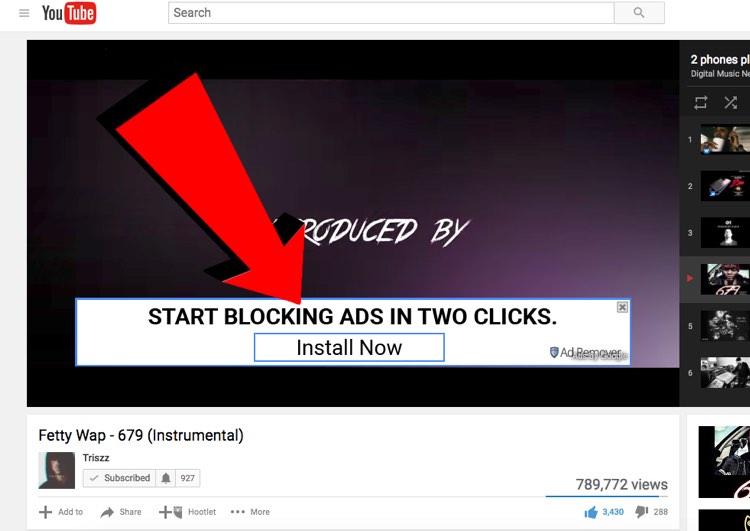 And this isn’t a single campaign for an isolated company.

Looks like video ad-blocking is a juicy market.  Accordingly, here’s what we noticed over the summer. 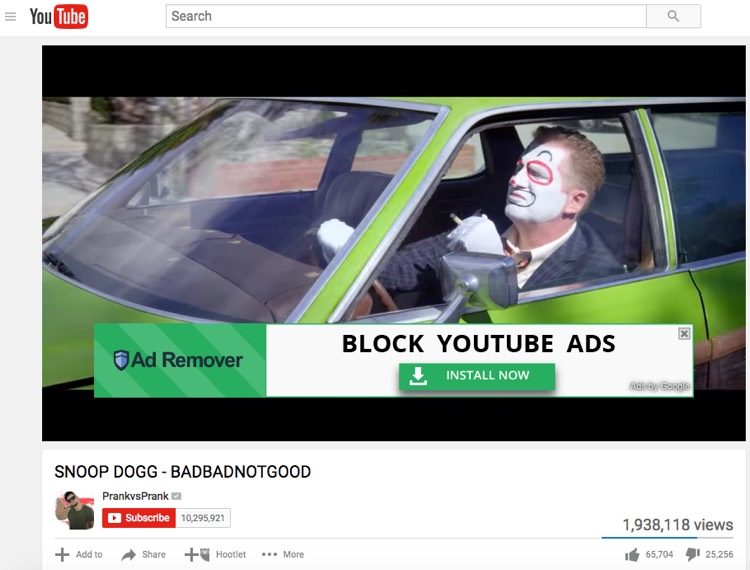 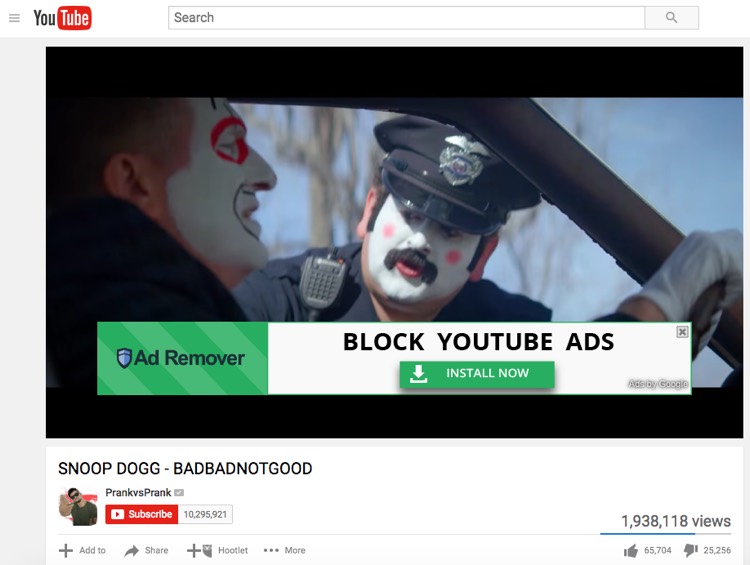 All of which looks like a downward spiral for monetization.

It’s pretty easy to figure out this game.  The more ads promoting ad blockers, the fewer ads get shown in the future.  Keep running the ad-blocking ads, and you’ve killed your entire revenue stream.

Sounds precipitous, but it’s hard to imagine why YouTube keeps approving these ads.  After all, ad-free viewing means zero money for everyone, including YouTube itself.

All of which drastically decreases your chances of actually getting a $3 CPM.