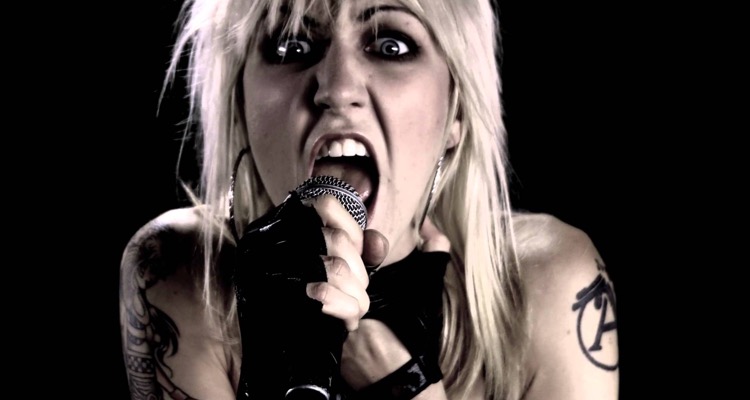 Canadian punk band Zex is still reeling from the past few days.

Yes, you could make this stuff up.  But it would be a really weird story.

Last week, the band Zex woke up to a strange development.  Their album was accidentally pressed onto Beyonce’s vinyl release of Lemonade.  So, thousands of Beyonce fans were suddenly introduced to a completely different sounds.  Which is actually the greatest thing that could happen to a small punk band from Ottawa.

And the best part?  A lot of them liked Zex.  According the group, some Beyonce fans Shazam’d the music.  Then, they started checking Zex out.  Another group actually went back to the record store to (a) return their Lemonade LP, and (b) see if Zex was in stock.

After all, maybe Beyonce was in on it!  Maybe this was her crazy side project.  Either way, it was a strange story that may have been the break these guys needed.

The band seemed to be taking it in stride.  “Those of you who got the new Beyonce record ‘Lemonade’, may be surprised to hear what will be playing on the A-Side…” the band posted on Facebook.

And here’s what awaited those who purchased Beyonce’s Lemonade LP.

All of which was a manufacturing mishap from the heavens.

Even if this happened to the Foo Fighters, it would be welcomed publicity.  Just because it’s so unexpected — and face it, people have pretty much seen it all these days.

So just as fans were rushing to check this ‘Zex’ out, something equally unexpected occurred.  The band’s label, Magic Bullet Records, straight up dropped the band.  That is, two days later.

Turns out the guitarist has some abusive allegations against him.  Plus, he’s in an open relationship with the band’s lead singer, Danielle Steel.

So what were the allegations?  We’re not sure, but Magic Bullet said that venues and stores were actually boycotting the group based on the allegations.  And another victim apparently came forward.   As far as we know, the guitarist hasn’t been convicted of anything, but hey.

Accordingly, the label took the extreme measure of dropping the band.

And, offering refunds to any customer.  And, donating proceeds out of their own pocket to domestic abuse charities.

A Statement from Magic Bullet Records Regarding Zex
Sep 19 2017

In light of ongoing and recent accounts of alleged sexual assault tied to ZEX guitarist Jo Capitalcide, the routine boycotts of promoters, venues, and record stores when the band is booked or carried, and information shared first-hand by singer Gretchen Steel to the label about Jo’s behavior in their open relationship (which corroborates one of the accounts sent to the label by a survivor within the past 24 hours),  Magic Bullet Records is hereby dropping ZEX from its roster of artists, effective immediately.

While neither of the band’s two albums with the label have recouped, we will still be making donations to both RAINN and Cornerstone Housing for Women in the band’s hometown of Ottawa, Ontario. We highly respect the work of both organizations and encourage survivors both locally and abroad to utilize their services and support.

For anyone that purchased either LP from us: full refunds are being offered. Contact [email protected] with your order number and we will get back to you with a return label and info.

We have always subscribed to the punk notion of “looking out for one another.” Our hearts and support go out to survivors worldwide.

Guess a brush with fame was all it took to destroy this group.  Welcome to the music business.