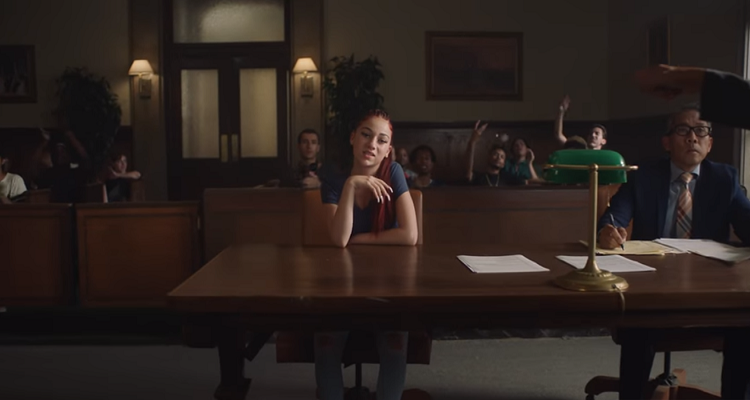 In just three weeks, ‘Cash Me Outside’ artist Danielle Bregoli (Bhad Bhabie) has become a top-charting rapper.  But will anyone remember her three years from now?

The traditional music industry follows the ‘Superstar Business Model’.  Major labels run this industry.  They focus solely on how to make the most amount of money in a very short timeframe.  Labels often sign artists, then quickly forget about them if they don’t earn enough money.

The second music industry follows the ‘New Music Business Model’.  This industry is composed of hard-working independent musicians.  Variety nor TMZ, argues Herstand, will ever write about them.

So, which one does the ‘Cash Me Outside’ artist fall into?  Take a wild guess.

And so far, the label has struck gold.

“People hating on that cash me outside girls songs.  But it’s not even that bad, I’ve heard worrrrst.

“The “cash me outside” girl hands released some haaard tunes yano.

“YOO THE “CASH ME OUTSIDE” GIRL JUST DROPPED TWO NEW SONGS TELL ME WHY IM BUMPING TO THIS SO HARD!!!!!!

“I know this may sound f—-d up…but I actually like cash me outside girls music.”

“Cash me outside girls song not that baddddddddd.”

At just 14, Bhad Bhabie has found massive success.  Yet, Herstand made a blunt statement on her sudden rise to fame, one that may ultimately prove true.

“I don’t care about Bhad Bhabi.  And neither will anyone else (especially not Atlantic Records) in 3 years’ time.”

He also lamented that major labels will continue to search for artists like Bhad Bhabie.  Labels won’t spend time on developing their talent in the long-run.

In a call to all artists, Herstand wrote,

“So, both of these industries are existing.  Simultaneously.  One run by musicians defining their own career destinies.  And the other by money-hungry opportunists.