Indie Band Gets 79,000 Streams In a Month, Spotify Bans Them for Life 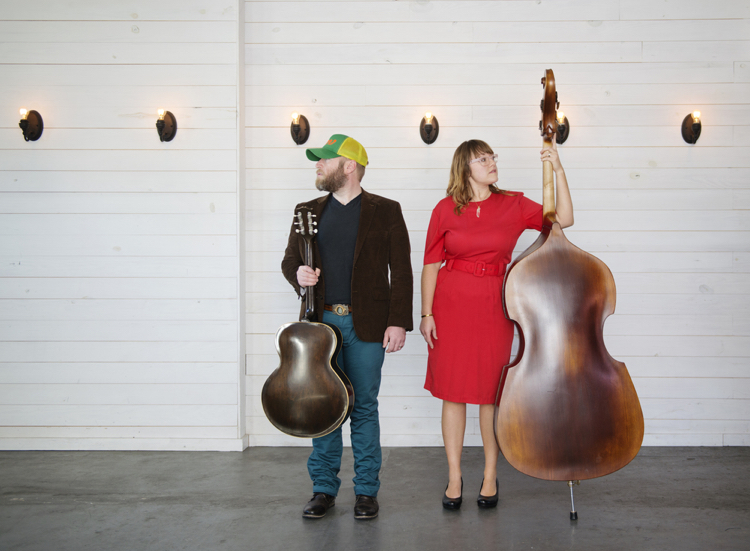 Smokey and the Mirror

Indie folk band Smokey and the Mirror thought 79,000 plays on Spotify was a success.  Spotify thought it was fraud.

Last week, musician Ari Herstand found his album temporarily removed from Spotify after using a stream-boosting service.  But that pales in comparison to the story surrounding folk band Smokey and the Mirror.

This actually dates back to 2015, when the up-and-coming folk duo decided to upload their new album onto Spotify.  Using CD Baby, the band distributed the release — called Thin Black Line — onto the streaming platform.  Then, the band rallied their fanbase to check it out.

The result was a surge of streams.  The band says it all came from real fans, but Spotify disagreed.

Here’s how the band described the situation:

“We are a folk band.  We get by on a shoestring.  We raised just under $5,000 from our fans to help record our last album, Thin Black Line.  We put roughly $5,000 of our own money into the album as well.  It meant the world to us that so many folks cared enough to donate their hard earned money to our artistic endeavors.  We went into the studio and made an album that we are proud of and that we felt honored the investment our fans made in us.

“We released Thin Black Line on April 15th. We put a lot of time and energy into the decision to load our album onto Spotify. We listened to what other artists like Taylor Swift and Jason Isbell had to say against Spotify.  We were with their viewpoint at first, but then we also started to notice fewer and fewer folks buying our CDs at shows.  We even called our distributor, CD Baby, to ask a few questions about whether or not we should be on Spotify.

“We asked our rep, ‘Why should have our music on Spotify?’ She answered with a question, ‘Do you want your music to be heard by anyone under 30?’ We caved. We made a 180 in our thinking about Spotify and got with the times.”

Here’s where the controversy starts.  Smokey and the Mirror says their small fanbase rallied to the cause, listening to the album over and over again.  Bryan Hembree of the band told Digital Music News that a local bookstore had put the album on repeat, possibly triggering an alert.

Spotify called bullshit on that.

“The album came out on April 15th and was released on Spotify around that same time.  We made a big push with our fans. 2,500+ Facebook fans and roughly 4,000 folks on our email list.  We asked them to have a listen.  Many of our fans were not Spotify members.  Some of them wrote to us and told us that they were signing up for Spotify just so they could listen to our album and support our music.

“Even our favorite local bookstore, Nightbird Books, starting playing our album in the store.  We were overwhelmed by the support.  We still are overwhelmed.  It has been so amazing to hear from folks who have truly enjoyed the album and have listened to it multiple times.  Many folks admitted that they wouldn’t have bought the CD but that Spotify gave them a way to listen to and fall in love with the album.

“Today we were notified by our distributor, CD Baby, that Spotify removed our album because they analyze the listening data on our album and felt that it was excessive and that the listening was coming from a small group of listeners and/or the listeners were predominantly listening to our album more than other content on Spotify.”

The group tried to appeal, but the decision was final.

“We were shocked. We inquired and it turns our that Spotify has removed our album and WILL NOT reinstate it. In our option it seems that Spotify is not working for independent artists.”

Bryan says he can’t recall the exact number of plays that triggered the ban.

But one Spotify community moderator pointed to a suspiciously high play count given the broader number of followers.  Other factors may have triggered alerts, including plays over a short period of time or from a dense geographic concentration.

“Where did those mysterious 4,000 fans come from, and then listen to the album but then mysteriously did not follow the artist?  Something is not correct.”

The band totally disagreed, and pulled all of their music from the streaming platform.

Disheartened, they also didn’t try to collect a $474  payment.

“Just so you get an idea about the revenue from 79,000 listens it equates to roughly $474.  Is this the financial loss that Spotify is worried about?

“At this point it sounds like Spotify will not be paying the $474 in royalties from our listens.  We can live with this, we will book another gig.  But, it got us thinking, why would they care enough to withhold such a small sum from a small time, independent band? It just doesn’t feel right.

“In the end, we are going to pull our other music from Spotify.  They don’t deserve it.  They won’t care, they have already made what they wanted from us. We spent the last two months trying to get our entire fan base to get interested in Spotify.  Even if 100 of our 4,000 fans signed up as new premium subscribers, that is $12,000 of revenue (annualized) to Spotify, they are also opting to keep the $474 in royalties they would have had to pay out on our album listens.

But maybe there’s a happy ending here (sort of)…

After two long years, there’s been a break.  The original album remains banned for life.  But the platform is now accepting other releases.  That includes Rag & Bone from 2013, which is a pretty good folk album and is getting thousands of plays.

Check it out — but try not to listen too much!