Chance the Rapper’s ‘Come Back, Barack’ Could Become a Chart-Topping Single 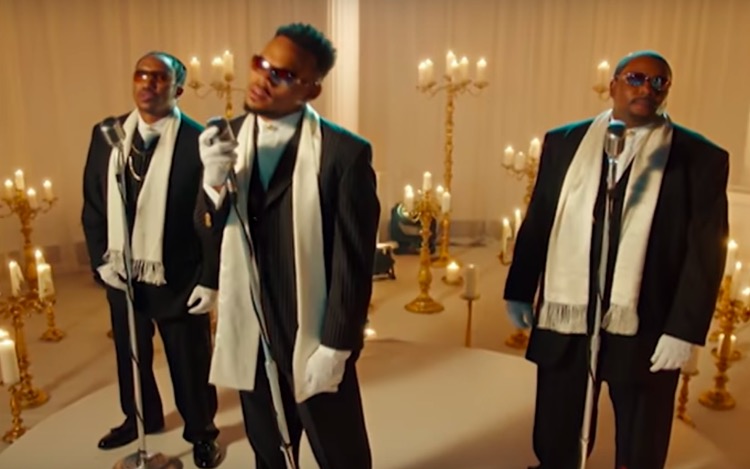 Sometimes the most powerful political messages are comedic.  And it also helps to have a powerfully effective messenger delivering the punchline.

Enter Chance the Rapper, who’s been capturing the imagination of fans and the music industry folks alike.  He’s also proven powerfully-effective in the societal arena as well, particularly in his hometown Chicago.

That is, Barack Obama.

The group is led by Chance the Rapper, with Kenan Thompson and Chris Redd bringing it together.  The result is a fabulous throwback, down to the outfits and baritone talk-overs that make 90s r&b so perfectly campy.  And yeah, it’s pretty much a perfect dose of a bygone musical era.

And the motif?  An ‘I want you back’ theme juxtaposed onto the presidential stage.  Perfect.

Now, rumors are pointing to a broader release.

Let’s see where this goes.  But we’re already hearing that Chance & Co. are scheming to upload this as a single onto iTunes.  That could set the stage for a humorous number one, especially if fans rally around the cause.

But a release on Spotify, Apple Music, Amazon Music, and other platforms may also be in the cards.  A multi-platform release could set the stage for an interesting political statement, with fans buying, streaming, and favoriting the track to push up its chart position.

Not sure how impactful that will be in Washington.  But hey, it’s dark comedy for the Blue States to enjoy.