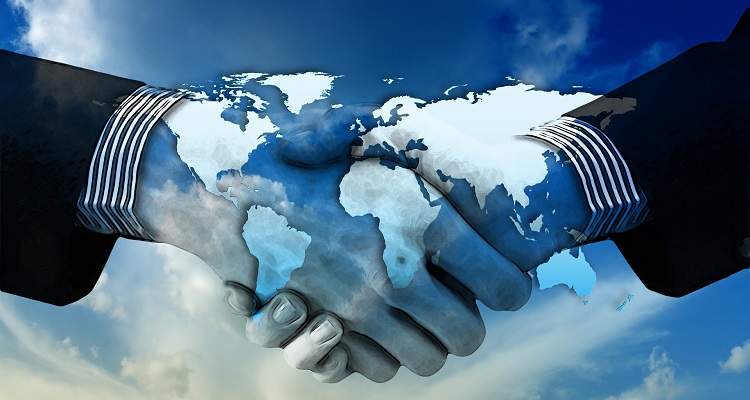 With Spotify and Tencent set to invest in each other’s respective stock listings, what could this mean for the music industry?

Chinese internet giant Tencent Holdings and Spotify AB have engaged in talks to own up to 10% in each other’s businesses next year.

According to the Wall Street Journal, the proposed deal would “align the two services in future licensing negotiations with major music labels.”

Ahead of its rumored May IPO, Spotify has an estimated valuation of $16 billion — and rising.  Investment bank GP Bullhound believes that the number may rise to $20 billion once Spotify goes public.  In addition, analysts believe that the streaming platform will reach $100 billion in the long-term.

After acquiring a controlling stake in China Music Corp last year, Tencent Music has an estimated valuation of $6 billion.

Like Spotify, Tencent Holdings plans to take its music platform public next year “to monetize its three-music streaming apps.”  A source told WSJ that Tencent Music may list either in New York or Hong Kong.  Their IPO would launch “near the end of the first half of the year.”

What does the deal mean for the state of streaming in the music industry?

With a combined negotiating power, both music platforms may be able to negotiate lower royalty payments.  This could theoretically lead to lower payouts to artists and record labels.

On the other side of that table, UMG, WMG, and Sony Music have significant shares in Spotify.  Tencent Music has also paid “steep prices to control the master Chinese licenses for the big three record labels” in the country.

According to analysts, the deal may help Tencent Music “learn” from Spotify.  Out of 140 million users worldwide, the Swedish music platform has converted 46% of its users to paid subscribers.  Spotify last reported well over 60 million paid subscriptions.  The Wall Street Journal writes that “only a fraction of Tencent Music users pay for content.”  The Chinese music company reportedly has 700 million monthly active users, a huge jump over Spotify.  Analysts believe, though, that 2-3% of its total users pay for subscriptions (around 14-21 million).

With a 10% stake in the Chinese company, Spotify could have an easier time —  if and when it launches in China.

Likewise, Tencent Holdings may soon have a significant foothold in the American music streaming market.  Several months ago, the Chinese government placed new rules on outbound investment.  Accordingly, film and entertainment companies now face limitations on overseas investments.  Mark Mulligan believes that with an equity swap, Tencent Music could get around these restrictions.

And make no mistake: the wheels are already turning fast on foreign investment.  Last month, as Snap’s shares plunged, the Chinese internet giant increased their stake in the company to 12%.  In addition, a source told TechCrunch that Tencent Holdings had tried to purchase Spotify earlier this year.  With a 10% stake in Spotify, the Chinese internet giant could easily become a key player in the US digital market.

Spotify and Tencent Holdings have yet to issue a statement on the possible deal.