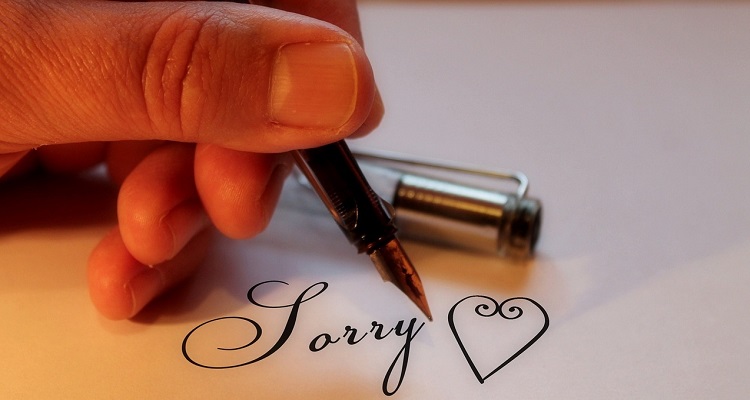 Patreon founder Jack Conte:  “We messed up. We’re sorry, and we’re not rolling out the fees change.”

Under the new system, patrons would have to pay an additional 2.9% for individual pledges along with a 35 cent fee.  This change would apply to all paid posts on the popular crowdfunding platform starting December 18th.

The response was swift and brutal.  As patrons quickly fled the platform, creators condemned the changes.  The new fees would most affect users who regularly donated $1 to support multiple creators on the crowdfunding platform.  Patrons found that for a $1 donation, they would have to pay $1.39.

The problem?  No one bought it.  Some content creators, including Smarter Every Day, had shut down their pages.

Now, after a firestorm of criticism, the company has issued an apology.  Earlier today, Patreon announced that they would completely scrap the proposed changes. 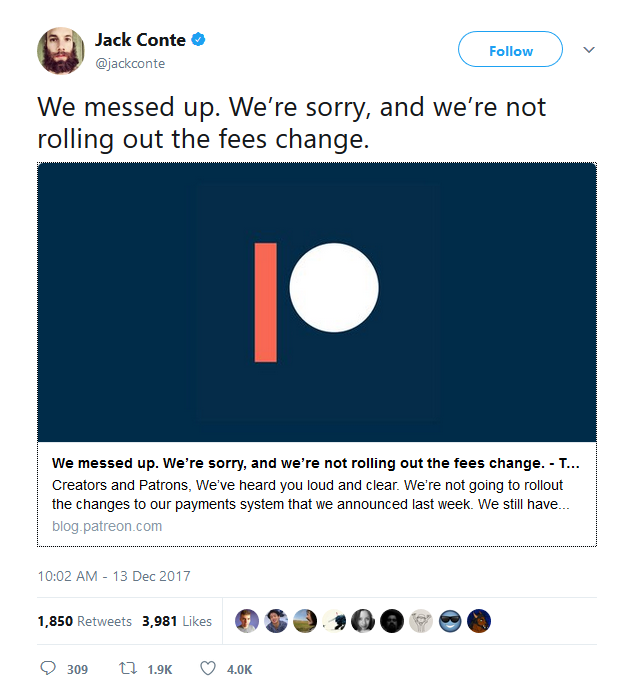 You can check out the full statement below.

We’ve heard you loud and clear.  We’re not going to rollout the changes to our payments system that we announced last week.  We still have to fix the problems that those changes addressed, but we’re going to fix them in a different way, and we’re going to work with you to come up with the specifics, as we should have done the first time around.  Many of you lost patrons, and you lost income.  No apology will make up for that, but nevertheless, I’m sorry.  It is our core belief that you should own the relationships with your fans.  These are your businesses, and they are your fans.

I’ve spent hours and hours on the phone with creators, and so has the Patreon team. Your feedback has been crystal clear.

The new payments system disproportionately impacted $1 – $2 patrons.  We have to build a better system for them.  Aggregation is highly-valued, and we underestimated that.  Fundamentally, creators should own the business decisions with their fans, not Patreon.

We overstepped our bounds and injected ourselves into that relationship, against our core belief as a business.

We recognize that we need to be better at involving you more deeply and earlier in these kinds of decisions and product changes.  Additionally, we need to give you a more flexible product and platform to allow you to own the way you run your memberships.

I know it will take a long time for us to earn back your trust.  But we are utterly devoted to your success and to getting you sustainable, reliable income for being a creator.  We will work harder than ever to build you tools, functionality, and income, and our team won’t rest until Patreon is making that happen.

If you haven’t sent us a note yet, or if you don’t see your concerns listed above, please leave us your feedback here.

Thanks for continuing to create.  We are nothing without you, and we know that.