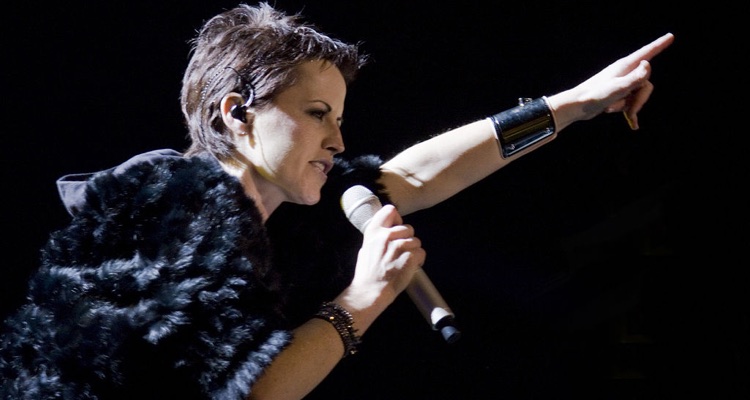 The Cranberries lead singer Dolores O’Riordan has passed away unexpectedly at age 46.  At present, representatives are refusing to disclose the cause of death.

The iconic, Irish-drenched vocals of Dolores O’Riordan are no more.  Early this (Monday) morning, the singer passed away at the young age of 46.

Representatives of the singer confirmed the death.  But they declined to offer a reason for the singer’s passing.

At present, we only know that O’Riordan passed away in London, specifically at her hotel in Westminster.

O’Riordan branded the sound of the super-successful, late-90s band.  Hits like ‘Linger,’ ‘Dreams,’ and ‘Zombie’ were radio staples for the Cranberries, and powered multi-platinum albums.  They also filled stadiums, part of a musical enterprise born in Ireland.

The Cranberries’ run spilled into the early 2000s, and the band ultimately split in 2003.

Indeed, the Cranberries were quintessential winners in the earlier music industry, one anchored around big radio hits and high-priced CDs.  That game plan has since evaporated, though the band has enjoyed a nostalgic fanbase.

That may have motivated a 2009 reunion.  Of course, the band’s peak had long since passed, though a core group of fans remained interested.

Those fans are undoubtedly puzzled by the death, and suspect a tragic ending.

Last year, the band was forced to cancel most of a European tour based on O’Riordan’s health issues.  But according to the band, O’Riordan was struggling with a bad back, not a life-threatening disease or illness.

+ Korn Guitarist on Chester Bennington’s Suicide: ‘Giving Up on Your Kids, Fans, and Life is the Cowardly Way Out’

Closer to the present, the death is causing a ripple of reactions, particularly in Ireland.  “Dolores had an immense influence on rock and pop music in Ireland and internationally,” commented Irish president Michael Higgins.

Other condolences are pouring in.  A book of condolence will be opened in O’Riordan’s hometown of Limerick this week.